Mental health advocates finally have the big-ticket funding package they’ve long campaigned for, with a co-ordinated $2.2 billion suite of initiatives to support patients and identify those most at risk.

Mental health advocates finally have the big-ticket funding package they’ve long campaigned for, with a co-ordinated $2.2 billion suite of initiatives to support patients and identify those most at risk.

In a funding commitment in line with pre-budget speculation, and already ticked off by mental health experts advising the government, the budget delivers an additional $1.5 billion over five years — adding to the $624 million pledged during the election and last year’s budget — for primary care treatment, mental health support agencies and targeted investment in early diagnosis for young people.

The government has also promised to better co-ordinate services, with just one point of contact for all care needs. More than 400 new community mental health workers will be employed to assist an additional 18,000 people over the next five years, the government claims.

And as already flagged by the government, a new Mental Health Commission will be established to report directly to the prime minister on progress of the package.

The government has played catch-up on the issue, with opposition leader Tony Abbott promising a multi-billion dollar package at the last election. Julia Gillard vowed to make the issue of mental health a key priority in Labor’s second term.

The government believes some 24,000 Australians are struggling to manage a severe and persistent mental illness. In handing down the budget, Treasurer Wayne Swan said they are at risk of “disengagement, unemployment, family breakdown, substance abuse, homelessness and suicide”.

The information kit trumpeting the package, headed by Health Minister Nicola Roxon, acknowledges that “all too often, this nation’s mental health system fails the people who need the most help”. Mental illness accounts for 13% of the total burden of disease in Australia and is the largest cause of disability, the government says.

The government is also leaning on the states to improve its delivery areas, with a $201 million pool set up for co-investments in mental health facilities and services.

As part of a $343 million, five-year package of co-ordinated services, both Medicare Locals and other non-government organisations will be flexibly funded to provide care co-ordination and broker additional clinical and non-clinical services where there are gaps.

A further $228 million will expand community-based mental health programs, employing 425 new workers to assist people with mental difficulties live and work in the community. Personal helpers will be allocated to those on the disability support pension, while more than 1000 families are expected to benefit through respite services.

Much of the new money will be devoted to preventative care, as mental health experts including former Australian of the Year Professor Patrick McGorry have long urged the government to do. McGorry’s Early Psychosis Prevention and Intervention Centres will be funded, along with an additional 30 headspace centres as part of a $420 million targeted program.

The headspace network will number 90 at the end of the five-year program, which the government says will have capacity to help around 72,000 young people.

Along with mental health, regional health services are the big budget winners. Around $1.8 billion will be invested through 63 regional Health and Hospitals Fund grants ($1.3 billion) and a new round of funding priorities ($475 million).

“The government is working to ensure that demography and distance won’t be the determinant of an Australian’s health,” Roxon said.

A wrap of reaction to the health budget 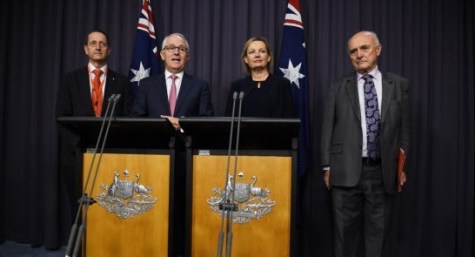 The government’s “$2.2 billion” mental health package is just spin. They’re cutting the role of GPs in mental health, a program which has been up and running for years and is starting to yield results, and passing it on the coordination to NGOs, a group with no formal training in the area. It’s also wasting the skills which GPs have built up in mental health over the last few years. The so-called 2.2 billion is split over 4 years, with the bulk of it stacked in years 3 and 4, i.e. after the next election, so probably complete fantasy. If you take out all the spin, they’ve actually cut net funding for mental health this year.