More evidence of an Artic without ice

The Arctic Ocean is on the way to becoming nearly ice-free in summer within this century, most likely within the next thirty to forty years.

More evidence of an Artic without ice. The Arctic Ocean is on the way to becoming nearly ice-free in summer within this century, most likely within the next thirty to forty years.

That is one of the frightening findings of a soon to be published report by the Arctic Monitoring and Assessment Programme — an organisation established in 1991 to advise the eight Arctic countries on threats to the Arctic from pollution. 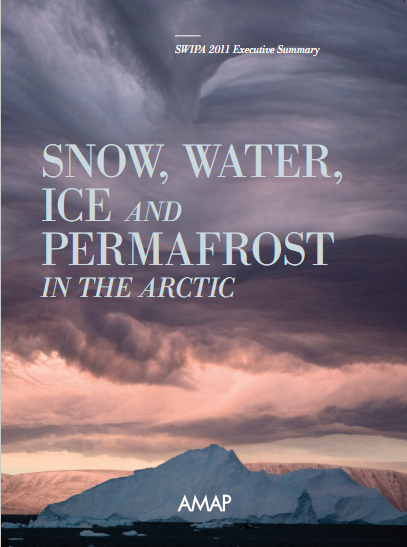 I say frightening because one consequence of such a disappearance of ice cover would be be, says the AMAP, is an increase in global sea levels of between 0.9 and 1.6 metres

. The past six years (2005–2010 have been the warmest period ever recorded in the Arctic Higher surface air temperature are driving changes in the cryosphere. There is evidence, says the research report, that two components of the Arctic cryosphere — snow and sea ice are interacting with the climate system to accelerate warming.

The extent and duration of snow cover and sea ice have decreased across the Arctic. Temperatures in the permafrost have risen by up to 2 °C. The southern limit of permafrost has moved northward in Russia and Canada.

There is an extensive coverage of an executive summary of the forthcoming report on Crikey’s The Stump blogsite.

AV Referendum looks doomed. I am kicking myself for not using the Australian experience of “no” votes being the winners in referendums when any major political party opposes a proposition.

As the British prepare to vote tonight on whether or not to introduce optional preferential voting — they call it AV — I would be contemplating my winnings if I had taken advantage of the early bookmakers’ prices. A nation of prudent spenders. What has happened to “shop till you drop” as the Australian consumer’s motto? The March retail sales figures out from the Australian Bureau of Statistics this morning show we have become very cautious spenders.

Whereas the economic “experts” were predicting, according to a Bloomberg News survey, that there would be a 0.5 percent increase, and none predicted a drop, the official figure came in showing turnover in March actually fell 0.5% from the February figure. The statistician’s trend estimates, which take out the volatility of the figures, had a continuation of the modest 0.1% retail sales increase for the month.

Walls close in around Morrison on climate

Australia risks becoming an international pariah if it maintains its climate denialism as its major trading partners embrace carbon neutrality.

Clear evicence of Arctic without a ‘c’ as well.

Steve Carey—I am curious as to why nobody has drawn attention to the possible link between Abbott’s continual unrelenting negativity about the general economy and our reluctance to spend. Should not the media at least ask whether this is harming consumer confidence? And does Business not see that this constant attack is bad for business? Can you explore this Richard?

It often amazes me (ie as often as the ice-disappearing phenomenon is mentioned) that people can’t believe the evidence of their own experience when defrosting a fridge or freezer. (Perhaps the fact that so many later models are ‘self-defrosting’ is to blame.) When you first turn off the power and open the door, the accumulated ice seems as though it will be there forever. Then a slow but steady drip, drip, drip for a while. And then all of a sudden, whole sheets of ice are falling off the sides and roof of the cabinet. This seems to be what’s happening at our poles. It starts interminably slowly but gets faster towards the end. WHY don’t we get it?