A year is a long time in politics

In a year from now Australia will either be on the verge of the introduction of a price on carbon emissions of the idea will have been scrapped.

A year is a long time in politics. In a year from now Australia will either be on the verge of the introduction of a price on carbon emissions of the idea will have been scrapped because the government could not get legislation through the Parliament.

In either circumstance public opinion on the issue will be markedly different than that today. That is the perfect reason not to take too much notice of what the pollsters are currently telling us.

Champion Aussie mums. This time it is mums that are doing Australia proud. Save the Children’s 12th annual Mothers’ Index analysing health, education and economic conditions for women and children in 164 countries, has ranked Australia second. 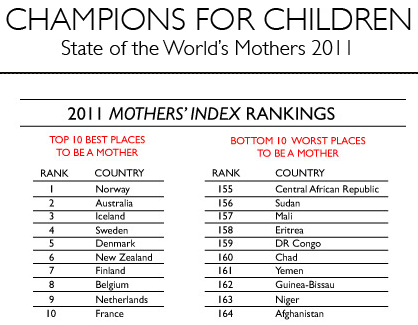 Privatising international law and order. The internationally condoned use of mercenaries to preserve law and order has reached a new stage as shipowners try and combat piracy on the high seas. Private contractors are now being hired to fight off pirates as attacks by them become more frequent off the north African coast.

In an interesting special report on piracy, Reuters says that naval hips from the European Union, NATO, a separate U.S.-led coalition and newer powers such as South Korea, India, China and Russia have all sailed to the waters off Somalia in recent years.

Loosely coordinated through meetings in Bahrain and a secure internet chatroom, they have managed to reduce attacks at choke-points in the Gulf of Aden, between Yemen and Africa. But the pirates have responded by shifting further out into the Indian Ocean, which naval commanders say is too big to police.

Hence the decision by shipowners to take security into their own hands despite uncertainty about the legality of the practice of cargo ships being armed.

Killing good for popularity. Authorising an assassin’s bullet clearly does wonders for a US politician’s popularity. President Obama’s job approval rating “has jumped in the wake of [Osama] bin Laden’s killing,” the Pew Research Center for the People & the Press reported overnight.

Pew says that “in the one-day survey, 56% say they approve of the way Obama is handling his job as president while 38% disapprove. Last month, Obama’s job rating was about evenly divided — 47% approved, 45% disapproved.” The headline of the day. From the Fashion section of the London Daily Telegraph: