And we now cross live from London's Green Park Royal Wedding media compound to veteran US television journalist Dan Rather...

“The next time you hear about another round of layoffs at a TV news division, the closing of a bureau, the decision not to cover a foreign story with full force, remember this week of silliness in April.

“Remember the millions of dollars, hundreds of staff and hours of coverage spent on a wedding in London when crises around the globe and here at home festered. Remember the unseemly pas de deux between the press and a reality TV show huckster peddling racially-fraught falsehoods, as both interviewers and the interviewee seek a bump in ratings.

“… What bothers me is the hypocrisy. The idea that we can’t afford to throw resources at an important foreign story, but can afford to spend this kind of money on a story like the royal wedding is just plain wrong. The idea that we can’t break into regularly-scheduled programming for an address by the president is wrong as well. When the topic was the “Birther Story” (better referred from here on out by the first letters of those two words), the networks jumped right in.

“As a journalist, you like to be the one asking the questions. But it’s time that some of our news executives gave some answers of their own.” 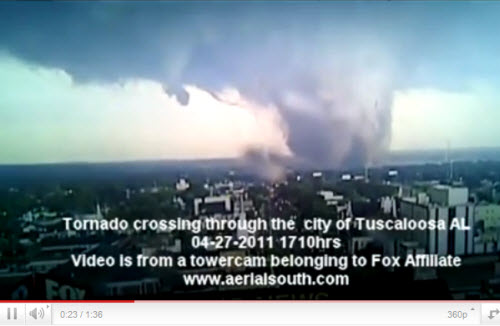 And in news just to hand, following special requests from US networks, Buckingham Palace is to stay lit up until UK time 12.30am, an hour and a half later than usual, so that the palace facade will be illuminated for prime-time evening bulletins presented live from London.