Letter from … Cairo, where democracy is code for a better life

What I get from the present in Cairo is a renewed faith that people can change the "reality" in which they live if they feel strongly enough about it, writes Peter Hannigan, from Cairo.

Returning to Cairo and the new Egypt after the revolution seems a lot like returning to the old Cairo. The traffic and air pollution are familiarly dreadful. On the drive from the airport there are some interesting new display ads using the revolution. There are flags — lots of Egyptian flags on buildings, shops and cars. The streets seem a bit cleaner. There is less obvious police presence. Is that all there is?

Well no. One thing has really changed — and that is the people. They are more open and friendly, and want to tell you about their experience and their views. The cleaner at my hotel showed me the scars he got in Tahrir Square from rocks thrown at the protesters. He may be poor, but he is very proud of having been a part of the change in Egypt. What is fascinating to me is the change in attitude of people who I have got to know over the past three years. Overall people seem to have more self-respect, confidence, a sense of responsibility — the word often used to cover it all is dignity. As one person put it, “we no longer feel we are the property of the government”.

Cairo is a place of innumerable cafes, and now the talk is focused on the twists and turns of change in Egypt and all the issues are out in the open. It’s like a sudden flowering of the civil society that always existed in a more constrained way in Egypt. You see it in the way the local media now cover all the news and not just the government line, while using patriotic promotions built around images of the January 25 revolution.

Tahrir (Liberation) Square is the centre of change in Egypt. I went there on a protest day and saw the level of organisation the protest movement has. The roads were blocked with barbed wire, sometimes with railway iron through the middle. There were entrances where people checked for government agents and weapons. There was zero official security — no police or military within a kilometre — everything was managed by the protest movement. Inside there was plenty happening — with banners, stages, speeches, chanting groups, and a mass of people. Street sellers were busy. The atmosphere was somewhere between a street party and a full-bore revolt. To me it seemed to be joyful and serious — the pride of people who had achieved change and were determined to maintain it, but also understanding that the consequences of actions could be deadly.

Where all this is going is hard to know. When people shout “democracy” the young educated middle class who started the movement of protests have fairly specific ideas of what they want. For the others from all walks of life who joined the protests it seems to be code for “a better life”, not some specific set of practices. This was a revolution against a system, personified in now former President Hosni Mubarak. An Al Jazeera commentator put it rather well, describing the protests as the “I’m as mad as hell and I am not going to take it any more” revolution.

Lots of things probably precipitated people’s decision to revolt — unemployment, poverty, low wages for meaningless jobs, the rising cost of food, corruption, abuse of power, censorship … the list just goes on. I don’t know why the lid blew off the pressure cooker of Arab governance at this time. But a part of it seems to be the long life of many of the regimes and the aged dictators and authoritarians at their head. Many were facing succession issues, including Mubarak, which some were trying to deal with by installing their sons. Dynastic succession, as well as being unpopular with the public, seems to have the effect of alienating parts of the power structure, such as the military hierarchy in Egypt, weakening resistance to change.

Al Jazeera has popularised the description of the protests across the Arab world as “The Arab Awakening”. And Al Jazeera itself (and to a lesser extent the Arabic services of the BBC and France24) is a significant factor in change. Facebook and Twitter are the organising tools of the middle class — important for co-ordination but not for reaching the masses. It is the “old” media of satellite television that has brought uncensored news of protests and their repression to the wider public. This has galvanised support and provided feedback on how actions are progressing. People can see in real time what is happening, where, and to whom.

“Arab Awakening” is an apt description. With the changes comes pride in the Arab heritage. There is a common and powerful culture across the Arab countries, despite significant national differences. This reflects an independence and identity never given up even if often suppressed. Islam is part of the mix for that identity — but there are many people in Egypt who do not accept that it is the only or even major defining feature. That by all accounts makes relationships between the Muslim Brotherhood and the middle-class core of the protest movement wary while they work together to achieve change. Egypt has a strong national identity, but at the same time it is influential across the Arab world. What happens in Egypt will have a significant influence across the region.

Egypt is currently ruled by a transitional government under the Supreme Military Council, a group of 20 senior officers. The military has formed the leading part of the ruling elite since the Free Officers Movement coup led by Gamal Abdel Nasser in 1952 that introduced Arab Socialism. Presidents Nasser, Sadat and Mubarak were all former military officers. The military has a role established over the past 59 years and interests to protect. The protest movement wants a different Egypt, even if the picture of what this looks like is not in focus yet.  The two groups are learning to dance together as they move towards a new government. It’s not always a happy arrangement, and they are just moving from the push and shove stage of learning to one of limited responsiveness.

There was a “Day of Trial and Cleansing” on April 8 involving a massive protest in Tahrir Square calling for the arrest and trial of Mubarak and key members of his circle. At least two people were reported killed when the military enforced the 2am curfew on the Saturday. Protests then continued on the Saturday and Sunday in Tahrir Square. However, during the week the military arrested Mubarak, his sons and some other former regime figures for questioning about corruption and the deaths of people in the original January and February protests. The National Democratic Party, the political vehicle for the previous regime was ordered wound up and its assets forfeited to the government. This largely meets the demands of the protest movement, who responded by not staging a protest in Tahrir Square on Friday April 15.

No one knows, least of all the Egyptians, what will be the composition of a new government once elections are held — tentatively scheduled for late this year. At present it seems like 1001 political parties are getting ready to bloom.

But there is more to this than the politics of liberation. Revolutions have an economic price as well as the lives lost. Egypt had a bracing set of problems before its revolution. Whoever forms government will find that economically Egypt is not just the same, it is actually considerably worse.

Tourism is one of the major industries, employing between one in eight or one in nine Egyptians in the formal economy. Tourism is down at least 40%, possibly more given that hotel occupancy rates are reported to be about 20% — in those that are still open. A lot of other areas of industry are just getting started again after a bout of labour unrest that spread once government pressure was removed. Unemployment is officially 19%, so it could easily be significantly higher, plus the informal economy is badly affected by the lack of tourists. There is massive poverty, with at least 40% of the 85 million Egyptians below the international poverty line. Food self-sufficiency is poor, with massive imports required to feed up to 40 million people. The wheat that is imported has got significantly more costly over the past year. The government’s budget deficit is blowing out, and it has to cover massive food and fuel subsidies plus promised wage rises. High level corruption may be reduced, but petty corruption involving all sorts of officials and anyone who can “facilitate” an activity will be hard to reduce while people are paid very low salaries and depend on this income.

All these things can be addressed. Tourism will probably recover quickly once foreign governments remove travel advisories. People are friendly — and for the present optimistic. But the economy won’t be turned around quickly — it will probably take a couple of years to pass prerevolution levels. That will be a test of people’s patience with a new government — and with the cost of their new freedoms. But that is all for the future.

What I get from the present in Cairo is a renewed faith that people can change the “reality” in which they live if they feel strongly enough about it. That is pretty empowering in a world full of problems. It will be fascinating to see how Egyptians take their country into the future. I wish them well. 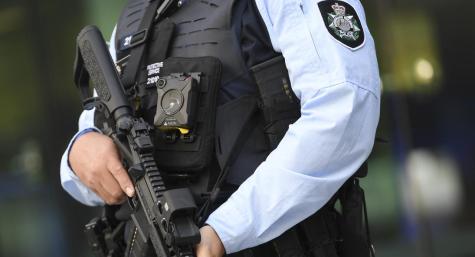 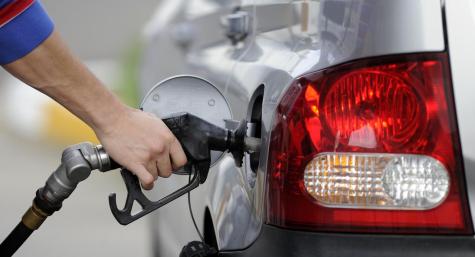