The Labor Party has a perfect opportunity in Canberra to demonstrate that it really does believe in the need to curb the problem of addiction to poker machine.

All the Federal Labor Government needs to do is ask the local Territory Labor Government to lead the way in introducing a mandatory system where gamblers have cards on which they set a personal gambling limit.

That would demonstrate to independent MHR Andrew Wilkie that Labor is sincere in seeking the change Australia wide, especially as it would be affecting Labor’s very own collection of poker machine palaces in Canberra. 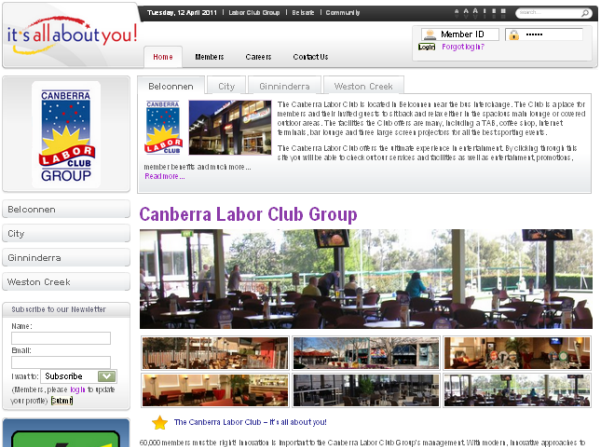 The political pain of petrol. I suspect it will not be long before rising petrol prices become another major political problem for the Federal Government.

The steady March upwards in the cost of crude oil over the last six months has been tempered at the petrol pump somewhat by the strength of the Australian dollar but a national average price this week of 143.9 cents a litre is well above last year’s average price of 126.3 cents. (Graphs from Australian Institute of Petroleum) Reacting to a savage attack in the interests of editorial balance. I am not alone in being critical of last week’s decision by Crikey‘s editors to give the Wankley Award to the Melbourne Herald Sun for its excellent coverage of the dying swan. You will find my concerns expressed in “Strong disagreement with Crikey editors” on The Stump blog but reader Bill Williams has a quite different complaint.

Before getting to the details of Mr Williams’ concern, just to refresh your memory, here is the article at the centre of the controversy: “Imagine how many eulogies the Herald Sun would have to write if it commented on each native bird killed by a cat owned by one of its readers?” Mr Williams asked the Wankley Award judge.

Crikey might be pro-Swan, but I note that Crikey is also pro-cat. Domestic cats are estimated to kill 100 million native animals per year. Feral cats kill 480 million. Crikey’s pro-environment credentials are undermined by publishing photos of cute little pussy cats with all the attactive alertness of a lethal killer about to strike. I am not too sure about the merits of using Crikey to promote the Cat Protection Society of NSW either.

In the interests of maintaining Crikey‘s reputation for balanced fairness I thus bring you this item from the ABC’s Western Australian regional news service: I consulted with my dog Punchy about the whole matter and he wondered why they didn’t just offer him a holiday in the Cape Arid National Park. In future, would it be possible to follow up the 52 week graph of petrol prices in $A with another graph incorporating the daily or weekly average $A/$US conversion rate so we can see our price data in effective $US amounts, and then compare that to a final graph of Singapore crude in $US.

And Bill Williams is not the only Crikey reader to think that. The feral cat problem is inexcusable. It has been obvious for most of last century and should have resulted in all domestic cats being licensed and spayed with steep penalties for contravention. Legitimate breeding would be restricted to licensed businesses. Of course it is too late for that now that there are so many millions of feral cats out there.

As to the baiting tactic, it is near hopeless. The effort to rid the Perron Peninsula national park (Monkey Mia, WA) of cats by baiting and shooting showed just how difficult it is; and that is with a an effective “island” geography (narrow link to mainland) that meant no new input of animals.

There is really only one truly effective solution to Australia’s feral pest problems (cats, rabbits, pigs, goats, camels) and that is biological warfare. Ideally sex-based genetic modification that could be self-propagating targeting of breeding outcome (eg. 100% male offspring only, or sterile male or sterile female offspring). Anything else is wasted effort and sometimes leads to damaging native animals. Even laboratory designed diseases eventually are overcome in the usual Darwinian way while the GM approach could be permanent. This wouldn’t be easy or uncontroversial. But of course since research budgets are about to be slashed…….

I missed Richard Farmer’s article citing my comments about cats, and your comment as well….but just in case you happen to see this article I have a story about sex based genetic modification that might interest you.

Quite a few years ago a story went around country Victoria ( it could be a rural myth) about Kay Setches recommending this approach to a public meeting of farmers angry protesting about wild dogs living in state forests. When pressed for further information about how such a program might work, Ms Setches gave the example that finding a way to make male wild dogs infertile might be a better long term solution than baiting and shooting.

An old timer at the front of the room apparently expressed in a tone of utter disbelief at what he was hearing:

“Lady, you just don’t get it ……the dogs aren’t [email protected]@ting the ship, they’re biting them!