Hockey is right about trusts

Joe Hockey's maladroitness has struck again, but at least he shows some evidence of life in the policy department.

Joe Hockey frequently demonstrates a refreshingly open mind to good policy. Well, if not frequently, then a damn sight more often than most in his party.

Alas, Hockey’s execution often leaves something, or perhaps a lot, to be desired. He almost derailed at the outset his politically successful outflanking of Labor on banking regulation last year by appearing to suggest he favoured regulation of interest rates. In that case, after some quick rowing back, he recovered his footing quickly and went on to make life difficult for Wayne Swan. In the end, alas, Swan was able to get away with a half-arsed package of “reforms” that, as fine as far as they went, leave systemic regulatory problems in place in Australia’s banking sector. Still, it was a demonstration of what could be done with creative policy thinking, good tactics and a bit of help from the banking cartel.

But in January last year, Hockey commendably suggested that manufacturing subsidies be “looked at seriously” for budget savings. Sophie Mirabella, at that stage Opposition industry spokesperson, stuck to the bipartisan commitment to protectionism and rejected Hockey’s thought bubble, describing it as “a very theoretical, purist economic approach”. That was the end of that.

Now Hockey’s had to beat the hastiest of retreats on taxation of trusts, barely lasting 24 hours on the position of taxing them like companies, before having to pull out under heavy fire from the government and the Nationals. The briefest of climbdown statements emerged yesterday after Wednesday’s speech to a tax conference. It was a bad day at the office for Hockey.

For all his maladroitness, Hockey was right. Trusts are as much a very expensive tax rort as they are an appropriate vehicle for small businesses and farmers. In  a response welcoming Hockey’s initial statement, ACOSS suggested $2.5 billion per annum could be obtained just from tightening up on the way high-income earners exploit trusts to minimise income tax.

Hockey knows that perfectly well. He was Financial Services Minister under Peter Costello when John Ralph reviewed business taxation during the Howard government’s second term. Ralph recommended taxing trusts the same as businesses, and Costello agreed. But in a symbol of the direction that government was increasingly to go in its third and fourth terms, John Howard blocked the reforms in the face of an hysterical campaign from the Nationals, the National Farmers’ Federation. This was despite that the reform package that Costello crafted would have ensured nearly every farmer was no worse off.

Hockey didn’t even get a chance to develop a compensation package. The words “trust” “taxation” and “business” were barely out of his mouth before the Nationals started screaming.

The cockies sticking up for a good rural rort, of course, is entirely to be expected. Worse was the sight of Bill Shorten rushing to exploit Hockey’s suggestion, piously declaring that trust funds were “a legitimate tax tool” and accusing Hockey of creating “uncertainty”.

Like watching Wayne Swan stand tall for Australia’s banking cartel, there’s something a bit sickening watching a Labor minister stand up and defend trusts, especially when the hunt is on in the budget process for spending cuts. If Labor isn’t prepared to take on a well-known rort when it needs the money and the shadow Treasurer has gone out on a limb for it, then it never will.

And invoking “uncertainty” about any reform proposal legitimises that line whenever it is used against reforms argued by Labor.

Hockey has painfully embarrassed himself with his clumsy footwork. But at least he shows evidence of being interested in good policy. That’s a lot more than you can say about many of his opponents —  within the Coalition and in Labor. 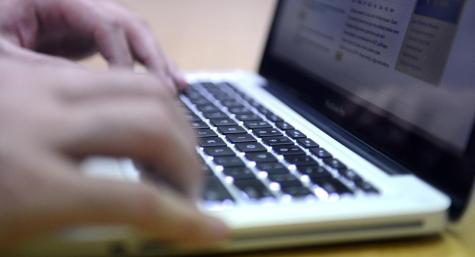 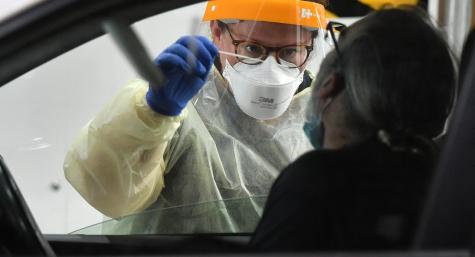 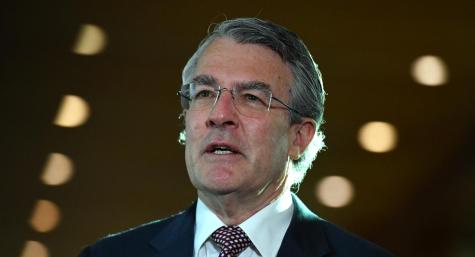 as a sole trader person who receives no 9% compulsory Super payment from an employer and has to stump up PAYG and GST (inc paperwork) throughout the year I think of the use of a Trust as the only way to make my business financially viable.
I am sure ther are a lot of other people in my position

I think part of the reason Joe’s ‘footwork’ may seem clumsy (or more so) is the lack of support he receives from his fellow ministers. Hockey is never given a balanced position to attack from, he is constantly going it alone and only receives the minimum compulsory support required from his colleagues. The remaining clumsiness is Joe as Turnbull (the other Liberal with a policy predeliction) demonstrates it is capable of presenting a more composed appraoch with minimal collegial support.

Were the Opposition to actually set up a policy-based attack (as opposed to an attack on whatever policy is the flavour of the news cycle) a lot of damage could be done to Labor with some tasty credibility for the Coalition. This has never been more true than with the current minority government arrangement.

Sadly, there is no real motivation for the Coalition to do this. Labor are bumbling fools who are intent on simultaneously underselling and overhyping their policies. When they’re not screwing themselves they are doing exactly what Howard would have done. Doing most of the work for the Coalition by providing specific targets without any need for any account of ideology on either side of the fence (which for the most part is a barren notion today).

Good policy, or “don’t just stand there, do something” policy? Hockey may be good at placing Swan in awkward situations, but Shorten’s brilliantly opportunistic sophistry will defuse his attacks every time, and sooner or later Parliament might actually pass one of Hockey’s more harebrained ideas. Don’t just do something, stand there. Do the homework, seek advice, get it right.

The government is still coming up with ways to spend more and more money after having quickly become bored with the subject of how to grow the revenue base and tax it more efficiently. Capital is being over-taxed, labour is inconsistently taxed, and land is only taxed when it changes hands, making it a frozen and over-leveraged market. This has crunched the housing construction sector into what could be described as a depression, and as Treasury reports, economy-wide total factor productivity (i.e. real internal productivity after adjusting for commodity market windfalls) is going sideways.

What is the government doing at such a time? Pressing ahead with a carbon pricing model in which the political handouts from the revenue get more attention than how the tax will work; and soldiering on with a $36 billion fibre connection to every home even though a backbone fibre network would achieve most of the same good for only a fraction of the price.

Get your act together, Joe Hockey. Don’t just pick at the edges trying to out-Labor Labor. Start making some noise about the real state of the economy, the underlying mismanagement that keeps it much less healthy than the headline figures suggest, and the immaturity of a Treasurer who promised to fix these things up but then got sidetracked with grandstanding, sovereign risk scares, and window dressing.

Trusts are not for everybody. One has to have above average income and accumulated wealth for the setting up of one to be worthwhile. Likewise with private super funds. But skilfully managed, they render the paying of income tax into pretty much an optional activity.

Hockey obviously has not mastered the finer points of Coalition policy and their justifications sufficiently well, and was trod on early for his gaffe. But it was bizarre of Shorten to jump to the defence of Coalition policy against Hockey. The opportunity to score a point trumped principle well and truly there.

I’m with Josh. What savings I can make on tax tend to go on Super and of course unpaid holiday or sick leave. The upside of the trust arrangement is that I do not have to work for anyone I don’t like, and can work internationally without being penalised. Labelling all trust users as rorters is as bad a sayind all welfare recipients are bludgers.
I’d be interested to know whether Bernard Keane’s sole source of income is from Crikey, and if not, just how he has categorised himself to the Tax Department.