The winner of the Crikey caption competition, India's media celebrates a Pakistan win, Murdoch Jnr makes the move and other media news of the day. 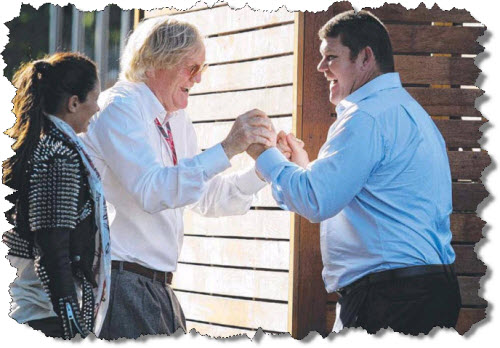 We asked Crikey readers to put words into their mouths. Jane Shaw had the best guess (and wins some Crikey goodies) …

Jamie: I got in for free!
Ron: I get in for free EVERY year!
Jamie: So does anyone pay to get in?
Ron: Only the proles. TWICE!
Both: Bwahahahaha.

Front page of the day. Public servants in India were given the day off to watch the life-or-death World Cup semi-final against Pakistan. Thankfully, they won. Mangalore daily Varathabharathi joined in the celebrations … 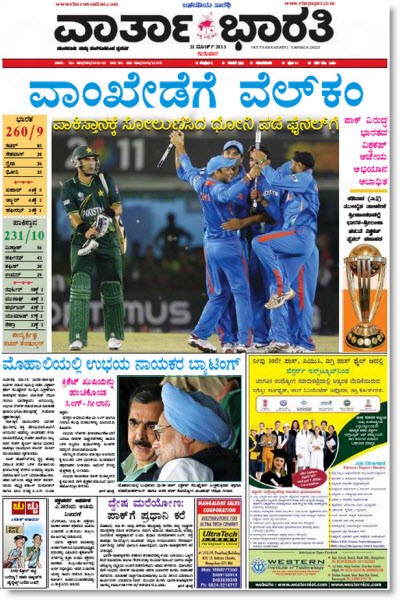 Magazine of the day. How could you not love that face? Crikey‘s favourite periodical — journal of the Cat Protection Society of NSW — arrived today… 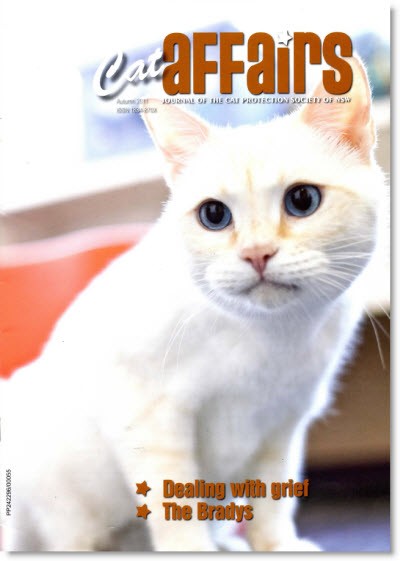 With Rupert at 80, James is headed for New York

“None of James’s temporising, though, could get past the ticking clock of his father’s age. That forced James into News Corp in London, and now, as dad is 80, over to New York.” — The Guardian

“Did you catch the article in the New York Times Magazine about the man with a licence to hunt in Central Park? How about the interview with the circus clown who was attacked by a small child? I won’t be surprised if you missed them, as they’re buried a century back in the Times archives. I only found them because every week for the past year, I’ve been reading the magazine from exactly 100 years ago.” — Slate

“This morning Google announced a social bombshell, a new service called +1 that competes directly with the Facebook-like button as a signal for determining what content is most relevant to an individual.” — All Facebook

“Oprah Winfrey and her colleagues took to Twitter on Sunday night to promote a new episode of a show on OWN, her new cable channel. Did the posting help her ratings? Probably, but whether it helped in a meaningful way is open to interpretation.” — The New York Times

Bill, I’d like some elaboration on the hypocrisy here. Has Crikey previously advocated the restriction of cats to protect native wildlife?

Crikey’s columnists and editorial positions are generally pro-environment. Celebrating the cat seems to me to be typical of so many (particularly urbanites) who take the high moral ground on environmental issues, but harbor bird murderers.