What is it about former Treasurers?

What is it about former treasurers? I don’t know who was the more vicious — Paul Keating or Peter Costello. Both are reported this morning giving the controllers of the NSW Labor Party a terrible bake. Peter Costello writes how NSW’s big Ponzi scam has finally collapsed while Paul Keating declares the likely new state […]

What is it about former treasurers? I don’t know who was the more vicious — Paul Keating or Peter Costello. Both are reported this morning giving the controllers of the NSW Labor Party a terrible bake. Peter Costello writes how NSW’s big Ponzi scam has finally collapsed while Paul Keating declares the likely new state Labor Leader John Robertson has 25 ”dead” MPs hanging around his neck, and if he become the leader he will not just drag down the opposition but become lead in the saddlebags of the Gillard government.

One treasurer unlikely to join in the condemnation of the NSW machine men is incumbent Treasurer Wayne Swan. His political courage does not extend to kicking the hand that feeds him.

He should write that shouldn’t he. Graham Richardson still has a kind word or two to say about John Robertson. Writing in The Australian this morning he says that “if you want to reconnect with the heartland or the tradies or single mums or pensioners, maybe going to the one bloke who stuck with them isn’t such a bad idea.”

“When the big fight on electricity was on, Robertson was the union boss who stood up for his members and the public who didn’t ever want this to happen. I don’t think he will ever be premier, but I do think he will win many heartland seats back. He speaks their language and that’s one skill Labor seems to have lost completely over the last few years.”

I would think that the main skill the NSW Labor machine lost was the one that Richo had when he was in control as state secretary — the ability to ensure that splits between the parliamentary party and the larger party over things like privatisation did not reach the point they did in NSW. A more skilful union and party leader than John Robertson — eg Graham Richardson — would not have curtailed the ambitions of Michael Costa and Morris Iemma to sell off electricity assets well before the dispute reached the floor of an ALP conference.

Would you like a gun with that? Now here’s an idea for Foxtel! A store located in the Bitterroot Valley of Montana about 50 miles off the highway, has tripled the number of signups for Dish Network Corp’s pay television service since offering a free gun to customers who sign up. 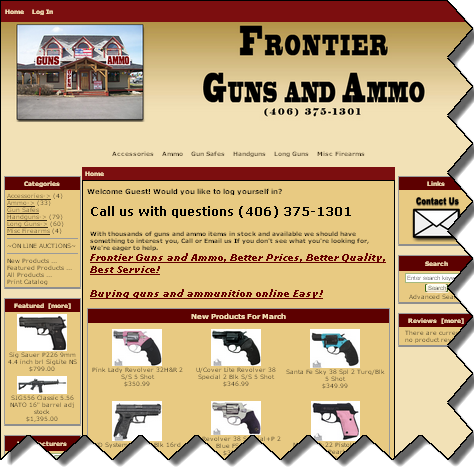 When customers sign a Dish Network Corp. satellite TV contract, they get a gift certificate for a gun that can be redeemed at Frontier Guns & Ammo, about 10 miles from the store. Bloomberg quotes the gun shop owner saying that since the promotion started “there’s been a definite uptick in business.”

Clerks wanted. Australian Bureau of Statistics figures out this morning show that the biggest number of job vacancies are for administrative and support service workers. Following close behind is demand for professional, scientific and technical services staff. 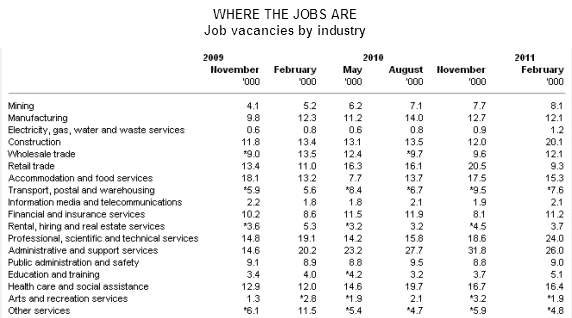 Guy Rundle reads the Oz so you don’t have to

What is it about former treasurers?

Paul Keating is international chairman, and a tout for private business in the power privatisation sell off.