The danger in addressing rallies

Whenever I think back to John Hewson's bold attempt to become Prime Minister with an honest policy to introduce a goods and services tax the image that comes to me mind is of the Opposition Leader standing on the tray of a truck shouting a speech at the gathered crowd.

Danger in addressing rallies. Whenever I think back to John Hewson’s bold attempt to become Prime Minister with an honest policy to introduce a goods and services tax the image that comes to my mind is of the Opposition Leader standing on the tray of a truck shouting a speech at the gathered crowd.

It made for terrible sound bites and even worse television pictures for the last week of that campaign. Paul Keating’s one for the true believers perhaps owed more to that Liberal Party mistake than he would like to think.

Tony Abbott would do well to consider that experience before he makes habit of addressing rallies like he has scheduled for outside Canberra’s Parliament House today. Hordes of angry, chanting climate change sceptics will be a turn-off to many voters. 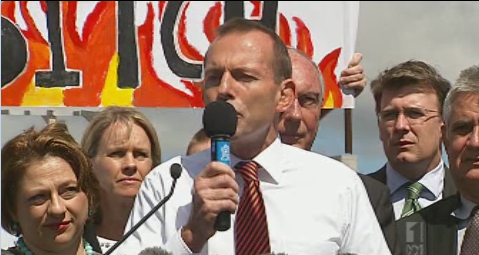 Talking through your pocket. Business talking through its pocket is to be expected but that does not mean it has to be respected. Bluescope Steel chairman Graham Kraehe was hard at it at the National Press Club yesterday trying to create the impression that this Labor Government was somehow far more anti-business than its predecessor Hawke and Keating governments. 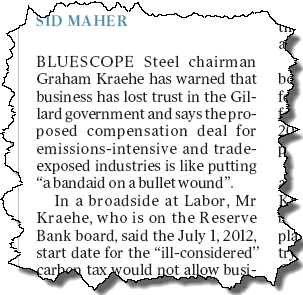 Talk about gilding the lily!

Any grievances the business community has today about not being consulted (and what they really mean is that their arguments are not being accepted) pales into insignificance compared with the outcry at Bob Hawke’s accord with the trade union movement and the savage cutting of tariff protection. And what about the business reaction to Paul Keating’s recession we had to have?

With a memory as short as Graham Kraehe’s it is no wonder the government is just shaking its head at his entreaties.

Getting the handcuffs ready. Some of the pictorial evidence contained in a 20,000 page brief compiled by the prosecutors of Italian Prime Minister Silvio Berlusconi on s-x charges has surfaced in the world’s press and it suggests that the trial to begin in Milan on 6 April will be keenly followed. 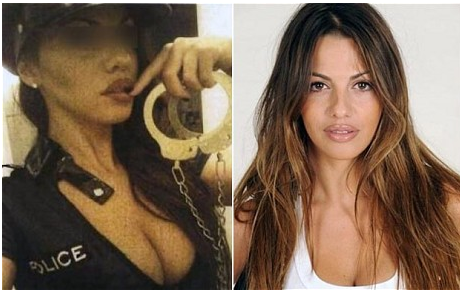 The London Telegraph brings us this piece of evidence that was among happy snaps discovered on laptops and cameras seized by prosecutors from dozens of female guests as part of their investigation into the Italian prime minister.

The television showgirl Barbara Guerra, 32, is wearing a frighteningly tight-fitting police uniform, provocatively dangling a pair of handcuffs from her finger which is resting on her pouting red lip.

Miss Guerra has appeared on Italy’s version of The Farm and she is also the former girlfriend of Manchester City star Mario Balotelli.

Other pictures show unidentified women about to kiss as well as women in provocative poses. They were all taken in the early hours of the morning at Mr Berlusconi’s home in Arcore near Milan, one of the venues for the parties.

An all singing and dancing president.Perhaps there’s hope for Peter Garrett yet. Official results are not likely before the end of the month but it appears Haiti is going to have a pop star president. The early figures show Michel Martelly well in front. 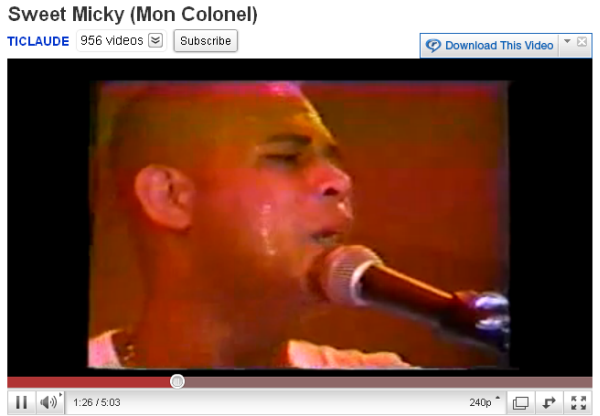 Not quite keeping it in the family. And on things presidential — Guatemala’s constitution prevents members of a president’s extended family from running for the presidency. So Sandra Torres de Colom, who has ambitions to succeed her husband Alvaro Colom at this September’s election, is seeking a divorce to end the couple’s eight year marriage.

The soon to be ex first lady announced this month, reports the London Telegraph, that she will be the presidential candidate of the governing National Unity for Hope party in the September election.

A boogie woogie ending. I’ve spent the morning listening to Joe Willie “Pinetop” Perkins. It just seemed the most appropriate way to remember one of the great Mississippi blues players of all time who died on Monday aged 97. 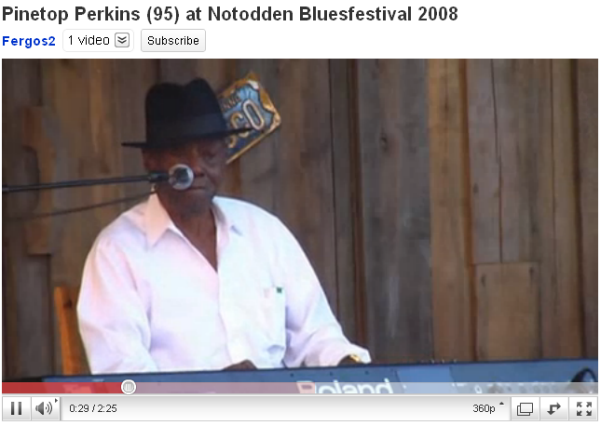 Thanx, he was great, and still a show pony.