It's been three days since the UN Security Council mandated a no-fly-zone across Libya. French fighter planes led the attack, with over 100 fighter jets attacking planes flouting the mandate.

It’s been three days since the UN Security Council mandated a no-fly-zone across Libya. French fighter planes led the attack, with over 100 fighter jets attacking planes flouting the mandate and targeting Libyan government military and defence targets. Reports say over 100 Tomahawk cruise missiles have since been launched by US and Britain forces, and Canada is set to join the patrol late this week.

The intervention is the biggest in the Arab world since the 2003 US-led invasion of Iraq. Libyan officials say 64 civilians have been killed by the bombing, however that claim has been refuted.

Reports of civilian causalities have prompted the Arab League to speak out against the foreign inference, questioning the additional powers granted to coalition forces in the UN security resolution. Arab League chief Amr Moussa has called for an emergency meeting of the group of 22 states to discuss Libya. According to Reuters, Moussa has called for a report into the no-fly zone which he says has “led to the deaths and injuries of many Libyan civilians”.

“What is happening in Libya differs from the aim of imposing a no-fly zone, and what we want is the protection of civilians and not the bombardment of more civilians,” Moussa said, as quoted in Reuters yesterday.

But other reports signify a retreat in the reversal of the Arab League, stating they still fully support the no-fly zone. Arab support for the no-fly zone is seen as key for the success of the coalition military operation.

Overnight, after two nights of intense attack from coalition forces, the Libyan military called for an immediate cease fire after allied forces bombed one of its convoys near Benghazi and, according to US officials, significantly degraded the regime’s air defense capability.

Believed to be hiding in his bunker in Tripoli surrounded by hundreds of volunteer human shields, Gaddafi has released a bizarre video labeling the coalition military operation an invasion and accusing them of trying to erase Islam. 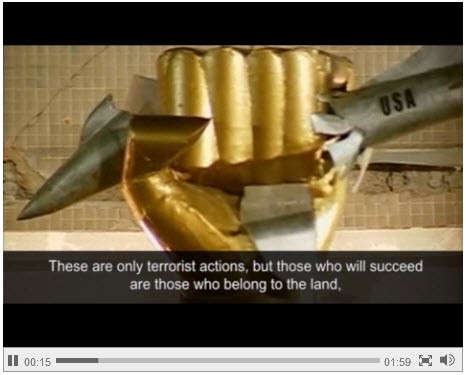 According to Peter Cave, an ABC reporter in Libya, Gaddafi has called for the Libyan people to join a peace convoy from Tripoli through to Benghazi. Apparently once they arrive in Benghazi condolences to those killed will be offered followed by a meeting. People will sit down like a family, he apparently said, to work out the country’s problems.

Meanwhile, his son, Saif el-Islam, has appeared on US television slamming the West’s involvement in Libya.

Despite Gaddafi’s call for a cease fire, the no-fly zone over Libya will continue to be enforced. The British government announced it will continue to uphold the UN resolution until Gaddafi meets therequirements detailed. A number of Arab nations, including Qatar and the United Arab Emirates, will join the military operation, “despite criticism from the Arab League about alleged civilian casualties”, according to the Irish Times.

Not all foreign powers are happy with the UN mandate: China and Russia have both called for an end to the indiscriminate use of force being carried out by the coalition forces.

Australian Foreign Minister Kevin Rudd said he welcomed the UN move as an important step in the diplomatic battle against Colonel Gaddafi. But he stated the Australian military would not be directly involved in the no-fly-zone. Defence Minister Stephen Smith has suggested the possibility of sending a C-17 transport aircraft to deliver aid supplies to Libya.

Over 8000 rebels have been killed by Gaddafi forces, and credible information on the ground remains sketchy. Much of the foreign media has moved their reporters out of Libya. Press have been bullied by pro-Gaddafi forces and Gaddafi has also called on citizens to attack the foreign press.

But in good news for four New York Times journalists captured by pro-Gaddafi forces, they are set to be released over the next few days.