Simon Sawday, Australasian Union of Jewish Students, Vice Chairperson, writes: Re. “NSW election: Greens Marrickville candidate labelled ‘Hamas harlot‘” (yesterday, item 16). As the Vice Chairperson of the Australasian Union of Jewish Students (AUJS), I was appalled to see AUJS accused of hanging Anti Greens posters in the city during the Mardi Gras in one of Crikey‘s articles by Antony Loewenstein.

Firstly, this accusation has no basis, I would be glad to hear Mr Loewenstein’s source, if he has one.

Secondly, it’s part of the AUJS constitution not to endorse any political party, which is something our executives understand and abide by.

I’m very disappointed that we’ve been wrongfully accused of this on a site as popular as Crikey and would appreciate it if the facts surrounding this are corrected, even if it’s just to say that the accusation has no solid basis and is purely an opinion held by Mr Loewenstein.

Michael R. James writes: Re. “Crikey Clarifier: what are the risks of radiation poisoning in Japan?” (yesterday, item 12). On the issue of low doses of radiation here is part of something I wrote in Crikey a while ago:

“There has been a long-running question about cancer risk versus radiation dose. It was assumed that the measurable risks from higher doses would extrapolate to proportional (low but significant) risk from low doses, but it was difficult to get experimental evidence. The “safe” assumption being that there was no safe dose. It turns out the graph is not linear, but actually risk drops off at certain very low doses — i.e. the risks reduce to negative at very low dose.

In biological terms this is not such a surprise (hence the long standing lack of unanimity about it) because we have highly evolved complex repair mechanisms to guard against DNA damage of all kinds (UV light, radiation, chemical, heat) and it now seems the theory was correct: ‘low doses actually trigger these repair mechanisms and reduce the risk to immeasurable; only above certain threshold damage (radiation) levels does unrepaired damage escape and cause long-term effects (cancer).’

An indirect but still intriguing example of this has come from places that have naturally high levels of radiation, such as the Iranian city of Ramsar. The old central part of the city has up to 200 times the background radiation level found in its modern outer suburbs, yet those who live their whole lives in the centre have actually got lower levels of relevant cancers (usually blood types, leukaemia etc).”

In another post I discussed how the role of DNA repair mechanisms protect us against normal environmental radiation is demonstrated by the extremely rare genetic disorder called ataxia-telangiectasia (A-T) in which the primary defect is lack of repair of ionizing radiation DNA damage.

Such unfortunate people usually die in their teens from cancers and were first noticed by clinicians because any attempt at radiotherapy caused rapid death.

James Burke writes: Re. “Hicks and the conspiracy theorists hijack the WikiLeaks debate” (yesterday, item 15). The David Hicks martyr cult epitomises the moral relativism I wrote about to Crikey last week. Hicks joined the Taliban in 2000, before any hint of international intervention in Afghanistan.

By then the Taliban’s murderous habits were well known, though in his letters home Hicks dismissed talk of atrocities as coming from “the Jew’s propaganda war machine”. He underwent military training under al-Qaeda supervision, which he excitedly wrote was in the cause of “Islamic revolution”.

Yet to the supposed “leftwingers” attending the WikiLeaks talk (among them doubtless some “pacifists”), he is merely an innocent victim, who has been transformed by his Guantanamo ordeal into a hero deserving of applause.

And we wonder why anti-Semitism is gaining currency? Lie down with dogs, get up with fleas, as the saying goes. (Sorry First Dog).

Justin Templer writes: Re. “More tear gas at Christmas Is, as asylum seekers continue to protest” (yesterday, item 4). A number of your readers will find this a strangely fascist idea but is it not sensible that the inhabitants of Christmas Island and other detention centers be informed that lighting fires and throwing rocks at the AFP will be taken into account in the assessment of their claims for residence in Australia.

I immigrated through legal channels and was refused on more than one occasion because I was not a furniture polisher or bricklayer and did not meet the points test. If throwing rocks at the AFP had assisted obviously I would have done so.

Cheese, and a cheesy correction:

Mike Clarke writes: Re. “Richard Farmer’s chunky bits” (yesterday, item 14). Richard, thanks for your excellent article on cheese yesterday. I have it from a reliable source that Kraft are about to open a cheese factory in Israel. They plan on calling it “Cheeses of Nazareth”. Keep up the good work.

James Molan writes: Richard Farmer wrote: “Bodalla cheddar is one of the country’s biggest selling brands.” Bodalla has not been around as a cheese brand since Fonterra killed it off when they acquired Bonlac Co-operative about five years ago. Stick to wine Richard.

David Lovejoy writes: Re. “Richard Farmer’s chunky bits” (yesterday, item 14). There’s something odd about Barry O’Farrell’s ‘contract’ to the people of NSW. He is promising to resign if he breaks any of his promises when in government. That sounds an awful lot like “I am a Cretan; all Cretans are liars.”

Steve Davies writes: Re. “Energy price increases: hiding behind treasury’s Pollyanna forecasts” (yesterday, item 17). Alan Moran may be claiming to clarify the causes of electricity price rises over the last decade, but it is quite difficult to follow his numbers, and I work in the energy industry.

If his claims are verifiable, shouldn’t he have made them understandable?

Given his statement “…a doubling of the costs of generation.  For the household this translates into a 50% increase in electricity prices” it appears Alan has based his price increase attributions on an assumption that the cost of generation comprises around 50% of the final retail price.

This is more than a rounding error, and given the difficult to comprehend presentation of his numbers, they have to be considered suspect. Despite this, I do not dispute his assertion that the Treasury assessment of the RET’s impact is rather low.

Andrew Brooke writes: Astounding!  Tamas Calderwood (yesterday, comments) is inching towards neeeaaarly admitting he is wrong. After years of yelling that “the globe has cooled since 1998”, his latest comments actually concede that — gasp — it HAS actually warmed. Anyone who has kept reading him this far should take heart at this dramatic admission.

Although the warming just isn’t fast enough for Tamas’ liking, apparently — he says “since ’98 the warming trend of just 0.06C per decade is between four and thirteen times lower than the rate needed to hit the doomsday prediction…”.

Don’t worry Tamas. The warming is MORE than fast enough if you just do a few obvious things. Don’t try to establish a “trend per decade” by looking at just one decade. And stop cherry picking 1998 (an especially warm year) as the date from which you make all your calculations. You’ll find the Academy of Science doesn’t make these simple errors — which might be why you disagree with them.

Martin C. Jones writes: Is Tamas Calderwood real, or the Crikey version of the Fake Andrew Bolt et al. Twitter accounts? Why is he not syndicated on Twitter? Is he perhaps the work of an underground auteur writing a touching story about a man who battles chronic denialism for years to find enlightenment in… well, I don’t know. We’ll have to tune in next week to find out. 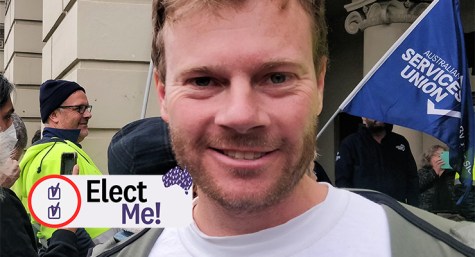 ‘Change from the bottom up’: Felix Dance — Socialist Alliance candidate for Victorian Senate 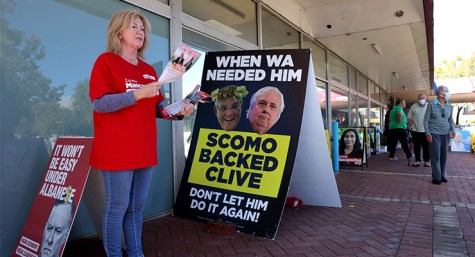 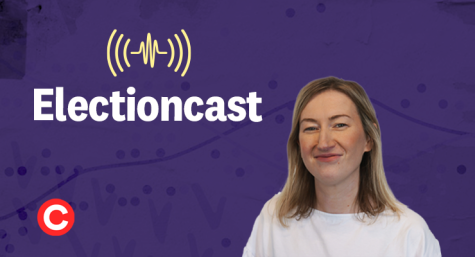 If you change (quite) a few letters Tamas Calderwood is an anagram of Alene Composta.
Coincidence? I think not.

Without changing any letters, it is an anagram of ‘coastal do warmed’. I think we’re onto something here EMC.

MIKE CLARKE: “Cheeses of Nazareth” Why do I think you might be a member of the Dogonaut Club; possibly writing under an assumed name? Hmmm? EMC and STEVO TWT may have a suggestion here. I tend to think MIKE J: the syntax is similar. Olé.

As a medical practitioner with an interest in this matter, I suggest Mr James is actually not reflecting current understanding or science.

He is making the error, deliberately or otherwise, of interpreting uncertainty as falsification. We know there is some uncertainty about the effects of low dose radiation and that the relationship may indeed be “non-linear”. However that uncertainty certainly does not prove, or even suggest” the opposite to be true.

“….. It turns out the graph is not linear, but actually risk drops off at certain very low doses — i.e. the risks reduce to negative at very low dose.”

Really ? This is what the International Commission on Radiation Protection ( IRCP ) has to say on low dose radiation:

“Extrapolation of risk estimates based on observations at moderate to high doses continues to be the primary basis for estimation of radiation-related risk at low doses and dose rates. The fundamental role of radiation-induced DNA damage in the induction of mutations and chromosome aberrations provides a framework for the analysis of risks at low radiation doses and low-dose-rate exposures. Although cells have a vast array of damage response mechanisms, these mechanisms are not foolproof, and it is clear that damaged or altered cells are capable of escaping these pathways and propagating. Cellular consequences of radiation-induced damage include chromosome aberrations and somatic cell mutations. Current understanding of mechanisms and quantitative data on dose and time–dose relationships support the LNT (linear non-threshold* ) hypothesis.”

( *Linear non-threshold means there is no safe lower limit to radiation exposure ).

Clearly, if our peak bodies are telling us that the current best science informs us of a risk, and that radiation damage at low exposures is likely, it is foolish to follow ( or perhaps even publish ) Mr James’ fringe advice.