Fukushima: who and what to trust?

I am in the ranks of the confused when it comes to understanding the seriousness of what is happening at the Fukushima Daiichi nuclear power plants.

If you needed another reason … Three days before the NSW state government went into standby mode for the March 26 election, Treasurer Eric Roozendaal appointed Labor party vice-president Michael Williamson to a $34,300 a year job on the board of the State Water Corporation. They really are people without shame.

A very good question. I am in the ranks of the confused when it comes to understanding the seriousness of what is happening at the Fukushima Daiichi nuclear power plants. I have got no idea which “expert” to trust — whether Japan is on the brink of another mass death creating disaster or dealing with a serious but localised problem.

This piece from a Jerusalem Post correspondent poses the question nicely:

One thing I do know is that there is a natural inclination among politicians and public servants, in whatever country, not to frighten the people by telling them the whole truth. That was very clear, we can now see, during the global financial crisis and this story from Thursday’s London Daily Telegraph certainly makes me worry about everything Japanese officials now say about radiation. 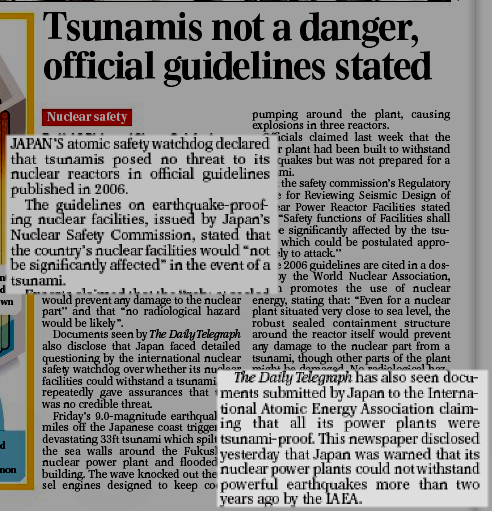 At least that story suggests that the International Atomic Energy Agency was trying to do its job so perhaps its daily briefing is as good a place as any to start trying to understand what’s really going on. You will find the IAEA’s latest summary on Crikey‘s The Stump blog and we will keep posting them there over the weekend as they become available.

In summary the Agency said overnight that the situation at the Fukushima Daiichi nuclear power plants remains very serious, but there has been no significant worsening since yesterday. But when you watch the actual briefing (the video link is on The Stump) you do get the impression that not all the necessary information is being made available to it b y the Japanese.

One consequence for Australia from Japan’s troubles. The price of crude oil rose quite dramatically last night as markets began to factor in Japan becoming more reliant on oil for its energy needs now that a significant proportion of its nuclear power industry is out of action. 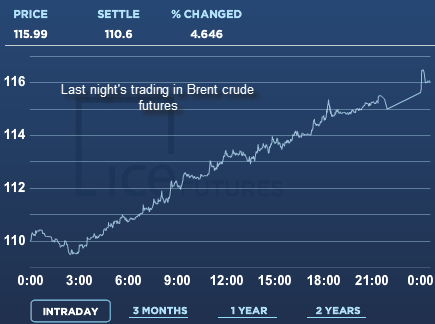 In Australia, it seems, motorists will soon be paying a price for Japan’s earthquake and tsunami.

Buying your way back home after two shooting deaths. The demonstrators are expected out in the streets of Lahore and Islamabad today after the American CIA agent Raymond Davis was released from jail where he was awaiting trial on charges of murdering two Pakistani citizens. The US Government is being rather coy about the circumstances but it seems $2 million in “blood money” was paid to the families of the dead to facilitate the release.

The US Embassy and consulates in Pakistan will be closed today, embassy spokesman Alberto Rodriguez said on Thursday, “for public safety at large because there may be demonstrations tomorrow.”

Details of this real life spy thriller are on The Stump blog at The rattling good yarn of the spy and the Lahore shootings.

With 60 days to go until the Tokyo Olympics, here are the key numbers