Bodalla cheddar is one of the country's biggest selling brands but it certainly isn't made in Bodalla. Richard Farmer discusses the cheese industry's great dairy deception.

I first realised that the Australian cheese industry was a great con when, as a south coast of NSW resident, I visited the Bega cheese factory for one of those factory tours and was told that the only Bega cheese actually produced there was the one labelled vintage. The rest might be wrapped and labelled Bega but all of it was produced somewhere else.

With cheese there’s none of that nonsense as there is with wine about truth in labelling. Just get it made to the recipe wherever the production costs are least. 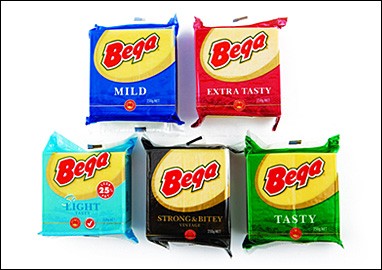 And sometimes don’t even worry about the yeasts that are meant to be the basis of the recipe. Those plastic slices in the supermarket deli are all turned out from the same factory whatever the label indicates. It’s all part of the great dairy deception.

If you wonder what I mean, call in one day at Bodalla on the NSW south coast. Bodalla cheddar is one of the country’s biggest selling brands but it as sure as hell is not made at Bodalla where there no longer is a major cheese factory.

If you made a wine at Griffith and labelled it as Coonawarra you would be facing fraud charges but that’s not so with cheese where anything goes.

I was prompted to remember my Bega cheese visit  by the story that more than 170 workers will be sacked from three cheese manufacturing factories in Victoria and Tasmania following a consolidation decision by National Foods. The decision to consolidate all the company’s cheese brands, except King Island, at an upgraded site at Burnie, Tasmania, also has left 103 staff at two South Australian manufacturers in limbo and infuriated dairy farmers.

A six-month review by National Foods of six cheese manufacturers across Victoria, South Australia, Queensland and Tasmania, the story said, concluded it was not sustainable to operate the multiple sites.

‘If you made a wine at Griffith and labelled it as Coonawarra you would be facing fraud charges but that’s not so with cheese where anything goes.’
I recall hearing that there actually are similar phenomena occurring in the wine industry.
As I understand it, a lot of wine is trucked around the country and gets blended in with the famous-name stuff.

Normally I would say “so what?”, but it troubles me that Bega make such a big deal in their advertising of the “fact” that it is a product of the town. This is a gross deception, and should not be allowed to stand.

what an ignorant article.
Camembert in France;
while some of it is made in Normandy – the traditional origin, there are only two producers actually in the town of camembert. The ‘President’ Factory made “camembert” and a proper artisan made camembert.
I can assure you dodgy cheese practice is not restricted to the Australian Cheese Industry.
The only thing that is “on the nose” like a limburger about the Australian Cheese Industry is how dodgy the King Island Cheese Company is;

Is the cheese made on King Island? Yes. Is the dairy produce sourced locally and made traditionally? No.

But to paint the whole Australian cheese industry as being a complete joke is a completely unwarranted slap in the face. I must say most of the cheeses in the Tarago River region are very good, Piano Hill Ironstone has never had a complaint to my ears, and I know some bloody good goats cheeses you’d be hard pressed to find on any British goat farm.

Australian cheese is still somewhat in its infancy, but dont knock it!