Networks rush to bolster coverage in Japan ... CNBC anchor: We should be 'grateful' that human toll from Japan quake is 'worse' than economic toll ... A month with The Daily -- is it actually worth paying for? ....

Beating TT to the exclusive. Last night A Current Affair showed a special Sunday night edition supposedly to cover the Japan earthquakes (though it seemed more like 10 minutes of earthquake and 20 minutes of Hey Dad news). But wait, doesn’t that image look exactly like the Hey Dad exclusive that Today Tonight have been promoting for Monday, just with a bit of fancy Photoshopping to get rid of the Today Tonight watermark? 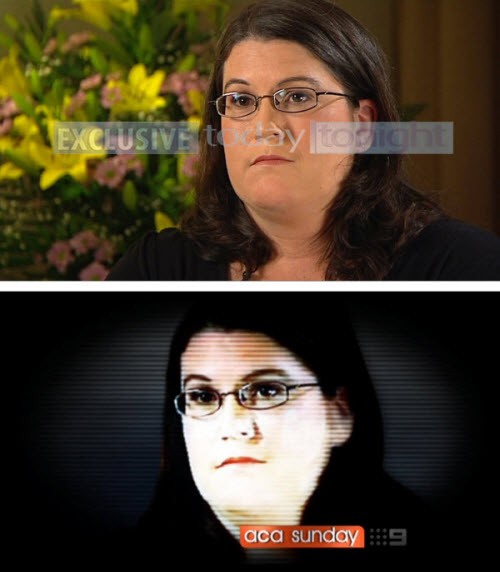 ‘Type the news here’. Channel Ten’s graphics department let one through to the keeper… 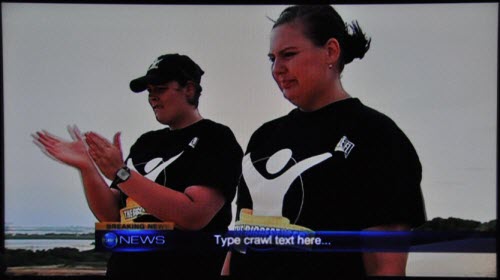 Have a great time in Japan? Once again a travel company hasn’t been able to pull back marketing material at an opportune moment… 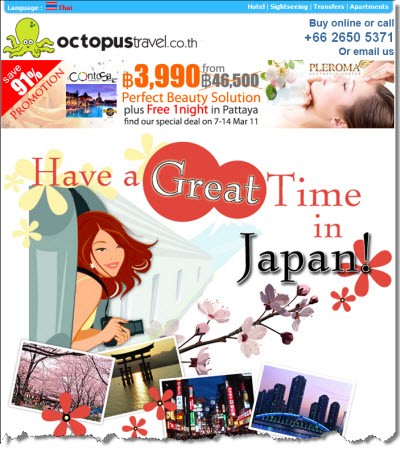 “Western television networks are playing catch-up in the wake of the massive earthquake and tsunami in northern Japan. Recognizing the gravity of the event, networks based in the United States quickly made plans for A-list anchors to travel to Japan.” — The New York Times

CNBC anchor: we should be ‘grateful’ human toll ‘worse’ than economic toll

“CNBC anchor Larry Kudlow made a startling statement about the earthquake in Japan on Friday. Kudlow was listening to a report about the global stock markets doing well in the wake of the quake. ‘All in all, the market taking this in stride,’ his co-host said to him.” — Huffington Post

A month with The Daily — is it actually worth paying for?

“While plenty of critics piled on iPad newspaper The Daily within hours of its launch on Feb. 2, I held off because I wanted to give it a fair shot by really living with it for a while. Now, with more than a month of daily Daily reading behind me, I’ve got some unsolicited advice for the team behind News Corp.’s experiment in tablet publishing….” — Advertsing Age

“Six years ago Jay Rosen wrote an essay arguing that it was time to abandon the sterile opposition between blogging and traditional journalism. On Saturday at SXSW he was still trying to convince us. ‘It’s one internet. The news system now incorporates the people formerly known as the audience.'” — The Guardian

“In an important opinion issued Friday, the U.S. District Court for the Eastern District of Virginia in United States v. Appelbaum upheld a previous order instructing Twitter to turn over to the U.S. government Twitter records — not the content of tweets (that in this case were already publicly available) — related to the government’s ongoing WikiLeaks investigations.” — Forbes

Some plain talking about nuclear lies