Wanting others to appreciate your importance is a human enough failing for a political adviser and it was evident last night. Also, differences of opinion between the PM and her Foreign Minister over Libya and the latest Berlusconi news.

Silent differences of opinion are healthy. Not that it should surprise anyone that there are differences of opinion over what Australia’s policy towards Libya should be. I would hope there is always vigorous debate in our government when armed aggression is one of the subjects on the agenda. But surely we can expect foreign policy to be made in a measured and orderly way rather than by a Foreign Minister big noting himself by flying around the middle east as if his views really matter and a Prime Minister delivering a fawning address to the US Congress.

The Italian newspaper Il Fatto Quotidiano reported overnight that the Moroccan registry official was promised “a large amount of money” to change the birth date of Karima El Mahroug, known by her stage name as Ruby the Heart Stealer, by two years. Italian Prime Minister Silvio Berlusconi is due to face court next month for the criminal offence of having s–xual relations with a woman under 18. 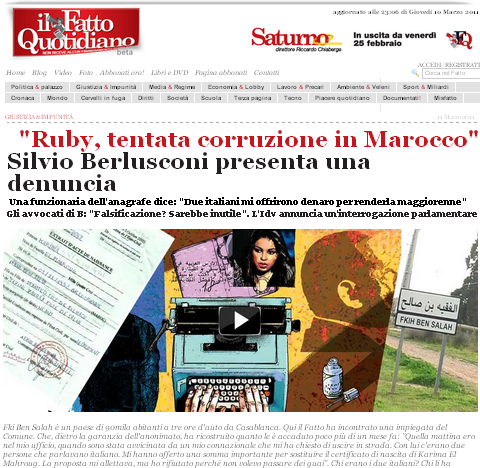 The cold heartless beasts are coming. Hyperbole is reaching new heights in the New South Wales election. Premier Kristina Keneally was reported as saying this morning:

“So, if the Coalition gets their way, I beseech you all.

“And, as grim as it is to say this: be sure to follow up on the child who has gone quiet, who is out of character, who is withdrawn, because you can no longer assume that that child is protected.”

Was this a lie too? An effective little message on YouTube this morning from the Liberal Party: 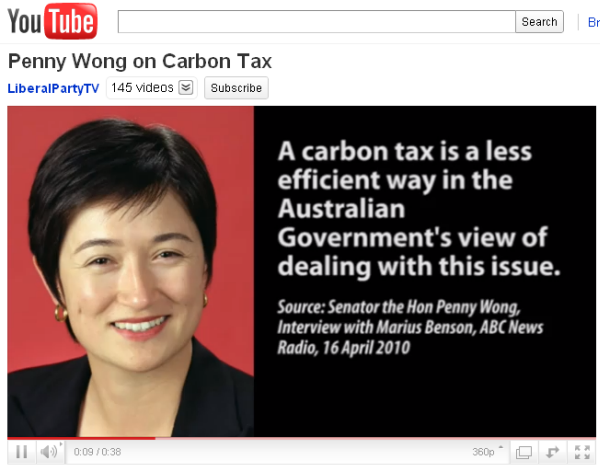 I heard Rudd say we should ‘no fly zone’. I heard Gillard say it was a decision for the Security Council. That clearly says to me there is a rift here.

I didn’t need the words of an upstart “unable to resist showing how he or she was really in the know” to connect the dots for me.

And of course Abbotts ABC couldn’t believe their good fortune and quickly moved to run it, another volley fired at the enemy.

the story is not Rudd doing his job, the story is Gillard’s knee jerk solidarity to the authority figures in her philosophical universe. Or rather her blatantly amoral personality. Ammoral is an important word to understand in politics. Not immoral. Not good or bad, just blank and opportunistic.

There is no right or wrong in that code. It’s like the foreign affairs dictum – no permanent friends or enemies only permanent interests. In Gillard’s case, personal career interest. Abbott is much the same. Just wearing different foot jumpers in a game with broken rules.

For instance note Gillard slavver to Rupert, as if we who fund her, have no right to know her secret meeting. No wonder she doesn’t support wikileaks. The secrets she must keep behind her ditsy laugh. It is quite ditsy too. So the idea she has been overshadowed when Rupe runs her speech to Congress in a double page in Sydney, well she would love that as polls crapped out.

Not nearly as bad a word as sociopath, but drifting down that side of town. Abbott and Gillard are good matches because they both have a huge quota of ammorality.

Gillard on Libya. Just like Gough on East Timor really.