Al Jazeera’s reporting from Egypt’s revolution and now the uprising in Libya has been transformed by the use of social media and social networking tools.

Al Jazeera’s reporting from Egypt’s revolution and now the uprising in Libya has been transformed by the use of social media and social networking tools. “The key to our success,” said Riyaad Minty, the network’s head of social media, “is getting in early.”

“Based on previous experiences and what we saw in Iran and if we go back to the Gaza War, once governments start clamping down on protesters the first thing that they do was to take down communications, specifically online communications,” Minty told the Digital Directions 2011 conference in Sydney last week.

Al Jazeera therefore makes sure to have telephone and other contacts for its sources. And while YouTube, Facebook and Twitter remain the primary venues for building social networks and gathering information, Al Jazeera also runs its own social networks on its English and Arabic websites — and they tend not to be blocked as often.

“We’ve been receiving up to 4500 images a day on our own citizen media sites, which have been usually graphic images. I mean a lot of it you couldn’t actually broadcast, and images that I’ve never really seen before in any other war,” Minty said.

Al Jazeera also distributed low-cost Flip video cameras to some of its trusted sources especially to gather footage of what people are saying on the street. The main problem is that the large digital video files can’t easily be uploaded from the field, so currently this footage tends to be used in end-of-day summaries.

The most common question Minty has faced these past two months is how we can trust what Al Jazeera receives via its social networks. It’s not magic. Stories aren’t run on the basis of single reports. New sources must provide a phone number, email address and the time any photos or videos were shot, and they’re contacted to establish their bona fides.

In other words, social media sources are cross-checked — just like those contacted in any other way.

Al Jazeera’s success in reporting has led to success in audience terms. Since Egypt kicked off, traffic to its website has spiked 2500%, with some 70% of that being via links posted on Twitter and Facebook.

Most of this new traffic comes from people who can’t access Al Jazeera’s traditional broadcasts, with 45%  from the US. The most-tweeted link is to Al Jazeera’s live video stream, with each of the network’s tweets containing a summary of what’s happening at that moment.

“Most of [the new traffic] is from North America, so there’s definitely potential for us to go out there,” Minty said. “We’ve seen public perception towards the Al Jazeera brand shift overnight just because people have been able to tune in to watch us online.”

More than 45,000 emails have been sent to US cable operators calling for them to carry the network, part of a campaign Al Jazeera is, erm, “encouraging”. They’ve also taken out paid advertising on Twitter Search around keywords such as “Egypt”, “Mubarak” or now “Libya”.

Minty is keen to steer people away from letting the technology hijack the revolution, away from referring to Facebook revolutions and Twitter revolutions.

“It’s the people’s revolution … It’s the people on the streets that are fighting,” he said. “Libya is not very well-known for its internet connectivity or having a very active online voice, so what we find is it’s pockets of people that are using these tools effectively … Yes, technology does play a very important role in these revolutions, there’s no doubt about that. But wherever’s there’s injustice in the world people will turn to whatever media, whatever platforms, whatever tools that they have to get the messages out.”

*Stilgherrian attended Digital Directions 2011 as a guest of the organisers. 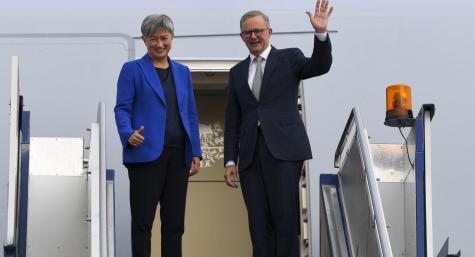 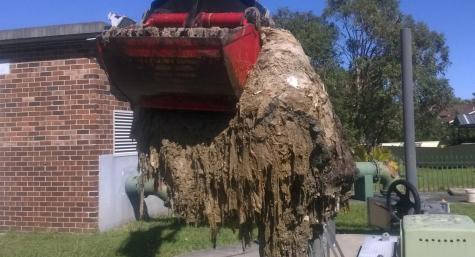 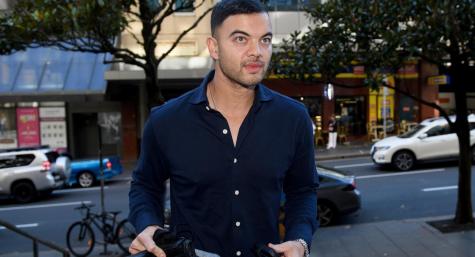 It is not only middle eastern despots who close down communication when the folks get restless, DIAC have a history of doing same. Out in the Desert camps like CURTIN DETENTION CENTRE where a hunger strike of 1000 desperate men is underway, DIAC have turned off computers- the only communication tool.
Phone calls impossible- facebook is the only mode of communication and DIAC CONTROL IT.

@PAMELA – What has the Minister got to say about this abuse of freedom/democracy and other blah blah stuff? How appalling!

There is little doubt that Al Jazeera has unique coverage of events especially in the Middle East and the Arab world but most Australians are unable to watch their excellent English TV channel.
It is carried on Austar Pay TV but metropolitan Pay TV subscribers are restricted to Foxtel where it is not available. Strangely, Al Jazeera TV is carried unencrypted on the Optus D2 satellite transponder 11u which is the same carrier used by Foxtel for subscribers they cannot connect by cable.
I have written and phoned Foxtel over the last 2 years to request that they add Al Jazeera to their offerings but am always told that “it will be referred to their channels team” without further response.
I have been told that Al Jazeera is available in the UK to all digital TV users on the Freeview platform. Are we Australians subject to a form of Murdoch censorship? No doubt Murdoch would prefer us to watch his “Fair and Balanced” !! Fox News instead.

Murdoch indeed rules the roost here. Why else the reluctance to allow freedom of access to Al Jazeera. Oh, I get it. You are free as long as you do what you’re told and watch what we allow you to watch.