Carbon price does a Charlie Sheen

In hindsight, I think Julia Gillard and Greg Combet will be seen to have managed to make the best out of what was always going to be a "courageous" but unavoidable decision on a carbon price.

In hindsight, I think Julia Gillard and Greg Combet will be seen to have managed to make the best out of what was always going to be a “courageous” but unavoidable decision on a carbon price. Quarantining the “lie” and letting it die down before the actual battle over the detail is probably a good thing, and most of the pressure now lies with the Greens in terms of compromise — to paraphrase Oscar — losing one carbon price may be regarded as a misfortune. To lose two would look like carelessness.

Tony Windsor and Rob Oakeshott of course will also come under about as intense a pressure as politicians can come under outside a war zone over the next six months or so as all the stakeholders on the carbon tax start banging at their doors.

And in other news the odd twilight zone of the NSW Election campaign continues, with all the journos struggling on in the face of a non-contest that has all the hallmarks of an older couple that haven’t liked each other for quite some time divorcing — everyone, including Labor, seems to just want it to be out of the way, so they can move on. 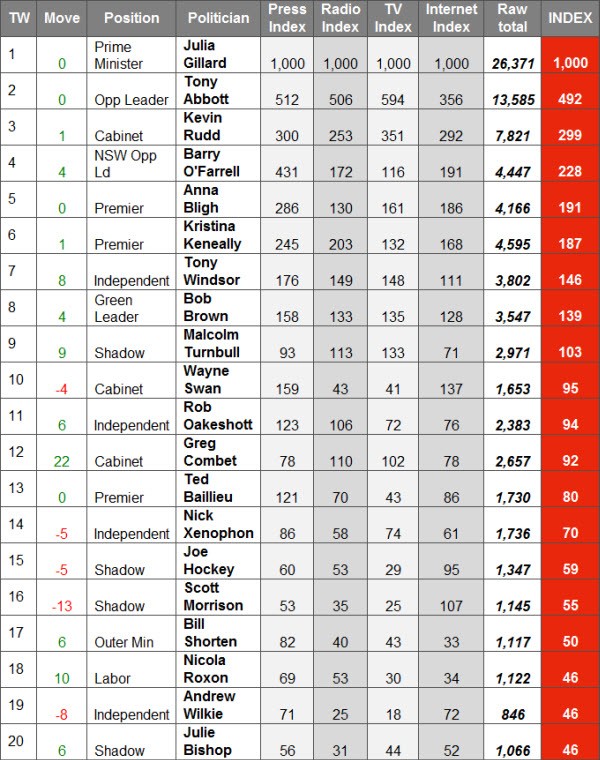 Last week we pointed out that asylum seekers aren’t nearly as big a talkback issue as many in the commentariat would like to think, but climate change and a carbon price most certainly is a big issue, and not just on the right wing stations, again despite the “insiders” declamations.

Charlie was here two weeks ago, but he’s picked himself again. More entertaining than the Oscars, in that schadenfreude way that most humans are so good at.