Teenagers run amok like fallen angels in a drug-drenched paradise in Wasted on the Young, a scorching ultra modern morality fable that uses school grounds, party houses and internet connections as stomping grounds for social allegory. Based in a hyper real parallel universe populated by students, where adults exist but we never see their faces, […]

Teenagers run amok like fallen angels in a drug-drenched paradise in Wasted on the Young, a scorching ultra modern morality fable that uses school grounds, party houses and internet connections as stomping grounds for social allegory.

Based in a hyper real parallel universe populated by students, where adults exist but we never see their faces, debut Australian writer/director Ben C. Lucas promptly introduces us to the troubled existence of the smart but introverted Darren (Oliver Ackland).

One scene in, Darren’s getting taunted and slapped around in the changing rooms. It’s then you can be forgiven for assuming the next two or so hours will consist of another same old same old story of a bullied youth’s struggle for retribution. Lucas spends the remainder of the running time proving just how wrong that assumption was.

Darren lives alone in a ritzy modern abode with his half-brother Zack (Alex Russell), whose place in the school/social hierarchy is comparable to Marlon Brando’s in The Godfather: he masterminds the social scene, organises parties, girls, drugs, people to do his dirty work.

Darren has eyes for a sweet, sensible girl named Xandrie (Adelaide Clemens) who sticks out from the riff raff. She likes him but their romance crashes to a halt before it begins when Xandrie’s drink is spiked at one of Zack’s ekkies-and-lasers parties. Zack and his mates rape her and turf her body off a cliff, leaving her for dead.

It’s clear from the outset that Wasted on the Young will be about searching for justice in one form or another, but you’ll never guess where Lucas’s wild screenplay spirals.

Lucas imagines a hyper real world close to our own, where the constructs of cyber land have created a different plateau of existence. With cinematographer Dan Freene and editor Leanne Cole the trailblazing first-timer cranks the bling and bravado to 11. There are flashbacks, a non-linear plot structure, breakouts into snippets of fantasy and imagination, freeze frames and bursts into convulsions of video game style aesthetics.

Rising star Oliver Ackland (watch this face) is a powerhouse as Darren, able to internalise and project a hotbed of conflicting emotions. The chemistry between him and the bright-eyed Adelaide Clemens needed to work, and it does.

Wasted on the Young is Lord of the Flies for the iPad generation: a fiery parable about abused freedom and corrupted power in a lawless techno-land where every room has a screen, every thought has a status update, every emotion has a social media impulse. Where vengeance can be shared, streamlined, emailed, MMSed. Where a human life – in one extraordinary and disturbing scene that may eventually prove eerily prophetic – can be completely disconnected.

Bob Dylan once intoned the words “to live outside the law, you must be honest.” The message in this film, placed in the context of an online frontier that is still largely without regulation, is similar.

Many things are wasted on the young. Let’s hope the mind-massaging Wasted on the Young – one of the boldest and most original Australian films in years – isn’t one of them. 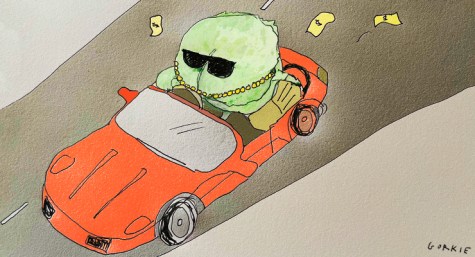