Just when it looked like the world's developed countries were finally shaking off their low growth woes, along comes another oil price shock of the kind that in the past has sent them into recession.

Here we go again. Just when it looked like the world’s developed countries were finally shaking off their low growth woes, along comes another oil price shock of the kind that in the past has sent them into recession. 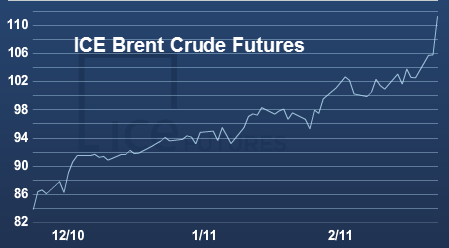 With crude supplies from Libya on the verge of being completely cut off, oil prices are unlikely to fall any time soon and we might not yet have seen the peak.

The strong Aussie dollar that has spared Australian motorists from most of the pain caused by the steady rise over the last year is not likely to help this time. Petrol prices will soon soar and inflation will return as a major problem.

A tough time for a carbon price. Prime Minister Julia Gillard should be hoping that high petrol prices are not still around in July next year when she plans to introduce a price on carbon emissions. Her line in announcing her plans this morning that “the time is right and the time is now” will sound a bit glib if motorists are already complaining about the cost of filling up the tank.

A Women’s Weekly verdict. There’s a touch of desperation about the Liberal National Party in Queensland deciding to attack Premier Anna Bligh for spending a few hours this month talking with and posing for the Australian Women’s Weekly. 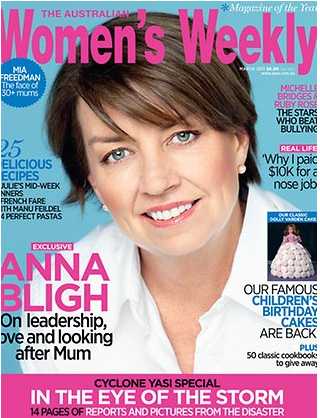 Clearly it has been galling for the Opposition that the way Ms Bligh has handled the difficulties caused by floods and cyclones has seen her popularity rise. This cheap and nasty criticism will not change public attitudes. It is an appeal that will only strike a chord with the already converted — those people, a significant minority I expect, who would not approve of her actions whatever they were.

Innovation at the SMH. It will be interesting to see how many hits The Sydney Morning Herald website gets for its showing from midday today a debate between NSW Opposition Leader Barry O’Farrell and Premier Kristina Keneally. 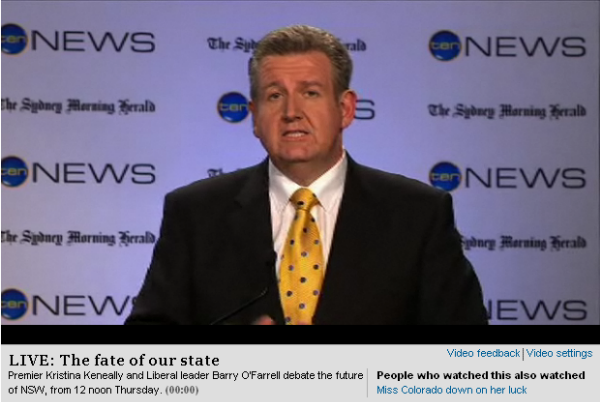 What I could not help notice when I looked in was the note that “People who watched this also watched Miss Colorado down on her luck.” I suppose that’s the kind of program that Mrs Keneally reminds you of.

And now for live sport. The growth of the internet as a way of delivering the news is not by any means limited to politics. Overnight came the news that YouTube is bidding to become the home of live sport online. The arm of Google that in January last year signed an exclusive contract to show Indian Premier League (IPL) cricket matches is now in talks with the US National Basketball Association and the National Hockey League.

Whatever the number of hits that the SMH reports for the O’Farrell/Keneally debate, the number will be unreliable. I was trying to read the online SMH while this was on and the blooming video just kept starting up – no matter how much I kept the cursor away from it.

The geeks at the SMH may think this is innovation – my thoughts on the matter are probably unprintable.

Re: Anna Bligh as a cover girl –

The extraordinary thing about the LNP in Queensland is that not even their supporters like them.