In the past two weeks WikiLeaks has released cables at an increased rate as it seeks to capitalise on unrest in the Middle East, keep its original release schedule on track, and also to stay ahead of its competitors in northern Europe, writes Luke Miller.

In the past two weeks WikiLeaks has released cables at an increased rate as it seeks to capitalise on unrest in the Middle East, keep its original release schedule on track, and also to stay ahead of its competitors in northern Europe.

The original WikiLeaks cablegate process of partnering with a select few major news organisations and drip feeding batches of thematically linked but carefully vetted cables to the public is now in tatters, with events overtaking the stately release cycle.

Having been ahead of the curve on Tunisia, publishing cables that underlined President Ben Ali’s corrupt rule three weeks before protests erupted against his regime and thereby providing invaluable context to international reporting of the uprising, the organisation then failed to capitalise as the wave of democratic fervour spread to neighbouring countries. It was three days after protests began and a day after Egypt had killed access to the internet that WikiLeaks managed to release 56 of their Egyptian cables. This reduced the activist website and its supporters to randomly faxing the cables into Egypt in the hopes they would be of some use.

Even then, the vast bulk of Cairo cables, more than 400, were not able to be vetted and released until  February 16, five days after Mubarak resigned.

Determined not to repeat the mistake, WikiLeaks over the weekend released hundreds of cables related to Bahrain, as well as pointing journalists to their large batch of 400 Libyan cables released at the start of the month.

Behind-the-scene shenanigans are also clearly affecting the release pattern. WikiLeak’s early supporters included intellectuals and politicians drawn heavily from Nordic Europe. They treated the organisation as a nascent civic institute for open government. As the competitive pressure to cover the story has increased, evidence is emerging of personal networks influencing decision making as professional scores are being settled and personal favours are called in. For example, the entire cable database was leaked in December to Norwegian news organisation Aftenposten, and then in January to Danish newspaper Politiken.

Aftenposten provided Dutch newspaper NRC with 3000 cables related to the Hague. WikiLeaks retaliated by providing rival outlet NOS with the same set and simultaneously releasing the same cables on its own website as they are published.

This has seen a massive increase in the number of cables from the Hague and other embassies, with nearly 600 cables from northern Europe released in mid-January.

Unfortunately, the rest of the planet’s media outlets have no such luck, with the botched Fairfax release the closest our region gets to an inside track.

Continuing underneath it all is WikiLeak’s Central and South America slow burn, with hundreds of cables from places such as Mexico, Chile and Brazil outlining a range of topics, from Brazil’s rising dominance, US doubts about the drug war in Northern Mexico to Hezbollah’s presence in Chile.

For nearly two months now WikiLeaks has been publishing a lot of material on South America, perhaps hoping to cause the US heartburn as it attempts to shut down WikiLeaks.

An old Prussian Field Marshal said that no battle plan survives an encounter with the enemy. As WikiLeaks, that most 21st century of creatures, scrambles to stay on top of the forces it has unleashed, this 19th century advice seems particularly relevant. 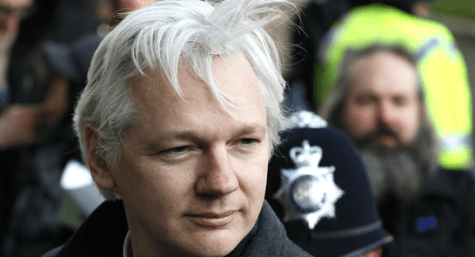 Are US academics who cite WikiLeaks blackballed?

Assange/Wikileaks (are they separate anymore) getting narky about their trove getting leaked?