How the TGA could improve its media relationship

In the US, the Association of Health Care Journalists (AHCJ) is pushing for the Food and Drug Administration and other health agencies to be more open and responsive in their dealings with the media. You can read more about their campaign here and here, while this piece gives a staggering account of how the FDA […]

In the US, the Association of Health Care Journalists (AHCJ) is pushing for the Food and Drug Administration and other health agencies to be more open and responsive in their dealings with the media.

You can read more about their campaign here and here, while this piece gives a staggering account of how the FDA stonewalled one reporter’s straightforward requests for information for a story on problems with intrauterine devices (IUDs).

Meanwhile, it seems that many Australian journalists are similarly unimpressed with the responsiveness of the TGA and other health agencies.

This recent Croakey post put out a call for journalists, Gov 2.0 experts and others to provide suggestions for a submission to an independent review examining how the TGA could become more open and accountable in providing information to the public, including via the media.

Presumably the submission will eventually find its way to the TGA website with the other submissions but in the meantime, a summary follows below. (If you’d like a copy of the full submission, please leave your details below.)

This is a summary of a submission from health journalist Melissa Sweet and other contributors to the health blog, Croakey. It aims to include the views of journalists and others with a concern for disclosure in the public interest. It represents a compilation of views. All contributors do not necessarily agree with all statements or recommendations in this submission.

The review should be considered within the wider context of increasing expectations internationally that public agencies should become more open and transparent. This reflects widespread frustration with a culture of secrecy and information-control that has infected many governments and bureaucracies, perhaps as a result of “corporatisation” of government processes and cultures, and no doubt also in response to the demanding nature of the 24/7 media cycle. The push for greater openness is also being driven and fed by online developments.

This extract from Micah L. Sifry’s new book, “WikiLeaks and the Age of Transparency” is relevant:

…here’s why the anti-WikiLeaks backlash is futile. The transparency movement is not going away….The explosion of capacity means that old practices of hoarding or hiding information, done sometimes for pragmatic reasons (it was too costly to make lots of copies) and other times to maintain a position of privilege, now seem like artificial barriers to access….Charging exorbitant fees to access public information, or preventing people from contributing their own knowledge, is seen as hopelessly behind the times. And a government body that monopolizes control of public data not only risks undermining trust in its actions. It also stands to lose out in the burgeoning new world of participatory democracy known as “we-government,” where citizens are using connective technologies and public data to create whole new ways of identifying and solving civic problems.

And if these things seem principally ‘rights based’ one should never forget the economic contribution that can be made by people who are engaged and who can convey information from particular perspectives and with particular knowledge – sometimes high level scientific or practical knowledge that may not be available within an agency.

The TGA, as other submissions have noted, is perceived as being closed, secretive and unwilling to engage in the public arena. This was the general feedback from a number of journalists in response to a recent Croakey post calling for input to this submission. The picture is of an organisation that hides behind its PR minders. To be fair to the TGA, similar criticisms are also made of federal, state and territory health departments.

There needs to be a cultural shift at all levels of the organisation to ensure that public engagement is valued and seen as core business, rather than being seen as something to be avoided.

Recommendation: The TGA engage with change management consultants and Gov2.0 innovators to revise organisational objectives and to foster cultural change. Perhaps senior executives’ KPIs should include some measure of their own and the organisation’s engagement in the public arena, for example.

Many journalists complain that they do not have access to TGA officials with the relevant expertise for stories they are researching. All requests must be put in email to a PR consultant, who typically then provides a response in writing. This does not allow the to-and-fro questioning that helps inform constructive journalistic research. It also eliminates the possibility for journalists and TGA officials to develop effective relationships that can foster a useful exchange of information. There are many journalists who specialise in covering health, in both the mainstream and specialist media. Many have been covering the round for more than a decade and have a commitment to covering the round. It is to the TGA’s detriment not to engage with these journalists, in particular.

There are also concerns of potential for conflict of interest, as the same PR consultancy has been covering the TGA as the Federal Department of Health. There is a sense among journalists that the political/bureaucratic objectives of the department take priority.

The TGA has been criticised for a lack of transparency about who is involved in making what decisions.

Recommendations: The TGA develop in-house media team that is committed to open engagement and helping to develop constructive relationships between key TGA officials and journalists. The TGA website should include the contact details of which TGA officials are responsible for which areas and who are able to take media calls.

The TGA should seek to proactively engage in public debate when issues related to therapeutic goods are in the news. A model to consider is the Behind the Headlines web-based analysis of news stories provided by the NHS.

More specific recommendations come from Dr Joel Lexchin, an emergency physician in Canada, a professor in the School of Health Policy & Management at York University, and an advisor to many agencies and governments on medicines policy. He made these suggestions:

1. Drugs of concern (used by high-risk populations, potential for serious side effects, etc) should go to advisory committees that meet in public and all the material that the committee members see should also be public. (FDA does this)

2. Make public the names of all drugs that are being considered for approval.

4. Make public all clinical material submitted in the drug approval process plus the TGA reviewers’ comments about that material within a reasonable time (say 3-6 months) after a final decision has been made. (FDA does this more or less but it often takes a while to get things posted.)

Meanwhile, David Egilman, Clinical Associate Professor from Brown University Department of Family Medicine referred the review to this article that he co-authored in Archives of Internal Medicine (April 9, 2007), titled: “Avoiding the Regulatory Capture of the Food and Drug Administration”.

Former FDA Commissioner, Dr David A. Kessler, submitted (via Twitter): Important that TGA let the public know about products’ risks, even when the TGA doesn’t have the full answer.

It seems odd that a review of the TGA’s website is being conducted separately to this review. Surely the website should be central to the disclosure of information and public deliberation about TGA policies.

The TGA scope best practice internationally – whether from the public or private sectors, from health sector or beyond – in the online disclosure of information. It should include but not confine itself to investigating what other drug regulatory agencies are doing. One Croakey contributor suggested this FDA site as a useful starting place: http://www.fda.gov/NewsEvents/InteractiveMedia/default.htm (However, other contributors, particularly journalists in the US raised many concerns about FDA culture and processes around transparency.)

The TGA should convene a roundtable meeting to bring together TGA officials, Govt 2 and social media innovators, journalists, journalism academics, experts in the quality use of medicines, and others with an interest in public interest disclosure to canvass possibilities for innovation.

The details of contributors are in the full submission. 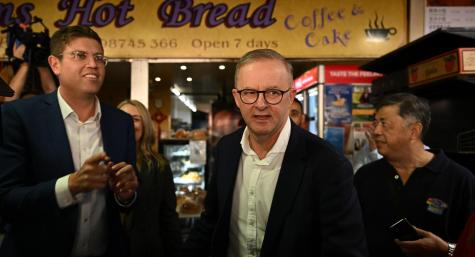 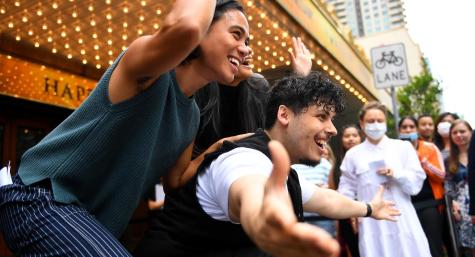 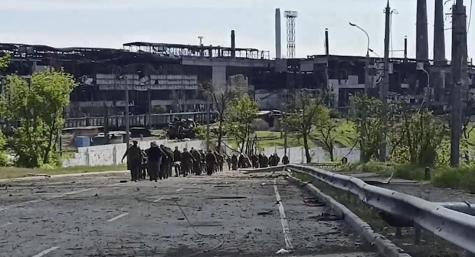