An uncensored, taxpayer-funded TV show about housing commissions. By gee, if that's not a recipe for tabloid TV gold, then nothing is.

An uncensored, taxpayer-funded TV show about housing commissions. By gee, if that’s not a recipe for tabloid TV gold, then nothing is.

A Current Affair and Today Tonight worked themselves into a lather yesterday, when they jumped on a story about an upcoming show set to launch on SBS TV.

The show — Houso’s — is due to screen on SBS some time in the latter part of this year. It’s by Paul Fenech — the brains behind irreverent comedy Fat Pizza, which played up ethnic stereotypes in Sydney’s western suburbs.

But if you happened to see the promo for last night’s ACA, you would have thought Houso’s was anything but funny. Incriminating clips of the show were used behind scary music and a deep threatening voiceover. You could almost smell the outrage:

Houso’s was “the outrageous TV show targeting Australia’s poorest residents … and it’s funded by the government.“ 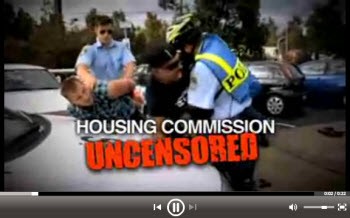 Realising what was coming their way, SBS released a press release yesterday afternoon to clarify the comedy hasn’t actually been funded by federal government money:

“Houso’s is not a reality series and everyone participating in the series is an actor. Audiences have always understood Paul’s work to be highly exaggerated parody.

“The program, as with Pizza, is not receiving direct funding through any state or federal government funding agency and is being funded by SBS through revenue raised by commercial activities.”

By the time the segment aired, you couldn’t help but get the feeling it had been watered down. The tone was lighter than the promo and, in what was a great bit of publicity for Fenech, reporter Nick Etchells quizzed some housing commission residents who actually found the show funny: 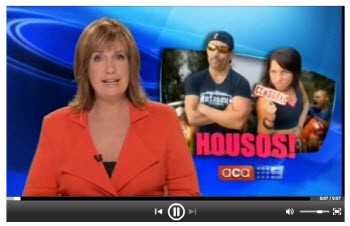 But over on Channel Seven, Today Tonight were maintaining the rage. Their housing commission residents were pissed off about Houso’s, as was reporter David Richardson:

“767,000 Australians live in housing commission estates. They are our low income earners. The disabled, aged pensioners, single mums. Each of them struggling to make it day to day. If things weren’t grim enough, now they find themselves the butt of a primetime government national joke.” 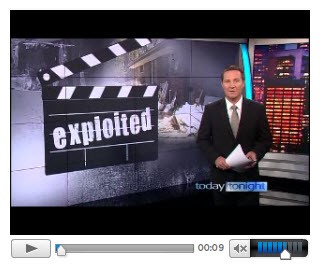 So in the end, Houso’s has been accused of exploiting, targeting and intruding on innocent and unsuspecting people.

Gee, I wonder where we’ve heard those claims before.

Such is the hypocrisy of A Current Affair and Today Tonight , they are never slow in condemning those same 767,000 Australians who live in housing commission estates. The low income earners. the disabled, aged pensioners, single mums. Each of them struggling to make it day to day….when it suits to run stories about the neighbours from hell, the bludging housing commission tenants, the single mums ripping the tax payer off, the Housing Commission lazy tenants who wont get off their backsides etc etc…if there is a story in it these intruders will stop at nothing to get ratings…Media Watch is full of stories that are generated by items from these two trashy programmes…there is no gold medal awarded for such rubbish.

Yes David, but think of all the advertising that Houso is getting from A Current Affair and Today Tonight. And at no expense to SBS and us tax payers! Paul Fenech must be rubbing his hands with glee!

Agree Mathew, my grump is with the two commercial programmes unprofessional attitude, at least they ended up with egg all over their respective lenses yet again.

I think many sponsers on the nine and seven network would be outraged that there money if funding these shows. I’m sure in the Western Suburbs of Sydney ACA and TT are comedies. Ironic indeed.