Kim Jong Il, founding member of the Axis of Evil and surely the world’s worst dictator, was 69 yesterday. I feel terrible forgetting his birthday, but luckily the Chinese and Serbians remembered, as did the Syrians.

Kim Jong Il, founding member of the Axis of Evil and surely the world’s worst dictator, was 69 yesterday. I feel terrible forgetting his birthday, but luckily the Chinese and Serbians remembered, as did the Syrians.

Even the Japanese sent flowers.

Naturally, Kim’s loyal subjects — those who haven’t yet starved to death or died in prison — also turned out to celebrate his anniversary in a spontaneous display of affection and gratitude.

And someone (probably him) sent presents: “a couple of $50,000 Steinway grand pianos, a handful of Mercedes Benzes, and a $16 million yacht“. 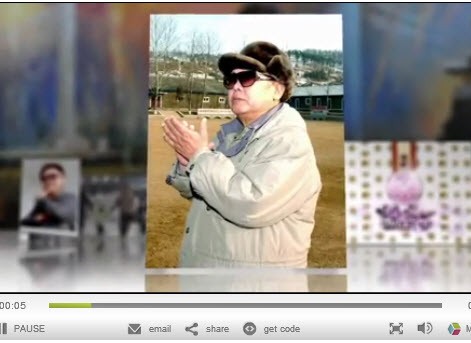 Kim’s party saw fireworks, ice-skating and a Busby-Berkeley-style synchronised swimming display, in which a hundred-or-so gorgeous Kimjongettes with bright red fans swam into the shape of a huge red flower. 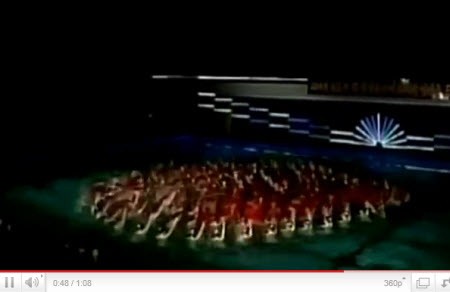 This of course was a Kimjongilia, a hybrid Begonia named after North Korea’s Supreme Leader. And thousands were on display yesterday, despite temperatures well below zero, because it was also the start of the Kimjongilia festival.

According to the Korean Central News Agency, these floral tributes — potted and in full bloom — were raised by “the armed forces and power organs, ministries and national institutions, soldiers, people from all walks of life and school youth and children” during Pyongyang’s harsh winter.

Which may be why North Korea’s dictator is so keen to keep his nuclear power program, and certainly explains all those glasshouses the CIA have spotted on Google Earth. Sorry, just kidding.

Kim’s birthday was also marked by publication of Volume 92 of his collected works — yes, seriously — thanks to heroic efforts from The Workers Party of Korea to rush it out on time.

Meanwhile, Kim’s present to the North Korean people — a day’s supply of corn and rice — failed to show up in several parts of the country, according to South Korean human rights activists, because of food shortages. No one knows how bad these shortages are, but the UN claims millions are going hungry.

An even better present would be for Kim to die or leave the country and take his son with him. But it may be too late. According to some reports, the Supreme Leader kicked the bucket in 2003 and has been replaced by a lookalike.

But whether he’s dead or alive, Kim is certainly rich: the dictator is alleged to have amassed a $4 billion fortune, with a large proportion banked in Switzerland and Luxembourg.

Gees I knew I forgot somebody’s birthday yesterday as well! I must remember to send him a birthday card!!!

Haw Haw Haw !!! George “Dubbya”Bush here, how ya all goin?

Thankyou for confirmin our neoconic view of the world….those damn criminals will be brought to justice. Those keelers will all get all whats comin to em.

You know, I can still remenber the nite down in Texas when me and dicky boy and Donny got on the budweiser and came up with the idea of Axis of Evil.. haw haw haw!!! we knew the masses would fall for the connection ta musolinee, aDolf and ol Tojo, haw haw haw!! ..everyones a dupe, i say dupe boy..haw haw haw. We all will teach those renegade keelers not to float theyre damn currencies…Yea, we’ll accuse those mongrels of everythin while we operate behind the seens ands commit every heinos crime unmentionable ..haw haw haw..Yea boy, we got a sayin down in Houston, if ya can’t measure the Left horn of a bull at the same time as the right horn then it aint a bull..haw haw haw, you ozzies are such good frends…or ma name aint george”Dubbya”Bush..by ya all for now