Are we too scared to find out?

Apparently a petition like this one calling for a ban on Muslim immigration has been tabled some 68 times in Federal Parliament.

Are we too scared to find out? Apparently a petition like this one calling for a ban on Muslim immigration has been tabled some 68 times in Federal Parliament: 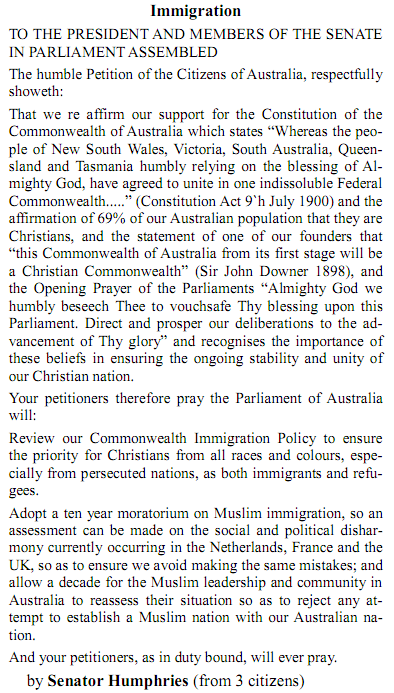 I should quickly point out that Gary Humphries, the Liberal Senator from the ACT who presented the most recent version last Thursday, does not himself endorse the sentiments. Senator Humphries was simply acting, as members of all the major parties have in the past, in the parliamentary tradition that all citizens should have the right to have their views expressed. Nevertheless he has come in for some criticism by Muslims in the Canberra community for aiding and abetting a growing anti-Muslim prejudice.

My colleague Bernard Keane wrote yesterday in Crikey of how “it’s extraordinarily hard to believe that a number of Liberals aren’t engaged in a deliberate campaign of blatant Islamophobia, and have been for some time.”

The apology that wasn’t by opposition immigration spokesman Scott Morrison, and the mealy-mouthed praise by Tony Abbott for his colleagues so-called “guts” in repeating his claim that g0vernment should not have paid to fly Muslim mourners to the Sydney funeral for victims of the Christmas Island drowning tragedy, was just further evidence.

My quick glance at the various vox pop style instant opinion polls on websites and the remarks on talk-back radio indicate that in terms of public opinion the responses of Messrs Abbott and Morrison accurately reflect the opinion of many Australians. The sentiments in that petition would certainly have the support of many more than the three who signed it. But how many more?

When I went searching for data from proper opinion polls about attitudes to Muslims and their immigration I could not find any. It made me wonder why. The political parties themselves are certainly probing in this area but Australians generally are not allowed to know the extent of the prejudice that exists.

Would the truth really be any more harmful than the present ignorance?

Floods and global warming. As the rain pelts down in northern Australia comes a reminder that the likelihood of extreme rainfall may have been doubled by rising greenhouse-gas levels. Two studies in this week’s Nature1 conclude that climate warming is already causing extreme weather events that affect the lives of millions. The research directly links rising greenhouse-gas levels with the growing intensity of rain and snow in the Northern Hemisphere, and the increased risk of flooding in the United Kingdom.

The nature news website comments that insurers will take note, as will those developing policies for adapting to climate change.

“This has immense importance not just as a further justification for emissions reduction, but also for adaptation planning,” it quotes Michael Oppenheimer, a climate-policy researcher at Princeton University in New Jersey, who was not involved in the studies, as saying.

The Italian political soap opera just gets better and better. As the courts get ready to try and try Italian Prime Minister Silvio Berlusconi on sex charges, Ruby the heart stealer, the young woman at the centre of the charges, has cashed in on her fame by making a television advertisement: 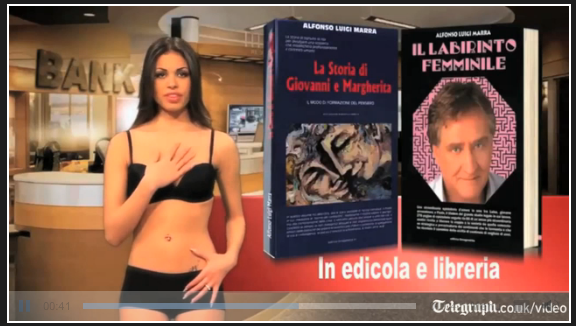 And if it is not Silvio Berlusconi himself or his women making the headlines it is the football team he owns.

Gennaro Gettuso of AC Milan grabbed and then head butted the 50+ year old Tottenham coach after his team lost 0-1.

Cutting off gas supplies to Israel. No wonder they are getting a bit nervous in Israel. 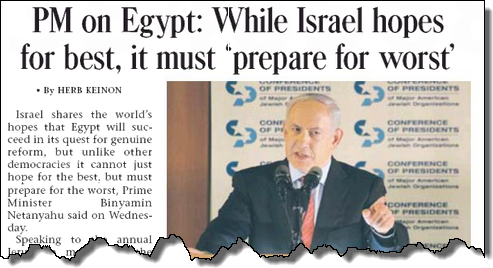 The Jerusalem Post reports that top leaders of the movement that toppled the Mubarak regime said they would demand that the military move more quickly on creating an interim civilian government, cut off natural gas shipments to Israel, and not allow the former president to leave.

Tarek El Khouly, coordinator of the April 6 Youth Movement, said in an interview with USA Today that the group would resume massive demonstrations if its requests were denied. He said the demands will be presented on Thursday at a meeting with the Armed Forces Supreme Council, which is now running the country.

“If the demands are not met, we’ll be on the street again,” El Khouly said. Representatives of the April 6 movement, the main organizers of the protests, will be among 10 democracy activists meeting today with the council.

He said the group believes gas shipments to Israel must cease because the “Zionist entity” is mistreating Palestinians.

What a vicious and nasty petition! Of course it came from a bunch of Christians…

Memo to its backers: plenty of us among the 31% that AREN’T Christians not only abhor the anti-Muslim sentiments in it but also the proposal for positive discrimination in favour of Christian migrants, which no-one appears to have brought up.

Interesting that the Jerusalem Post quotes the supermarket tabloid USA today on the subject of gas sales to Israel. The JP does not have a reporter on the scene but they must have seen Amira Hass’s report in Haaretz. Hass, who is on the spot and can read Arabic actually quoted the April 6 statement where the argument for ceasing the Gas sales was the actual court case to that effect that Mubarak had ignored, That court case in turn was not on based any pro-Palestinian feelings but on the broadly acknowledged low price which costs the Egyptian Treasury hundreds of million dollars a year.

Malcolm I would add that many, many Christians I know also abhor such sentiments, as per usual there are the few who are only too happy to exploit the many for their own gain.