It will be back to the good old days in the Australian Capital Territory if Canberra's local government goes ahead with plans unveiled yesterday to do away with the departmental structure of the public service and replace it with a single corporate entity.

First we join them together … It will be back to the good old days in the Australian Capital Territory if Canberra’s local government goes ahead with plans unveiled yesterday to do away with the departmental structure of the public service and replace it with a single corporate entity.

The plan was developed by a team headed by former Federal Defence Department Secretary Allan Hawke. It would see the existing 10 departments abolished and nine new directorates placed under the control of a single departmental head who would be answerable to the Chief Minister.

The changes would mark a return to the single department system that governed the national capital before federal politicians some 21 years ago forced self government upon people who were quite happy without it.

Then we should pull them apart. For his next trick perhaps Allan Hawke should be sent back to his old stomping ground to work out a way of returning the administration of defence to the way it was 38 years ago.

It seemed like a good idea at the time when the Whitlam Labor Government amalgamated separate departments of army, navy, air and defence supply into the one omnibus Department of Defence.

Recent history, however, suggests that the giant beast has become wastefully unmanageable.

Really big men in scandal. Don’t worry about that last quarter decline in the country’s gross domestic product. Japan has a real crisis.

The police have asked for two sumo wrestlers to be prosecuted in connection with illegal gambling allegedly linked to organised crime.

And worse still, the scandal is so bad that the Japan Sumo Association has cancelled next month’s grand tournament while a special investigation panel continues its inquiry. 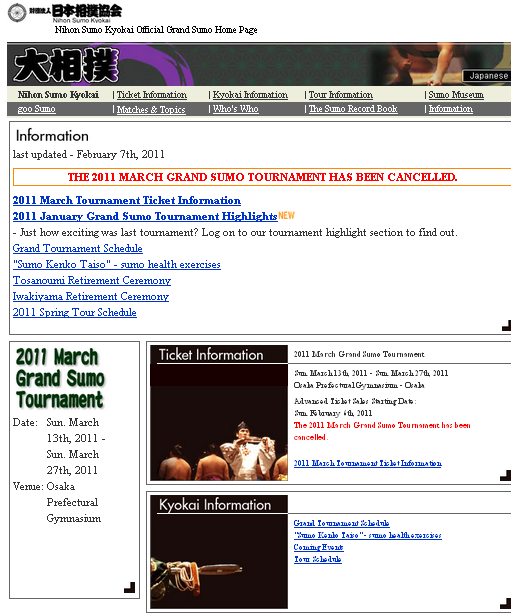 Rupert finally pays his taxes. The Canberra Times has a great read this morning about the way Rupert Murdoch’s News Limited does business. It reveals that News has been forced to pay the ACT Government $77 million in taxes and penalties after an alleged tax-avoidance scheme perpetrated on the territory unravelled.

Rupert Murdoch’s multi-national media empire handed over the money to the territory late last year in a secret settlement, two years after being dragged into court by the ACT’s tax authorities demanding $84 million in unpaid taxes, penalties and interest.

It is a story worth remembering the next time you read an editorial in The Oz about unethical behaviour.

Hell hath no fury like a senior public servant scorned

The rich irony of crying ‘lawfare’ while surrendering our sovereignty

Four Corners: we stand by our story

since when has it been unethical to fight the tax department?

“since when has it been unethical to fight the tax department?”

When a dodgy tax avoider has employed devious strategies to fleece a nation of $77 million.