Christopher Pyne said that Marieke Hardy's piece published about him last year bothered him "not in the least bit." So why is he now threatening to sue? 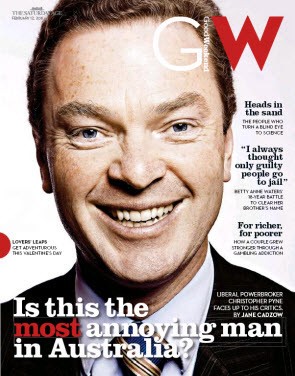 Not so much for what he said in the Fairfax magazine profile of him published over the weekend, but what he didn’t say.

Somehow between telling writer Jane Cadzow that the Marieke Hardy piece published in The Drum last year that attempted to measure the level of hatred aimed at Pyne by employing scientific samples such as “Kyle Sandilands” and “India” (and included the interesting side note that “Michael Kroger also has crinkly hair”) didn’t bother him — “not in the least bit” — two legal letters landed on the ABC’s desk, letters reserving his right to sue unless a settlement is reached.

“People write nice things, people write ghastly things. There’s no point in getting too fussed about it,” said Pyne to Cadzow.

No point. And yet Hardy’s piece was pulled down within hours of publication and resulted in an apology from editor Jonathan Green.

Green has confirmed the details of this morning’s Oz story with Crikey.

We could point out here how deeply inappropriate it is for a politician to even consider pursuing the public broadcaster over damages in relation to a piece like this, but we have a more pressing question: can you get sued for this? 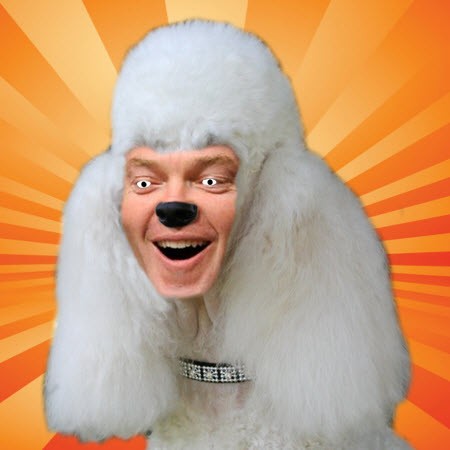 Could I get sued for saying that Chris Pyne is the Liberal Party’s gerbil, because he’s always up Tony Abbott’s ah, ah…ok, let’s not go there?

Of course you can get sued Crikey!
Stand by for a flood of writs from The Poodle Society Of Australia. For gross, criminal libel. 🙂

I’m not a Christopher Pyne lover at all (should be careful how I phrase that, I suppose) , but why is it “deeply inappropriate it is for a politician to even consider pursuing the public broadcaster” … because it’s a joke?

When I unrolled the paper on Saturday I SNORTED with laughter – I’d have stuck the cover on the fridge, but I couldn’t bear to because he really is the Most Annoying Man in Australia. Well in my home at least. The article itself was interesting in that it both confirmed his annoying status as well as explaining why/how he’s got to where he is now. The threatening letters just confirm that his vanity does have its vulnerabilities after all. Go get him, Dog.

Surely just a salvo to warn off anyone even contemplating publishing the rumours which have been following him around Canberra for the past five years.