In today's Media Briefs public trust in the Australian media is among the worst in the world, Ten cooks up a new deal for MasterChef, a teenager jailed in Syria for blogging and more ... 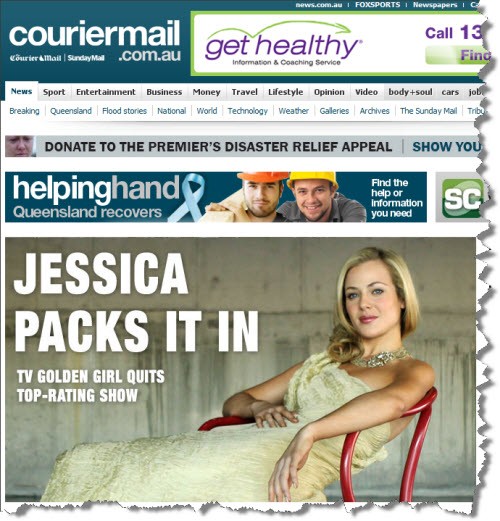 “Reports that J.P. Morgan is raising capital for a new so-called “social media” fund have been confirmed by sources close to the matter. The new fund will focus on privately held internet and social media companies like Facebook and Twitter, and is expected to have between $500 million and $1 billion in capital from wealthy retail investor, according to various news outlets.” — Forbes

Public trust in Australian media among worst in the world

“The Australian public’s trust in the media is lower than in virtually any other country, research released today by Edelman Public Relations suggests. According to the survey, only 32% of the Australian public trusts the media, compared to a global average of 49%.” — mUmBRELLA

“Network Ten has signed a multi-year deal with Elisabeth Murdoch’s Shine Australia to retain the rights to ratings hit MasterChef beyond this year.” — The Australian

“One year ago, at the suggestion of my editors at Foreign Policy, I established a Twitter account associated with my blog, Turtle Bay. I obliged the request, but as a longtime newspaper reporter, I was skeptical that having access to a series of 140-character missives would change the way I report the news. Simply put, I was wrong.” — Foreign Policy

Teenager jailed in Syria for blogging

“Syria has sentenced a nineteen-year-old woman to five years in jail for writing on a blog that she ‘yearned for a role in shaping the future of Syria,’ per Reuters. Syria called it ‘revealing information that should remain hushed to a foreign country.'” — Jezebel

“Manchester United have become the world’s most popular team, as measured by fans on Facebook, the social networking site that has more than 600 million active users across more than 200 countries.” — Sporting Intelligence

While I’m all in favour of word coinage, and am delighted with Andrew Crook’s invention, “In short, Sheridan’s a Suharto shrill.” I think it appropriate to advise that the apposite word he’s searching for is ‘shill.’ Still when used in describing a journalist, ‘shrill’ is very good.

Of course “other things” happen in Brisbane that grab the imagination of our “Loam Star” local rag – there’s “Biggest Loser” (which is neither idiosynchratic, nor about falling gnu’s paper circulation).

“Distrust in the media”? Who owns 70% of our papers and FUX gnus for profit.

Funny episode of “Quislings and Acrobats” last night.
Khalid selling the US “government protecting business” line on “Democracy in the Middle East”. Two members of the LNP (“Limited News Party”) in Coonan and Sheridan, and that waste of paste Craig Emerson, in loose unison over Assange, who seems to have crashed their collective parties, letting the rest of us voters in on “what goes on in politics”.
Funny watching Pilger pulling each back from their launches into their abyss of fantasy (to wax lyrical in their rhetorical never-never land), with a few embarrassing facts – as Wikileaks threatens.
Joke of the night went to Sheridan and “Abbott’s trial by media/the damage to the media industry this Channel 7 story has done” – sitting there, in the low water mark of “Utegate” and what the stable did to Simon Overland, with nary a hint of irony? Impervious to criticism when you’re such a part of that media spin cycle, when you “own” so much of it?
Next week it gets “funnier” (if it wasn’t so potentially serious) – main bout will be “Cousin’ Jethro” Joyce, with all his home-spun Bjelke-Petersenesque corn silk, against Flannery?