The best newspaper pictures of the year

Judging has been completed in the newspaper section of the Pictures of the Year International competition run by the Donald W. Reynolds Journalism Institute in the Fred W. Smith Forum at the Missouri School of Journalism. While the winning pictures have been chosen, the names of the winning photographers in most of the sections are […]

Judging has been completed in the newspaper section of the Pictures of the Year International competition run by the Donald W. Reynolds Journalism Institute in the Fred W. Smith Forum at the Missouri School of Journalism. While the winning pictures have been chosen, the names of the winning photographers in most of the sections are still to come. POYi withholds the winner’s names and affiliations until after judging is complete so that the judges won’t be influenced in coming categories.

A Hmong rebel begs for help from the outside world with a child in his arms. On the run in the jungle for over 35 years after the American pull out in the region, they have been left to suffer on their own for having sided with the Americans during the Vietnam War.

“They are hunting us like animals. When they kill one of us the Lao communist government and troops are satisfied that they’ve killed one of America’s soldiers. Animals around the world are being protected so they can survive. Why aren’t we? We are human beings, why does the world tend a deaf ear and blind eye on us?” – Cha Her, veteran of the CIA’s secret war in Laos.

On the sidewalk in front of his house , 4-year-old Josue Hercules, a little, dimpled boy with a mighty man’s name, was playing with his older sister, Katherine. Down the street, 46-year-old James Landrum, who had a history of gang activity and criminal convictions, was arguing with a group of adults. He pulled a gun and opened fire. The kids ran at the sound, but one of the bullets hit Josue in the back of the head, skirted his skull and lodged near his right eye. His 7-year-old sister carried Josue to the house. Their mother, Wendoly Andrade, rushed Josue to the hospital because the ambulance took too long. On the way, Andrade put her finger in the bullet hole to keep Josue’s head intact. She watched his eyes roll back in his head, felt his body lose its warmth. What followed was a blur – an induced coma, blood transfusions, and surgery to remove the bullet. Josue survived.

Josue Hercules’ cousins visit the spot in Long Beach where Josue was shot.

Spanish matador Julio Aparicio is gored by a bull during a bullfight during the San Isidro Feria at the Las Ventas bullring in Madrid. Aparicio underwent surgery and is out of critical danger.

Winter Olympian Emma Lincoln-Smith training for the Skeleton. She hardly breathes while competing and to strengthen her lungs she walks underwater with a large rock to increase her lung capacity at Narrabeen Beach, Sydney.

Team Canada celebrate winning the gold medal following their 2-0 victory during the ice hockey women’s gold medal game between Canada and USA on day 14 of the Vancouver 2010 Winter Olympics at Canada Hockey Place on February 25, 2010 in Vancouver, Canada.

The small but lively and growing community of automotive enthusiasts in Mexico City consists of people who mostly have to work hard and full time to support their passion. but they are ready to devote any spare moment to their classic, fancy, custom tuned, muscle or otherwise exceptional cars. And they never miss any opportunity to gather together to appreciate and celebrate their precious vehicles, and to treat themselves to a (sometimes guilty) pleasure of driving. Streets, highways, parking lots, ramps, and even indoor spaces – any place can become a racing ground for a more or less spontaneous event.

Team China is watched by coach Zhang Xiaohuan as the team dives into the pool during official practice before the free routine final of the team synchronised swimming at Foshan Aquatics Centre during day eight of the 16th Asian Games Guangzhou 2010 on November 20, 2010 in Guangzhou, China.

Two US Army soldiers wounded in an IED blast console eachother as they are treated on board a medical evacuation helicopter from Charlie Company, Sixth Battalion, 101st Aviation Regiment near Kandahar, Afghanistan, on Sunday, June 13, 2010.

An anti-government protester ‘Red Shirt’ throws a tire toward a burned truck as the violence in central Bangkok continues on May 16, 2010 in Bangkok, Thailand. So far at least 154 have been injured and over 20 killed in the clashes as the military and the government launched an operation to disperse anti-government protesters who have closed parts of the city for two months. A state of emergency is in effect that spreads to 17 provinces in the country. The Thai army declared certain protest areas where clashes are taking place as a ‘Live Fire Zone.’

The 2010 Haiti earthquake was a catastrophic magnitude 7.0 Mw earthquake, with an epicentre near the town of Léogâne, approximately 25 km (16 miles) west of Port-au-Prince, Haiti’s capital. The earthquake occurred at 16:53 local time (21:53 UTC) on Tuesday, 12 January 2010.By 24 January, at least 52 aftershocks measuring 4.5 or greater had been recorded.An estimated three million people were affected by the quake;the Haitian government reported that an estimated 316,000 people had died, 300,000 had been injured and 1,000,000 made homeless. The death toll has also been suggested to be much lower at somewhere between 92000 and 220000, with around 1.5 million to 1.8 million homeless. The government of Haiti also estimated that 250,000 residences and 30,000 commercial buildings had collapsed or were severely damaged. The earthquake caused major damage in Port-au-Prince, Jacmel and other settlements in the region. Many notable landmark buildings were significantly damaged or destroyed, including the Presidential Palace, the National Assembly building, the Port-au-Prince Cathedral, and the main jail. Among those killed were Archbishop of Port-au-Prince Joseph Serge Miot, and opposition leader Micha Gaillard.The headquarters of the United Nations Stabilization Mission in Haiti (MINUSTAH), located in the capital, collapsed, killing many, including the Mission’s Chief, Hédi Annabi. Many countries responded to appeals for humanitarian aid, pledging funds and dispatching rescue and medical teams, engineers and support personnel. Communication systems, air, land, and sea transport facilities, hospitals, and electrical networks had been damaged by the earthquake, which hampered rescue and aid efforts; confusion over who was in charge, air traffic congestion, and problems with prioritisation of flights further complicated early relief work. Port-au-Prince’s morgues were quickly overwhelmed with many tens of thousands of bodies having to be buried in mass graves. As rescues tailed off, supplies, medical care and sanitation became priorities. Delays in aid distribution led to angry appeals from aid workers and survivors, and looting and sporadic violence were observed. On 22 January the United Nations noted that the emergency phase of the relief operation was drawing to a close, and on the following day the Haitian government officially called off the search for survivors.

In down town Port Au Prince, a young couple walks thru the ruins in the burning city center, while people loot the destroyed shops in the nearby main street. Due to the lack of relief aid, people took to the streets in order to provide for them selves and their families.

Chaos and desperation sparks looting in Haiti after the catastrophic January 12th 2010 earthquake.

In Los Angeles County, each day brings peril for the innocent victims living in the crossfire of gang violence. No matter where the bullet finds them, no matter their race or economic status, the trajectory of their lives changes forever. Survivors never recover completely from their bullet wounds and families never get over their loved ones being murdered. They are communities facing lifelong health problems and psychological trauma. For those left behind – mamed victims, husbands, mothers, best friends of the dead – the aftermath is an ongoing nightmare. They spend years struggling against pain that is not only physical but also emotional. When the senseless violence makes the news, it is usually explained as young men killing each other over drugs. Often forgotten are the real victims, whose stories are rarely told, yet which illustrate the genuine human toll of gang violence. Five-year-old Josue Hercules’ blood still stains the sidewalk where the stray bullet hit him. Rose Smith can’t find the strength to tell her children she’s never going to walk again. Shameka Harris wonders why the bullets couldn’t have hit her instead of her young daughter. The struggle bends lives in different ways. Some dip into long periods of depression, battling to keep their relationships, their jobs and their hope afloat. Some become activists and work to change laws. Some lack the means to leave their dangerous neighborhoods and are trapped in view of the crime scene. These victims share a special kind of peril – and in the most dangerous parts of Los Angeles, this passes for the norm.

“I realized I was shot when my leg started burning and I saw holes in my leg… I was just crying, hoping that the ambulance would hurry up and come.” Three bullets tore into 10-year-old Erica Miranda’s back, knee, and hip while playing basketball outside her home when a young man walked up to a crowded street corner in Compton and pulled out a handgun and started shooting. Los Angeles County sheriff’s investigators believe a 17-year-old relative of her stepfather was the intended target. Both males were shot three times and survived. Erica will not be paralyzed, doctors say. But there is significant nerve damage in her right leg.

One of the winning portfolio of 46 pictures

When Fabienne Jean was taken to the hospital she pleaded with doctors not to amputate. “I’m a dancer. My leg is my livelihood. Please, don’t take my leg.” Here, months later, she waits for lab techs to processes x-rays taken of her right leg at the General Hospital in Port Au Prince. Several foreign doctors offered to bring her to the United States for further treatment and rehabilitation but she refused and stayed in Haiti. 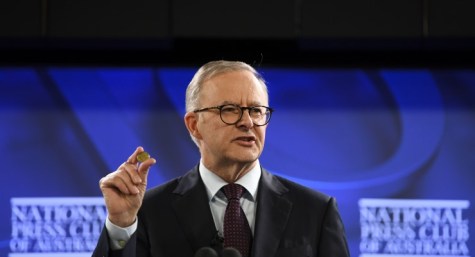 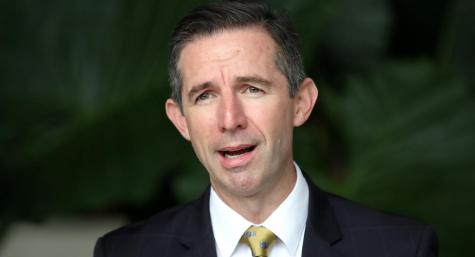