Once upon a time, not so very long ago, there was a marvellous Australian film called Lantana. It was directed by a marvellous director named Ray Lawrence and starred marvellous actors, like Rachel Blake and Vince Colosimo as I recall. But who knew it was based on a marvellous play by Andrew Bovell, called Speaking […]

Once upon a time, not so very long ago, there was a marvellous Australian film called Lantana. It was directed by a marvellous director named Ray Lawrence and starred marvellous actors, like Rachel Blake and Vince Colosimo as I recall. But who knew it was based on a marvellous play by Andrew Bovell, called Speaking In Tongues?

Two women go into a bar. No joke. Well, a nightclub. They wander in while we’re still wandering in. They epitomise the self-conscious denial of self-consciousness clamouring for cool of the nightclubbed. Two blokes happen by. Their conversations overlap: it’s oddly compelling and intriguing and, even more oddly, not at all annoying, as it’s handled so sublimely well: a tribute to both director (Sam Strong) and actors (Lucy Bell, Caroline Craig, Andy Rodoreda, Christopher Stollery). All the latter play more than one character and cross that difficult bridge comfortably, without encountering any trolls.

It’s always uplifting, energising and inspiring to see such standards of craft, but even more the case when the writing is so transcendent as to (almost) overshadow even these.

Dayna Morissey’s set strikes just the right note: there’s a certain coldness and detachment in its understated elegance, mimicking the bleak colours of the emotional states of the characters that inhabit it. Danny Pettingill’s lighting complements, while Steve Francis’ sound design and composition never intrudes or makes a nuisance of itself, but gently evokes and reinforces the moods of the work.

It’s fitting this play should enjoy such an auspicious revival at Kings Cross’ SBW Stables, having premiered there in Griffin’s 1996 season, winning the Australian Writers’ Guild award, the AWGIE, for best play.

The six degrees of separation, dissonances and consonances unfurl at a suspenseful and poetic pace: this is a play full of intersecting lines, very deliberately drawn, yet in ways that authentically mirror the unfoldment of real lives. Our intimates become strangers; strangers, intimates. Life is really fucked-up. And wonderful. At once.

Bovell’s mastery ensures that all of life is encompassed in the familiar, inescapable anxieties that are as regular and constant as breath. Where is my life going? Am I with the right person? Does it get any better? How long have I got? We feel the particularity of pain of each character’s yearnings, fears and embedded insecurities, as well as the generalised, universal vein through which flows a constancy of existential anxiety: fear of the unknown; what might or could happen; fear of loss and loneliness which, ironically, keeps us feeling, or barely repressing, both.

It’s possibly the best Australian play in a generation or two, a must-see, one with which we can step proudly into the theatrical world. In fact, we have: it’s gone global. And Strong’s production is bloody marvellous, in almost every respect (there are one or two issues with lines of sight, but even these are deviously addressed with unobtrusive mirrors).

Indeed, seeing such ‘Strength’ within the tiny confines raises a number of questions. One of them would be: why isn’t the Sydney Theatre Company, with all its resources, doing more of this kind of work? Australian work. With Australian actors. Of this calibre. Surely having Audi as a sponsor doesn’t compel, conmfine or condemn our premier state company to Schimmelpfennig.

The details: Speaking in Tongues is at the Griffin Theatre (SBW Stables) until March 19. Tickets on the venue website. 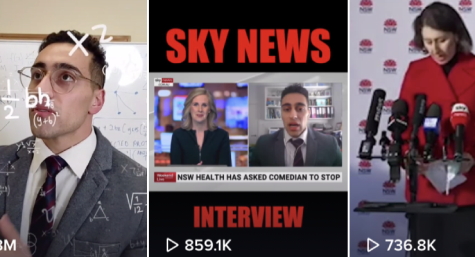 Finally, a bullshitter we can trust