World food prices surged to a new historic peak in January, for the seventh consecutive month, according to the updated FAO Food Price Index released overnight.

A cause of discontent. World food prices surged to a new historic peak in January, for the seventh consecutive month, according to the updated FAO Food Price Index released overnight.

The Index averaged 231 points in January and was up 3.4 percent from December 2010. This is the highest level (both in real and nominal terms) since FAO started measuring food prices in 1990. Prices of all monitored commodity groups registered strong gains in January, except for meat, which remained unchanged. 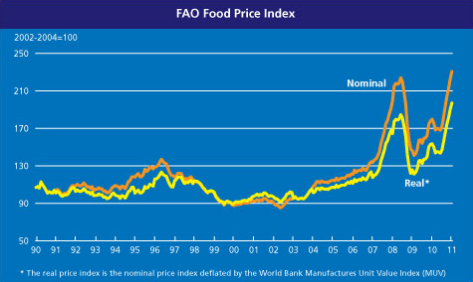 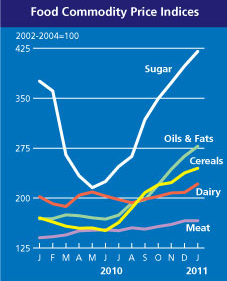 “I said to him in terms of our Australians who are yet to leave the country and yet to be delivered to the airport that we will need their support in order to accomplish that mission. I put him on notice on that question.”

P-rnography is the elephant in the pew. Superbowl Sunday or National p-rn Sunday? Take your pick.

More than 300 United States churches are expected to celebrate National P-rn Sunday this weekend with members will watching a video sermon featuring current and former NFL players talking about their struggles with p-rnography. Some of them might even go home and take the xxxchurch.com s-x addiction test rather than watch the game.

Marching in equality. It has only taken 650 years or so but this year there definitely will be women under the hoods. 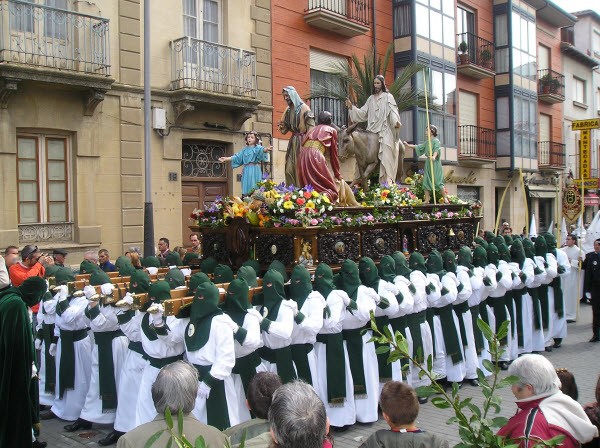 Archbishop Juan José Asenjo of Seville has ordered that women be allowed to take part in the Holy Week street parades organised by religious brotherhoods belonging to each of the city’s many churches.

His decree makes it clear that women not only can be among the “nazarenos” — the sombre ranks of hooded penitents parading with pointed hats and bearing huge candles tilted from the hip — but that for the first time ever they must also be allowed to participate in carrying the heavy thrones bearing images of the saints on a tour from their chapels across the city to the main cathedral and back.

New meaning for drinkers getting bombed. The Moscow Times brings the appalling news that at least a dozen places selling alcohol in the North Caucasus were attacked with grenades, bombs and gunfire over the last year as armed Islamists bent on installing sharia law have stepped up their battle against those who drink.

Last week saw the latest fatal attack in the town of Khasavyurt in Dagestan, near the border with Chechnya, where a bomb ripped through an alcohol-serving cafe, killing four. Islamist rebels later said in a statement that “the owners were repeatedly warned, but they were arrogant.”

“It is only a matter of time before places involved in the filth of alcohol … will meet their destruction,” they said on the insurgency-affiliated web site Jamaatshariat.com.

(My apologies for the roughness of the instant Google translation from the Russian but you get the message — this is no ordinary tame temperance union. You have been warned!)

Glencore, Xstrata and making a motza from emerging food panic