A new report from the Australia Council has big implications for Australian cultural policy, says Ben Eltham. Its conclusions imply a profound shake-up in the current status quo.

In a week where so much has happened in the world, it’s not surprising a report from the Australia Council has not made the news. But in the rarefied atmosphere of arts policy, the release of a report entitled Arts and creative industries will make waves — the document, if followed to its logical conclusions, implies a profound shake-up to the current status quo.

Authored by a team of QUT academics led by Professor Justin O’Connor, Arts and creative industries is a long, detailed and rigorous examination of the context, shape and setting of arts and cultural policy in Australia. It’s not quite the Henry Tax Review, but it’s certainly the most academically informed piece of research to be released by the Australia Council in a long time.

Beginning with a historical overview of 19th century culture and the genesis of “cultural policy” in postwar Britain, the report then examines each of the issues that has bedeviled the arts debate: the role of public subsidy, the growth of the industries that produce popular culture, the divide between high art and low art, and the emergence of the so-called “creative industries” in the 1990s. It’s as good a summary of the current state of play as you’re likely to find anywhere, including in the international academic literature.

O’Connor and his co-writers conclude that “the creative industries need not be — indeed should not be — counter posed to cultural policy; they are a development of it” and that economic objectives (in other words, industry policy) should be a legitimate aim of cultural policy.

Taken as a whole, the argument has big implications for the way Australia currently pursues the regulation and funding of culture. For instance, it argues that “the ‘free market’ simply does not describe the tendencies of monopoly, agglomeration, cartels, restrictive practices, exploitation and unfair competition which mark the cultural industries” and that this in turn justifies greater regulation of cultural industries like the media. That’s a conclusion that few in the Productivity Commission or Treasury — let alone Kerry Stokes or James Packer — are likely to agree with.

The report also argues the divide between the high arts and popular culture has now largely disappeared, and that therefore “it is increasingly difficult for arts agencies to concern themselves only with direct subsidy and only with the non-commercial”. This is an argument which directly challenges the entire basis of the Australia Council’s funding model, in which opera and orchestral music receives 98% of the council’s music funding pie. No wonder the Australia Council’s CEO, Kathy Keele, writes in the foreword: “This study proposes to challenge many of our current conceptions, definitions, and even policies.”

Intriguingly, the report stops short of any concrete policy recommendations. Perhaps this is because some existed, but were excised from the report. Or perhaps it’s because any recommendations that genuinely flowed from this report would imply the break-up or radical overhaul of the Australia Council itself.

As Marcus Westbury this week observed in The Age: “While the Australia Council isn’t backward in promoting research, reports and good news stories that validate the status quo, there is not much precedent for it challenging it.”

That’s because the real guardian of the current funding model is not the Australia Council, but the small coterie of large performing arts companies and high-status impresarios that are its greatest beneficiaries. It won’t be long before a coalition of high arts types, from Richard Tognetti to Richard Mills, start clamouring to defend their privilege.

We love getting crafty, but there’s no money in the kitty 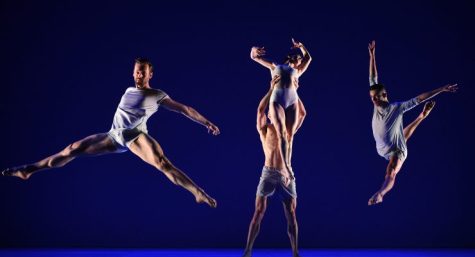 Thanx for this report. I agree that the big performing arts companies have too much influence over the allocation of public funding of the arts. Of course they derive their power from being able to mobilise their wealthy patrons, so I suggest that any attempt to change cultural arts policy be directed to the wealthy patrons. One might seek to persuade them that, for example, to maintain the vitality of excellent music one must go beyond the traditional classical repertoire and even that is best supported beyond the big symphonies.

The problem being that when Richard Mills says:

“Remove, say, a symphony orchestra from a city and you will kill concert life but also youth orchestras, school music programs, tertiary training and fine teaching for the general community – in effect, the capacity to enrich lives with real music.”

He’s right. Sadly the big orchestras and opera companies are now even less likely to be adventurous in their programming. Mills might have added to that list the host of smaller ensembles which do provide more adventurous programming whose members are largely drawn from orchestral players. But if you don’t allow there is a particular value in the skills and cultural contribution made by the high art musical tradition that wouldn’t be much of a point.

Funny how these discussions always seem to revolve around bashing classical musicians.

The problem that Simon Loveless points out is real, though perhaps a bit more complicated on both sides than ‘bashing classical musicians’ (in Simon’s phrase) or ‘defending their privilege’ (in Ben’s).
People employed as professional musicians in Australian orchestras and opera companies , without exception, undergone an large amount of rigorous training, which training was, in itself, no guarantee of employment. The arguments mounted by Ben (and Marcus Westbury, to whose position he cleaves closely) tend to brush over that, with Westbury equating orchestras with ‘cover bands’. (http://www.smh.com.au/articles/2007/10/17/1192300857463.html?page=fullpage)
The question of whether the public should fund bodies that create professional pathways in Australia for those who undergo such high-level training – as with the training of dancers, or for that matter, any elite sportsperson – should be asked, continually, and penetratingly. Such questioning should, as Marcus points out elsewhere, take into account that most Australians’ experience and enjoyment of culture is more firmly rooted in participation than the admiration of a distant elite.
I do suggest, however, that rather than ignoring the fact – and it is a fact – that it requires more dedication and, yes, talent, to play Mozart (let alone the works that form the ACO’s main repertoire) than it does to play ‘April Sun in Cuba’, we should ask how these skills can better flow into – and have their choices informed by – the wider, more ‘participatory’ culture championed by Ben and Marcus (and not simply in print – they’ve both organised independent arts festivals).
At those same festivals, I’ve observed that Australians respond strongly and positively to talent that’s been painstakingly trained into virtuosity: the feeling that ‘I didn’t know that was possible’ *can* actually complement the very different artistic excitement of ‘anyone can do it’.
Simon Rattle’s experiences in pushing the Berlin Philharmonic into engagement with the wider community point one demonstrable way forward. Rather than calling for the heads of the classics scholars, perhaps Ben could prove himself an enlightened Red Guard cadre, and suggest how they might serve the culture of the people, in ways that he (and I) cannot.

Bashing big orchestras and opera companies is a small-minded approach of those who have no real understanding of the significance of classical music and opera to the world. WHere would the entertainment industry be without the performances of big orchestras? Goerge Lucas’ “Star Wars” would still be attempting to leave the realm of of the Sci fi fanatics book club, James Cameron’s “Avatar” would have simply lacked the magnificence that has seen so many flock to it around the world and the motion picture industry would simply die through lack of availability of competent classically trained musicians.

As for the opera companies, imagine the last James Bond film without the opera “Tosca” overlying the themes of deceipt and betrayal by those in unopposed power. For the classical music and opera bashers, that was the underlying themes of Daniel Craig’s “James Bond” in the most recent movie. It is all too easy for those who are not “in the know” on such matters to vomit forth their ignorance and use unsubstantiated criticism to silence those who are knowledgible in these areas and who constantly fight to save the Australian arts industry from small-minded Gen Y’s who thing that vulger obscenity-spewing rap artists articulate the real meaning of art in the modern world.

Orchestras and classical music have been used to sell everything from televisions to soaps in this country, to support aging rock stars and withering country music performers who can only pull a crowd when they appear with a well know classical group such as MSO and QSO. If not for opera, most of the modern cinematic successes would be performed without credible story lines.

So, lets destroy the real classical arts in this country and then watch as pimple-faced teenagers are employed to strum guitars and beat drums to accompany the visual images while “classical” music is viewed as aging cocaine-selling gangster rap artists advocate the use of drugs and “bashing you bitch” and killing cops as a solution to society’s problems. Without real art, this country will die a rapid and rather monotone death. How fitting for those who knock the arts industries.