At Croakey last November, Leonie Young, CEO of the national depression initiative, beyondblue, outlined plans to introduce a new model for mental health care into Australia. She said it was drawn from experience with the UK’s  Improved Access to Psychological Therapies (IAPT), which mainly offers cognitive behaviour therapy, and people who are identified as needing […]

She said it was drawn from experience with the UK’s  Improved Access to Psychological Therapies (IAPT), which mainly offers cognitive behaviour therapy, and people who are identified as needing other treatments are referred to mental health professionals for high intensity treatments.

She said the program had shown impressive results, with half of those completing it recovering from depression or anxiety, and the remaining recovering within 10 months. It had allowed about four times as many people to be seen as those who would be seen by traditional face-to-face therapy with similar time and funding.

However, David Pilgrim, Professor of Mental Health Policy at the University of Central Lancashire,  offers an alternative view below. He advises us to be wary of “Poms bearing gifts”.

In late November 2010, beyondblue organised a national consultation in Melbourne about promoting the widespread use of psychological therapies.

This was kick started by presentations summarising progress to date in England of the Improving Access to Psychological Therapies scheme (IAPT). This has just presented findings of a pilot trial in Doncaster (a post-industrial, largely white, town in the North of England) and Newham (a racially mixed area of London).

By chance I was on an academic visit to Melbourne at the time and so took the opportunity to attend the event. Knowing a lot about the English mental health policy scene and a little about the Australian one, here I offer some reflections about lessons for both countries to date.

In developed countries, most government spending on mental health services is directed at controlling risky behaviour in those of working and child rearing age. The very young and the very old lose out by health economic criteria. However, even within that middle adult age band, most (i.e. 95%+) mental health problems are not dealt with by specialist services but are treated in primary care, overwhelmingly with antidepressants.

The IAPT initiative represents a concerted opportunity to respond to these ‘common mental health problems’ by providing a psychological rather than a chemical response to misery.

The argument might simply stop there. After all, who is opposed to helping our fellow citizens who are distressed?

Moreover, if there is an evidence base that a way of responding is cost-effective, then do we have a political not just moral obligation in this regard?

Indeed, IAPT has been about implementing forms of treatment (cognitive behaviour therapy or CBT) which are already of demonstrated efficacy, according to randomised controlled trials. This rationale was at the centre of the group of economists, service managers, psychiatrists and clinical psychologists who drove this initiative in England (the ‘Depression Report’).

Here then is some of what Australia can anticipate, given the various critical reactions in England to IAPT.

Western cultures assume that misery is a medical condition and that it should be rectified. Both of these points are challengeable.

Unhappiness is part of oppressed lives, arising from amongst other things: status envy in unequal societies; poor or insecure employment; degraded neighbourhoods; racism; abusive childhoods; bereavement; work place bullying; warfare; and domestic violence. These all predictably make a good number of us unhappy – that is why ‘common mental disorders’ are ‘common’- there is a lot of it about.

Why are these obvious sources of suffering suddenly individual illnesses? Does this medicalisation of misery divert us from social policies to deal with those ‘upstream’ causal factors? By the logic of medicalisation, maybe we should all have CBT (the equivalent of putting Prozac in the drinking water) but could we then miss many political insights about the society we share?

Also, in many Eastern cultures, suffering is simply expected as part of life, and to avoid dealing with its existential realities is an act of bad faith (by turning it into pathology and by making ordinary sufferers, connected in their common humanity, into patients).

In both the UK and Australia, our ethnic mix demands that these cross-cultural differences are respected. If we are now to have a system when the supply side of mental health services offers only one approach (variants of CBT), then what is to be done with the diversity of expectations on the demand side?

The implementation process has also been an opportunity for other insights. For example, why is it that if psychological therapies have an evidence base, they are simply not implemented immediately?

After all antidepressants are not trialled in services in ‘demonstration sites’ before being licensed for general medical use. This shows that drug company pressure shapes political decisions and that a psychological approach (of any sort) has less political leverage with policy makers.

The bid from beyondblue is confirming the same point as the English experience – even though evidence is there already, policy makers want ‘demonstration’ sites. This might be an opportunity as well though to apply this logic equally – in future maybe new drugs (and given their toxic history and poor efficacy, old ones) should also be demonstrated in actual services to work.

Practice based evidence, not just evidence based practice, is a good principle but logically it should be applied across the board.

• A full reference list is available from the author if required. If you would like a copy, please leave a note below. 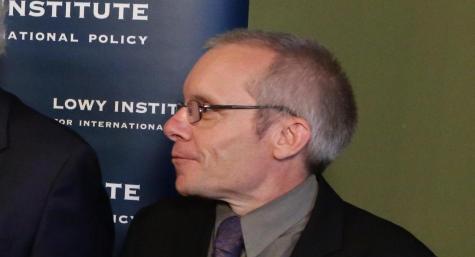