Boobs, babushkas and the Black Sea

"I just want something more... Ukrainian," my friend Hilary whined. I, rather unkindly, wondered what the hell she was talking about. We were in the Ukraine, after all. How much more Ukrainian does it get? Jay Martin goes on the hunt for an authentic Ukrainian meal.

“I just want something more… Ukrainian,” my friend Hilary whined. I, rather unkindly, wondered what the hell she was talking about. We were in the Ukraine, after all. How much more Ukrainian does it get?

In my defence, I’ll add that it was nine at night, and we were hot, tired and hungry — in no particular order. We’d been roaming the streets of Odessa looking for something to eat for a while, with no luck. There weren’t any restaurants, and all the supermarkets were closed. So when we finally happened on a small shop with some bread and cheese, Florence and I were ecstatic.

But not Hilary, who made her inexplicable comment and wandered off, presumably looking for ‘something more Ukrainian’. I just sighed and stood by Florence on the hot, dark pavement, hoping Hilary would give up soon.

Hilary’s my friend from Warsaw, and I was trying not to get too annoyed at her because, after all, it was her idea to head to Odessa, in neighbouring Ukraine, for a bit of sea-side adventure. I’m always up for a road trip and in the grip of an European heatwave, any coast was calling. But Odessa, beachside playground of the region’s rich and famous for a century and hidden behind the Iron Curtain of the USSR for half of that, seemed a particularly exotic destination.

I knew little about Ukraine, other than that its moments on the world’s stage haven’t really been ones most countries would want to emulate. The worst nuclear disaster of all time, in a little place in the north of the country called Chernobyl. A famine in the 1930s that saw millions starve to death, deliberately engineered by the country’s government under Stalin’s leadership.

Two days travelling overland from Warsaw, over Ukraine’s vast expanses of prime agricultural land, brought the real criminality of this home. Yet the leaders of that same regime probably headed over these same fields to this same coast just like we did; in search of a bit of seaside adventure. Throughout its Soviet days, this Black Sea port was the summer getaway of choice for the regime’s elite and workers alike.

Nowadays, Odessa’s fussily ornate architecture could best be described as crumbling former grandeur, serving as a reminder of a lavishly decadent and extravagent heyday. But this isn’t a city that’s looking back. For every Soviet Lada Niva on the streets there are two brand new, black BMWs. On its streets pious old ladies with headscarves mingle with the young, rich and beautiful on the lookout for a good time. It’s a town that seems to sally forth, slightly over made-up, whispering huskily, “looking for me, boys?” Yes, this pearl of the Black Sea is clearly past its prime. But you just gotta love the confidence that goes with that.

But it’s the famous shoreline we’d come to visit, and we headed there with two fellow travellers we’d picked up that morning at our hostel — a French girl called Florence, and 25-year-old Kiwi Ben.

Its population seemed like a good cross-section of the city. A pair of slim pre-teen girls who, perhaps having forgotten their bikinis, emerged from the sea in just tight black jeans and crimson bras. They lay by us drying out on the sand, their eyes closed, toying with each other’s long, sandy hair. Beside them, groups of fat Ukrainian grandmas with leopard skin bathers and hunks of dead skin peeling off their medium-rare shoulders played cards.

I guess we were somewhere in between, yet we didn’t fit in for two reasons. Firstly, we were the only ones sitting in the shade rather than baking in the full sun. Secondly, in our bikinis, we were hopelessly overdressed. Although the sunsmart message had made some progress here: one topless woman had placed two small shells over her most easily burned assets. Ben, it’s fair to say, was rather taken with Odessa.

We took it in turns going for dips in the warm, soupy waters of the Black Sea, dodging swarms of tiny translucent jellyfish (I screamed while Ben picked them up, indicating the difference between people who come from a place with no natural predators and one where everything can kill you). After a while Ben announced — apropos of nothing — that he had a date with a go-go dancer and had to go, leaving the three of us.

It was the same three of us who, come nine that night, were walking along a street looking for ‘something Ukrainian’. Or rather Hilary was looking, while Florence and I stood on the pavement being slightly annoyed.

Until she bounced back. “I found it,” she announced, leading us around the corner to a night market.

Trucks were pulling up, laden with tomatoes, onions and capsicums. Freshly caught fish and prawns wriggled in plastic containers. Old Lada trucks hooted at us as they squidged by in narrow little alleys. The kind of place restaurant owners come, not tourists. We weaved back and forward, seeing what was on offer.

Florence found an Uzbek bread seller and we bargained over a few loaves of flat bread. Hilary got some cooked chicken from a lady a little further along. I found some huge, ripe tomatoes. I held one up, asking how much it cost. But despite a few tries, I couldn’t get the answer. I gave up, put the tomato down and walked away. She raced up to me, shook her head, and shoved it into my hand, exasperated.

Finally, I got it. She was selling them by the 10 kilo bag. She was giving me that one for free.

The three of us walked back to our hostel, along streets lined with the crumbling beachside getaways of former Soviet leaders, past Babushkas in headscarves heading home and scantily-clad girls heading for the local night spots, our scavenged dinner in hand, wandering how Ben’s date with the go-go dancer had gone.

How much more Ukrainian does it get?

Jay Martin is a travel writer and editor from Canberra who has somehow ended up in Warsaw, Poland. You can find more of her writings here or check out her past Expat Opinions columns here. 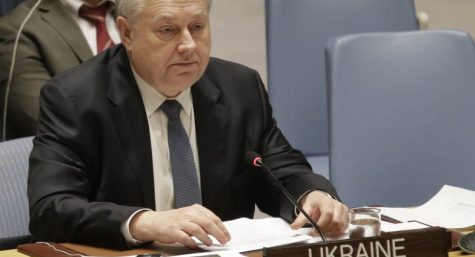 Why Russia is increasing its stakes in eastern Ukraine war 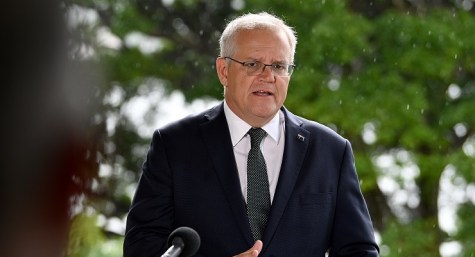