Countdown to terror … Nine on Ten …

Scared by cyclone Yasi? Australia's news websites provided good reason to be by 3:30pm AEST yesterday afternoon. Plus, the first look at News Corp’s The Daily and other media news from around the globe. 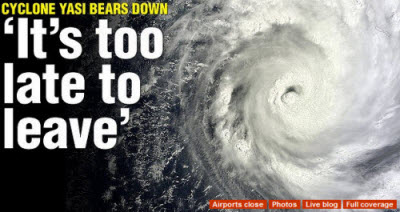 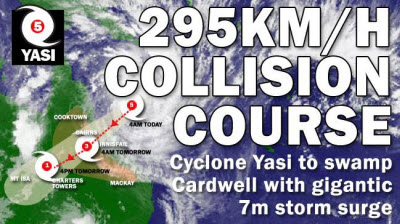 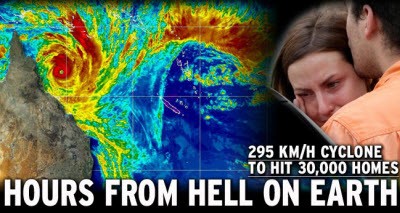 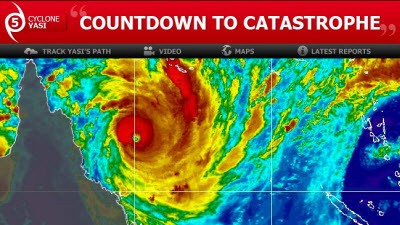 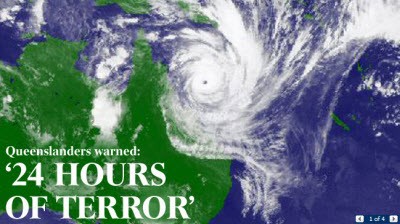 Watching Nine, on Ten. Channel 10 viewers in Adelaide were in the Hot Seat last night with a picture-in-picture experience — as presenter Jane Reilly delivered the weather viewers could watch what was happening on rival Channel Nine in the background. The answer was apparently Shia LaBeouf… 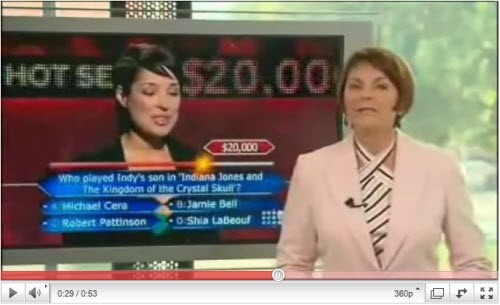 Now that’s a front page. Australian tabloids have a lot to learn when compared to heavyweights the New York Post. Today’s front page on New York governor Andrew Cuomo’s spending cuts is a thing of beauty… 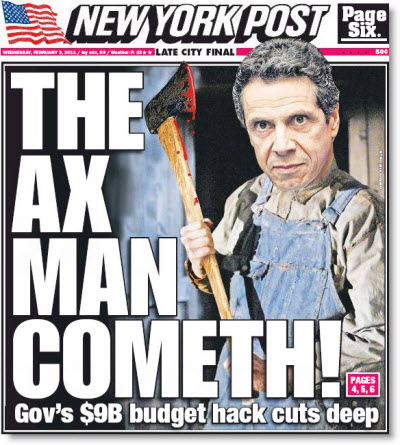 The first look at News Corp’s The Daily

“Rupert Murdoch on Wednesday unveiled The Daily, a news app that he hoped would put his News Corporation front and center in the digital newsstand of the near future.” — The New York Times

“While the NY Times is taking user engagement cues from the Huffington Post, it is taking a page from the Financial Times when it comes to business models. And has its decision to collaborate with WikiLeaks degraded the definition of, and standards for, journalism organizations? ” — Mediashift

aaah, but you missed the Today Tonight clock counting down the seconds/minutes/hours until Yasi was due to hit ! The best part: the countdown went for only the 30 minutes between 6.30 and 7.00 pm on Channel 7, and not up until the event across every show!

So in limiting the extreme bad taste event to a 30 minute time slot 4 to 4.5 hours before the impending doom of the North Queenslanders (none of whom would have been watching at that stage): TT managed to create an “impact” about the size of a ripple in a mill pond, and imply that anyone watching their program has no concept of either time or basic addition/subtraction.

My prediction for tonight’s show: the forecast extortionate cost of banana smoothies in Melbourne & Sydney for the next 3 months

You should have heard the commentary on MMM. It was like listening to someone call a monster truck rally. The ‘Spoonman’ was in Cairns lamenting the fact that he wasn’t closer to the action, yet they continued to cross to him. To give you an idea of the IQ of the listeners one lady phoned in to ask if Melbourne was going to be affected by Yasi!