Last week Fairfax columnist Paul Sheehan took up the cause of Middle Eastern Christians and their persecution by a portion of the Muslim majority and in doing so, fed the idea that Islam is a monolithic entity that’s fundamentally incompatible with western values.

In a piece entitled “As the left sides with Muslims, Christians search for support” Sheehan began by referencing a rally held in Martin Place a fortnight ago, recalling a, “medieval…forest of crucifixes sprouted among a sea of earnest faces that would look comfortable on ancient coins.” The rally, “drawn from a broader Middle Eastern Christian Diaspora,” was protesting the current wave of terrorist attacks targeting Christians in the Middle East.

Referring to Labor as, “the party of appeasement of Muslim belligerence,” Sheehan chastises the PM for not preparing a statement, and calls the absence of a Greens representative “predictable.”

Accusing both the Gillard government and the Greens of siding “with Muslims” against Christians, Sheehan  concludes, “support for Labor is showing signs of disintegrating among Australians who take discrimination against Christians seriously.”

This is what’s wrong with the current debate about Islam. Namely the suggestion that, lacking the nuances of Christianity, Islam is a monolithic entity that is fundamentally incompatible with western values.

Whilst making much of the recent attacks against Egypt’s Copts, Sheehan fails to mention that after the New Year’s Day attack in Alexandria which killed 23 people; thousands of Muslims marched with their Christian compatriots against the radical threat.

Many even formed human shields outside churches to allow worshipers to celebrate the Coptic Christmas without the fear of attack.

Sheehan is correct in denouncing violence against Christians. But his failure to acknowledge the support that some Muslims are providing the Middle East’s beleaguered Christians is dishonest.

The accusation that all Muslims are anti-Western and anti-Christian is as offensive as it untrue, and as this view very often emanates from the right of politics many of those on the left seek to counteract the claims by shouting them down. However, by doing so they are also unwittingly contributing to the problem.

There is no doubt that much of the attacks on modern Islam are simple bigotry. However, by dismissing all criticism as such, many leftists are actually engaging in what they purport to be against: dogmatism that doesn’t tolerate an opposing point of view.

The furore over Park 51, the so-called “Ground Zero Mosque,” is one example. With many denouncing it as an Islamist monument to victory on “conquered lands,” the squabbling between left and right became so loud, it drowned out the voices of Muslims themselves.

What could, and should, have been a legitimate debate about freedom of religion and cultural sensitivity, descended into a political melee, prompting Abdul Rahman Al-Rashid, general manager of Al-Arabiya Television to complain, “(T)he mosque is not an issue for Muslims, and they have not heard of it until the shouting became loud between the supporters and the objectors, which is mostly an argument between non-Muslim US citizens!”

By reflexively denouncing everything from opposition to Park 51 to questioning the place of the burqa in modern society, western leftists are also treating Islam as a monolith and denying Muslims the opportunity to debate these issues themselves.

But when Sheehan simplifies a complex problem by saying, “the left sides with Muslims,” he simultaneously demonises all Muslims and undermines efforts by liberal Muslims to counter the extremism that threatens to engulf them.

His comments also diminish the efforts of those Tunisians who have forced a dictator from his lofty perch. Their revolution has ignited dissent in neighbouring Algeria, Yemen and Egypt, also struggling under authoritarian regimes.

These are not Islamist uprisings, in fact, these dictators held onto power largely by pointing to the radicals waiting in the wings. Like Iran’s failed Green Revolution they are protests by Muslims who don’t seek to replace a secular dictatorship with a religious one, but who crave freedom. Since when has freedom being incompatible with western values?

Those who denounce Islamic ideology as ‘medieval’ would do well to note that the golden age of Islam was actually in the Middle Ages, when art and literature flourished. Muslim women, not yet driven behind the veil, enjoyed rights that were unseen in the west until the 20th century.

While Muslims were excelling in science and mathematics, the Catholic Church was torturing heretics and burning ‘witches’ at the stake.

Fundamentalist Islam is a modern construct, a reaction to secularism and western hegemony. The way to counteract its growing influence is not by decrying Islam itself as evil, but nor is it by dismissing all criticism of it as racist.

It is time for secular and other liberal Muslims in this country to be a given a louder voice, for in the polarising Us v Them framework that Sheehan champions, they are the biggest casualty. Conservative Muslims far outnumber seculars and liberals, and the gulf between them- both in numbers and ideological position -is growing.

But as long as some western voices continue to assume Muslims are homogenous, and other western voices respond by defending fundamentalism at the expense of dissent, then the voices of progressive Muslims who seek to alter their negative image in the west, as well fight the growing radicalisation in their midst are marginalised into irrelevancy. 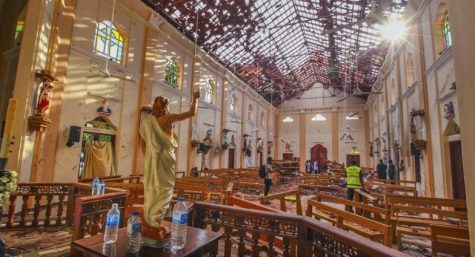 Radical Islam At War With America

It is hard to be inclusive when

a) you have black hooded ghosts terrifying children in shopping centres.
b) you view the world through a letter box slit
c) you don’t respect your women
d) you don’t respect all women
e) all non muslim women are referred to as “cat meat”

Well put Ruby.
Which is more than can be said of Crikey’s latest and lamest troll.
(It’s almost as though Sheehan has grown wheels and a sprouted a loud hailer from the cabin roof. But then perhaps it’s the heat making my imagination run wild.)

Post script to my previous comment –
f) How can you have “Secular Muslim” – what the? do they not pray 5 times per day or hide their beliefs? In the words of a famous Aussie red head “please explain” ?

I certainly agree that we need to move the debate away from these ‘us v them’, ‘Christians v Islam’, ‘L v R’ simplifications.

If we have to take sides, we should consistently take the side of tolerance v repression, and support people of all fiaths to go down this path.

Lorry, does your mummy know you’re using the computer.