More US government cables from WikiLeaks haven't revealed anything new about Mubarak's Egypt regime. But they confirm the suspicions of rioting locals.

Last week, as political upheaval raged on the streets of Cairo, Alexandria and Suez, WikiLeaks announced via Twitter it was going to release a trove of new cables from Egypt. Over the weekend, it subsequently released more than 50 secret government cables, describing the delicate relationship between the US and Egypt, while painting a graphic picture of oppressive controls employed under President Hosni Mubarak’s regime.

Dr Ben MacQueen, an lecturer on Middle Eastern politics at Monash University, says that, while the reams of US government cables may not have revealed anything new about the Mubarak regime, they do confirm some of the concerns held by people in Egypt.

“There’s nothing really ground-breaking in the cables, but they do reaffirm a lot of the criticism of the regime,” MacQueen told Crikey.

As well as detailing the close relationship between the US government and Egypt, the cables offer a frank assessment of Mubarak’s endurance: “During his 28 year tenure, he survived at least three assassination attempts, maintained peace with Israel, weathered two wars in Iraq and post-2003 regional instability, intermittent economic downturns, and a manageable but chronic internal terrorist threat.”

Macqueen says while the cables show Mubarak plays “dirty pool”, they also show he is a “pragmatist and really savvy” leader.

“He’s an autocrat and a brutal ruler but he’s not an irrational ruler,” said MacQueen. “In a way these cables play to the Obama response; they’re staying one step away from the protestors on the ground. They’re not going to badge this as a US sponsored uprising.

“They’re thinking we’ll ‘keep our distance and let it run its course’, I think that’s the smartest tactic they can employ. The WikiLeaks cables may help to reinforce that approach.” Police brutality is a recurring theme in the release. One cable reveals that new Vice President General Omar Suleiman played a key role in the US government’s illegal prisoner rendition program.

Another dispatch says that “torture and police brutality in Egypt are endemic and widespread”, while another shares the concerns of human rights lawyers who say police brutality is a “pervasive, daily occurrence” in Egypt.

“The cables add a new element to something like Omar Suleiman rising to vice president, because they show he was involved so heavily in rendition of prisoners,” MacQueen told Crikey. “But people on the ground in Egypt knew that anyway. It was an accepted part of life.”

Up until the last few weeks, many of the 3000-odd cables published by WikiLeaks appear to have been released indiscriminately. With political instability growing throughout the Middle East, the latest release, strategically timed to impact on the demonstrations in Egypt, may signal a change in tactics from WikiLeaks. 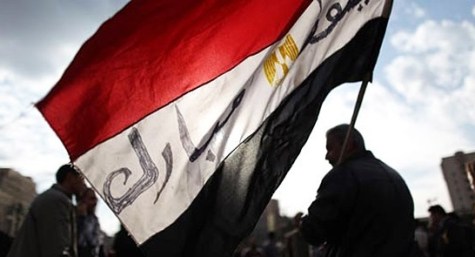