The Victorian Liberals clearly remain the richest political division in the country. No one else can claim to own $50 million worth of shares.

The annual deluge of political donations data was dropped by the AEC at 9am today and as usual it contains a stack of interesting revelations that requires many hours of sifting.

Readers are encouraged to go searching but here is an around-the-grounds summary of some of the action:

Federal Labor: debts are still an uncomfortable $9 million but $7.75 million came through the door. This included big donations from government-dependent business such as $150,000 from Westfield, $100,000 from each of ANZ and NAB, $100,000 from Maurice Blackburn , $70,000 from Macquarie Telecom and even $60,000 from the Maribyrnong FEA as Bill Shorten showed off his rain making abilities to the national executive. The AWU national office also kicked in $200,000, showing why youthful national secretary Paul Howes felt he could go on Lateline and declare Kevin Rudd’s time was over before many of his parliamentary colleagues knew what was going on. Shorten is also close to the Pratt family and got young Anthony through the door for a $50,000 donation, whilst others of note included Macquarie Bank with $50,000, Leighton with $40,000 and Coles owner Wesfarmers with $20,000.

Federal Liberal: only three pages of data compared with more than 20 from Labor which voluntarily opted for the lower $1000 disclosure threshold that was blocked by the Coalition in the Senate. But the Federal Libs still collected plenty of big contributions including $500,000 from Clive Palmer and $500,000 from its WA branch, no doubt reflecting more resources industry support. As the ASX defended its monopoly in 2009-10, $50,000 was gifted to the Liberals. There may be plenty more of that if the Coalition supports the controversial Singapore Government takeover proposal. The $100,000 club included ANZ, NAB and billionaire Sydney property developer Lang Walker. Ed Bateman stumped up $200,000 personally after Federal Labor put his Primary Healthcare business under pressure with less government largesse. Australia’s richest lawyer, Allan Myers QC, was good for $50,000, which is interesting given it was the Victorian Labor government which appointed him chairman of the National Gallery of Victoria. Rupert Murdoch’s brother-in-law Geoff Handbury contributed $50,000 and other notables were Sir Ron Brierley with $50,000, Leighton and Optus with $20,000 and two more coal miners – Felix Resources and New Hope – which each stumped up $50,000.

WA Liberals: had a very good year courtesy of the mining tax with $5.4 million coming through the door and only $2.8 million going out. Rio Tinto and BHP saved their spending for the Minerals Council of Australia advertising campaigns but the juniors were more than happy to align with the Liberals. Straits Resources, a Perth-based copper and gold player which lost $70 million last year and is capitalised at about $700 million, handed over $400,000. Another $400,000 came from Perth-based nickel company Western Areas which had a win when Julia Gillard only applied her revised MRRT to coal and iron ore. Clive Palmer was only good for $100,000 to the WA Libs, whilst other contributors included Savannah Nickel and Lanfranchi Nickel which both did $125,000. Real estate and hotel operator Furama continued its long-standing support for the WA Liberals with another $250,000.

ACT Labor: continues to rake in the profits from its four pokies venues run through the Canberra Labor Club which contributed $662,000 or almost 70% of total income for the year.

SA Labor: dug deep to get Mike Rann a third term with total income of $4.29 million against total spending of $4.76 million. The SA Progressive Business group, a model of cash for access functions with rent seekers imported from Victoria, was the biggest donor with a hefty $850,000. South Australian Senator Don Farrell’s “faceless man” power base clearly comes from continuing SDA contributions which topped $200,000 in 2009-10. The SA ALP owns the Colac Hotel in Port Adelaide courtesy of a shrewd purchase by the late Mick Young. The pokies and regular four hour strip show are clearly quite profitable as it contributed a donation of $92,700.

Tasmanian Liberals: Will Hodgman ran a good campaign but fell short in the end. Raised and spent about $1.8 million with the biggest donor being Clive Palmer’s $100,000. Federal Hotels came in second with $30,000 but didn’t get much of a return on its investment given the Liberals went to the poll proposing a $1 maximum bet on the pokies, something which hasn’t been tried anywhere on the mainland by the major parties.

Victorian Liberals: took the disclosure low road with two pages of contributions revealed, although it totalled a very healthy $7.7 million. There was a $72,000 “other receipt” from Clive Palmer but the standout was a $1.97 million contribution from the Cormack Foundation. As was revealed in this Crikey story last year, the Victorian Liberals had turned the $14 million sale of 3XY in 1988 into a $58 million share portfolio, including about $28 million worth of shares in the Big Four banks.

However, Cormack’s 2009-10 return reveals it sold $2.46 million worth of CBA, NAB and Alumina shares on August 6, 2009 when the GFC pain was still suppressing share prices. It also sold $955,000 worth of Brambles shares in February 2010 and $586,000 worth of QBE shares in June 2010, suggesting a big contribution was made for Ted Baillieu’s successful campaign and Tony Abbott’s pitch at The Lodge.

The rest of the portfolio appears to remain in tact so the Victorian Liberals clearly remain the richest political division in the country. No one else can claim to own $50 million worth of shares. In other Victorian Liberal developments, James Packer took out some political insurance last year as his Crown Casino gave the Liberals $25,000 and is now requesting taxpayer contributions to help fund campaigns to bring high roller tourists to Australia.

Victorian ALP: got the same $25,000 from Crown and collected $50,000 from adman Harold Mitchell. Apart from big union contributions, the most notable items were the $424,712 from levies on state MPs and the $219,000 from Labor’s Victorian MPs in the Federal Parliament. That’s a $644,000 slug in one year on MP salaries. Ouch. The cash for access money trail has weakened somewhat in Victoria as Progressive Business only managed to produce $680,000 compared to seven-figure efforts in previous years.

Queensland ALP: took the governance high road by voluntarily disclosing everything above $1,000. Investment fund Labor Holdings contributed $1.56 million but despite total receipts of $15.2 million, has failed to substantially reduce its leverage with the Commonwealth Bank still owed $12.7 million as at June 30 last year. The surprise disclosure in Queensland was that even Felix Resources coughed up $50,000 but that was probably before the mining tax proposal was unveiled on May 2 last year. 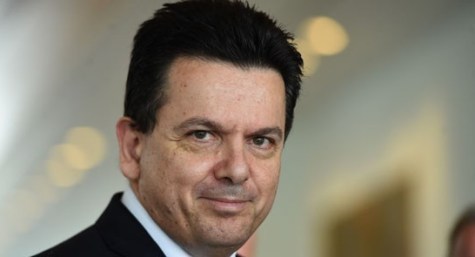