Cutting spending on proposals to aid development of alternative energy and limit green house gas emissions is something the Greens just cannot accept.

Greens can not cop it. Forget about the economic logic. Cutting spending on proposals to aid development of alternative energy and limit green house gas emissions is something the Greens just cannot accept.

To vote in favour of these planned Labor budget savings would mean abandoning all their party’s principles. So why has Julia Gillard done it? The Prime Minister has no political sense at all. With a lack of skill of this kind Australia will be back at the polls in no time at all.

Weakening their own case. From the moment Julia Gillard said her government would find extra savings if spending on flood restoration work was greater than expected, Labor had lost the debate on its new flood tax. If it can be done in the future, why not now? 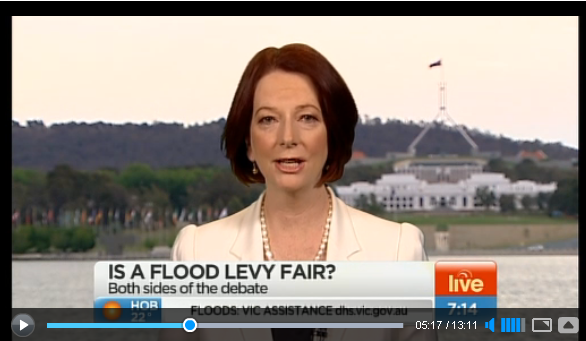 The effort on Sunrise this morning where the contingency reserve was the major subject of discussions was not Ms Gillard’s finest moment either.

Do speeches matter? The US President’s annual State of the Union message gets a big coverage at home and abroad but does it really have much of an impact on politics? Well, normally not much if the pollster Gallup can be believed.

“Since 1978, Gallup has measured only four instances when a president’s approval rating increased by at least four percentage points after a State of the Union address, with Bill Clinton the president in three of these instances and George W. Bush in the other.” 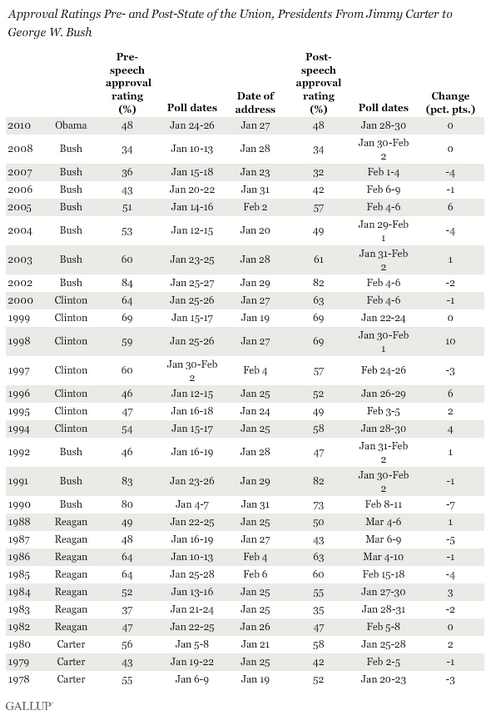 “To me, twenty per cent seems conservative,” was the answer.

So as you cheer for the Packers or Pittsburgh, spare a thought for chronic traumatic encephalopathy, or C.T.E. — the name for a condition that is believed to result from major collisions — or from the accumulation of subconcussions that are nowhere near as noticeable, including those incurred in practice.

There is a report that should frighten fans of all contact sports in the current issue of The New Yorker about C.T.E., a condition that was first diagnosed, in 2002, in the brain of the Pittsburgh Steelers Hall of Fame center Mike Webster, who died of a heart yattack after living out of his truck for a time.

It was next diagnosed in one of Webster’s old teammates on the Steelers’ offensive line, Terry Long, who killed himself by drinking antifreeze. Long overlapped, at the end of his career, with Justin Strzelczyk, who was also found to have C.T.E. after he crashed, fatally, into a tanker truck, while driving the wrong way down the New York Thruway.