As Perth journos continue to snooze over the dregs of the silly season, News Limited has restarted its assault on the city's "gentleman's agreement" that neatly divides its daily newspaper market between Kerry Stokes and Rupert Murdoch. 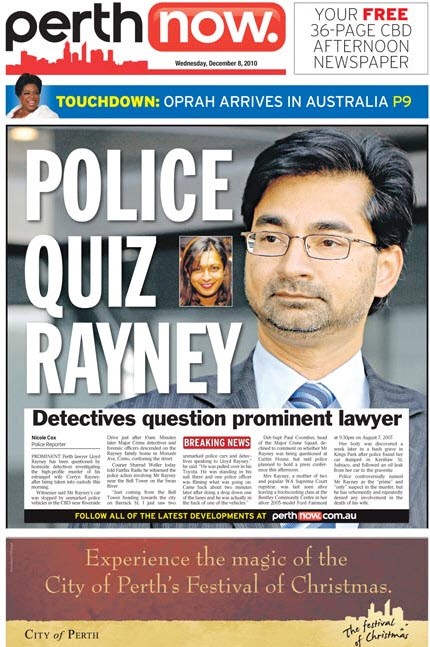 As Perth journos continue to snooze over the dregs of the silly season, News Limited has restarted its assault on the city’s “gentleman’s agreement” that neatly divides its daily newspaper market between Kerry Stokes and Rupert Murdoch.

Crikey understands that News is preparing to launch a fresh offensive across the Nullarbor, with senior Holt Street executives meeting with Sandgroper colleagues over the break to get their ducks in a row for the year ahead.

Under the informal arrangement, that would seem illegal under Australia’s strict collusion statutes, Stokes’ West runs only Monday to Saturday, while The Sunday Times picks up the circulation and advertising spoils on Sunday.

But the detente was shattered last year after Stokes’ incursion on News’ territory with the launch of a West Australian weekend edition — The Weekend West — featuring a dual Saturday-Sunday dateline, and News’ retaliatory launch of a The Sunday Times‘ “lunchbox edition” published early on Saturday to sop up some of the state’s mining-led property ad boom.

Although mostly a marketing tie-up for the City of Perth’s Christmas celebrations, Perth Now still managed to contain breaking news of the questioning of prominent barrister Lloyd Rayney over a murder investigation, in the mould of other capital city giveaways such as the east coast’s MX. It was handed out, according to Perth informants, by a bevy of “scantily clad” workers stationed at key commuter hubs.

Ignoring a shared ownership stake in Foxtel through Seven’s 24% stake in ConsMedia (which holds, like News, a 25% ownership stake in the pay TV operator) the bad blood between the moguls, entrenched during the C7 debacle, continues to simmer.

WA media observers are beginning to draw their own conclusions. Could News be about to take it to Stokes and launch a competing daily? And if so, would Murdoch be prepared to incur the wrath of US analysts who have declared the printed word dead in the sector’s desperate scramble for profits?

Sunday Times insiders say a daily isn’t on the horizon quite yet, despite the rumour that has been bubbling away ever since Rupert visited the Sunday Times new headquarters in 2009, where he reportedly remarked that the fresh bunker “makes me want to put out a daily newspaper in this city”.

The insider said that while a new daily tabloid seemed unlikely in the short term, News could move to expand the Perth Now brand into a daily tablet. The company had hired 10 additional staff, including several “kids with video cameras” and the fresh content could then be tailored for the much-hyped News paywall.

“There probably won’t be a daily newspaper but they’ll probably be some package that comes into your inbox on an iPad, for example. This could well be the daily newspaper Rupert has been dreaming about for all these years.”

(The source added that the extra investment in editorial could come at the expense of sub-editorial staff, with “vicious rumours” continuing to circulate that about six Sunday Times subs could be sent east to Adelaide to work in the NewsCentral sub-hub, already home to the Northern Territory News.)

Real estate ads in the humongous 300-page Saturday edition of The Weekend West makes up the lion’s share of WAN’s $96 million profit last financial year and any Murdoch salvo would aim to siphon some of that largesse into News coffers.

But renowned WA media watcher Tim Treadgold told Crikey that with Murdoch preoccupied by the News of the World saga and the reality that broadcast mediums such as Fox News are the company’s major focus, the expansion of The Sunday Times, which Rupert bought in 1954, would take second fiddle.

“The Sunday Times is the flea in the ear of the great Rupert … in time of Empire it’s the classic Luke Skywalker distraction while Rupert plays Darth Vader,” he said.

The West and the Sunday Times? Don’t make me laugh, these 2 WA ‘papers’ are appalling. A competitor would be good for us, even if it were just more of Rupe’s old-tosh.

I don’t have any time for the dirty digger but why shouldn’t he try to take on the West if he wants. It would not make any difference to the coverage as they are both right wing rags.