Letter from: Belize, beating the drum for Garifuna culture

While legendary Garifuna drum maker Austin Rodriguez has all but retired, the heart of Garifuna culture is still beating strong in his thatched-roof workshop in southern Belize. Inga Ting reports from southern Belize. 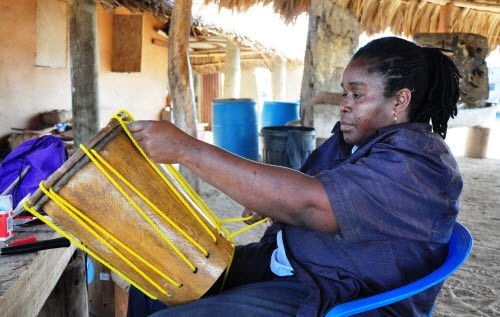 When Belize’s legendary drum maker Austin Rodriguez returned home from a trip to the US, his daughter, Norielee — going against her father’s instructions — picked up his chainsaw and began making drums. She was 15 years old.

“He was gone for almost two months. By the time he came back I had finished all the wood he had left … He was so surprised,” says Norielee, with just the hint of a smile.

The 37-year-old (pictured above) may well be Belize’s only woman drum maker — a distinction that has earned the deep respect of the Garifuna community of Dangriga, the largest city in the country’s south. But unless you ask, you won’t hear it from Norielee. A woman of few words, Norielee is remarkably reticent for an artesan whose list of clients and former clients includes punta rockers Lloyd Augustine, Reckless, Supa G and Belize’s national hero, the late Andy Palacio.

Traditional Garifuna (plural Garinagu) communities are mainly found along the Caribbean coast of Belize, Honduras and Nicaragua. According to the National Garifuna Council of Belize, about 15,000 of the estimated 500,000 Garinagu worldwide live in Belize, making up about 7% of the population. In 2001, UNESCO proclaimed Garifuna language, music and dance a Masterpiece of the Oral and Intangible Heritage of Humanity.

We are sitting in Austin Rodriguez’ seaside workshop, where Norielee makes drums all day, every day, from seven in the morning until five in the evening. She works as we talk, rarely taking her eyes off the goat-skin drum she is making.

She says her father, now 80 (and still making the occasional drum), never instructed her, even when they worked together. “From growing up I always loved woodwork … I just watched how he did the work and I picked it up,” she says.

All Rodriguez drums are made by hand — from felling the tree (mahogany, mayflower, cedar and sandalwood) and hollowing out the logs, to stretching and scraping the skins (sheep, goat and deer. Deer is the most expensive skin, but Norielee thinks sheep skin produces the best sound). Depending on the size, the finished products sell for between $B60-$1000 ($A30-$500).

Norielee shares the workshop with her sister, Aidre, whose Garifuna dolls have also carved a niche in the Garifuna cultural market — much to her surprise. Aidre began making dolls about a year after her mother passed away.

“I had no love for dolls before that; even as a kid I didn’t like dolls,” says the 41-year-old dressmaker. “When my mum died I didn’t know what to do with myself. I was like a lost person.”

She ended up selling drums for Norielee. Several clients brought with them other Garifuna items they had purchased — including dolls in traditional Garifuna dress. “I was looking at these dolls and [thinking] they didn’t really look like how I remember my mum [dressing] as a Garifuna woman. So I decided then to make one, not to sell, just to see how it would look,” she says.

That first doll sold for $B60. So she made another. That sold too. Six years later, Aidre’s dolls are still in high demand. Despite the success, however, Aidre still considers doll making a form of therapy, rather than a business.

“I have no idea [how many I’ve sold],” she says. “Every time I make a doll it’s more like — how can I say?” Her smile momentarily fades and we pass a long moment in silence. “It’s more for me like a time with my mum. Because whenever I’m making a doll, it’s like to give me some kind of comfort for her not being here, when I’m thinking about her, the things she did … So I don’t really just sit down for an hour and do a doll. More often it’s when I don’t have anything to do and I’m missing her.”

The main difference between her dolls and those her clients previously bought are in the outfits they wear, Aidre says. While other dolls are also brightly attired, her dolls’ dresses are miniature versions of the traditional Garifuna dresses Aidre has been sewing for women in the community since she was 16.

The other difference, she says, is in their faces: “The other dolls just had a single piece of thread for the lips but when I remember my mum working she always, always had a smile, and so did most of the women.

“Because the work that they did was like community work. Like making cassava bread, it’s very hard work so it would take sometimes five, or eight, sometimes 10 women [all working] together. They would be telling jokes; they would be singing; they would be talking about their lives … Oh man, it was beautiful.

“And that’s what I remember most about my mum. My mum had the most beautiful smile. So I tried to find a way to put a smile on the doll’s face, just like I always saw with them.”

The Rodriguez sisters don’t have a website or email address, but if you’d like to order a drum or a doll, they can be reached on +501 651 6459 or +501 661 3132. Alternatively, if you ever find yourself in southern Belize, you can find the Austin Rodriguez’s workshop by asking at Dangriga’s central market. 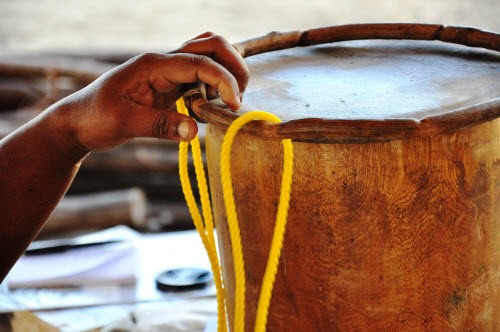 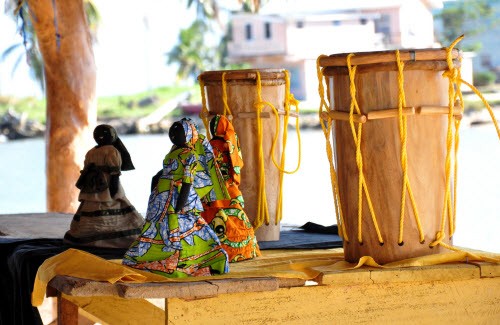 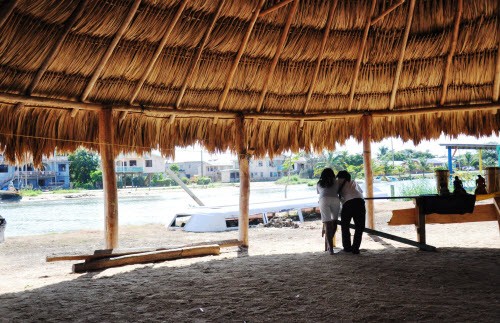 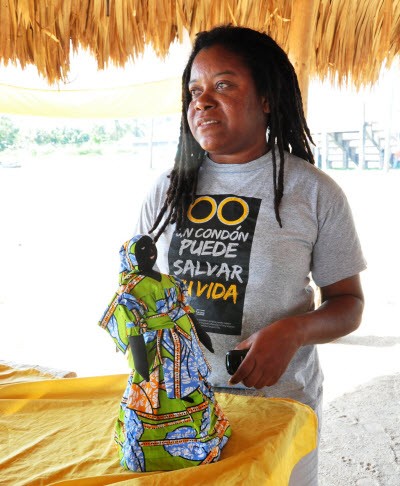 Edinburgh Tattoo Insider tells: my life inside the kilt

Does Mothers Day have to be SO pink?

This is an intriguing and informative story. Could we please have more regular stories about indigenous cultures and craft (including our own)?