A history of La Nina

The Australian Bureau of Meteorology provides an excellent history of La Niña event that helps to put the recent rainfall into perspective with the descriptions below describing those that have had the biggest impact.

Peruvian fishermen named the phenomenon La Niña — the gift giver — because the cold, nutrient-rich water brought to the equatorial Pacific off South America is a boon to marine life, supporting a larger fish population and increasing the fishermen’s catch. Here in Australia the gift isn’t fish but rain but sometimes, as this year, it can be too much of a good thing.

The Australian Bureau of Meteorology provides an excellent history of La Niña event that helps to put the recent rainfall into perspective with the descriptions below describing those that have had the biggest impact.

This was a strong La Niña which had a strong effect on the southeast half of the country, with April 1988 to July 1989 (Figure 1) rainfall in the highest decile for most New South Wales, much of South Australia and northern Victoria, and parts of southern and eastern Queensland. Much of Tasmania and western WA, together with parts of the far north also had falls in deciles 8 and 9 for this period.

From April to December 1988 (Figure 2), above to very much above average rainfall fell across much of the country, but there was a marked break to this pattern over January and February 1989 (Figure 3), when much of the continent recorded totals in the lowest three deciles. However, typical La Niña conditions returned with a vengeance during the March to July 1989 (Figure 4) period when there were widespread falls in decile 10, including record high totals over a large fraction of SA.

Flooding was a regular occurrence during this La Niña, with flooding in Adelaide in May 1988, NSW, northern SA and western Queensland during July 1988, southeastern Queensland in September 1988, SA in March 1989 and central Queensland during April to May 1989. One of the more notable floods occurred in Victoria during November and December 1988 (Figure 5), with widespread flash flooding, particularly in the Melbourne and Gippsland areas. Several rivers broke their banks. 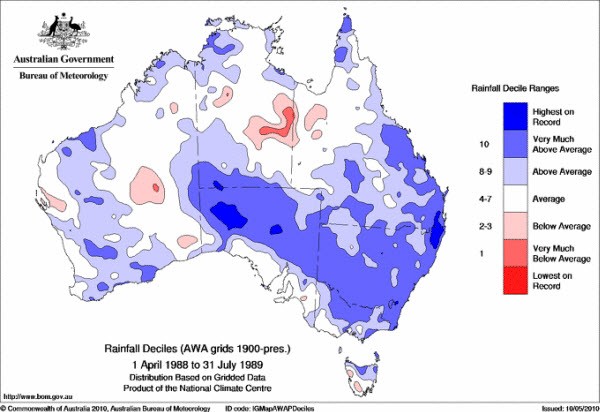 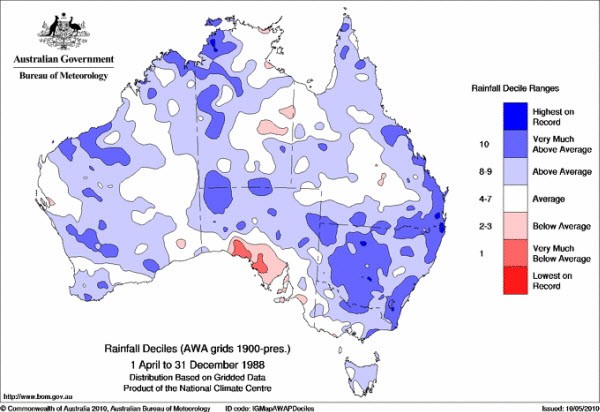 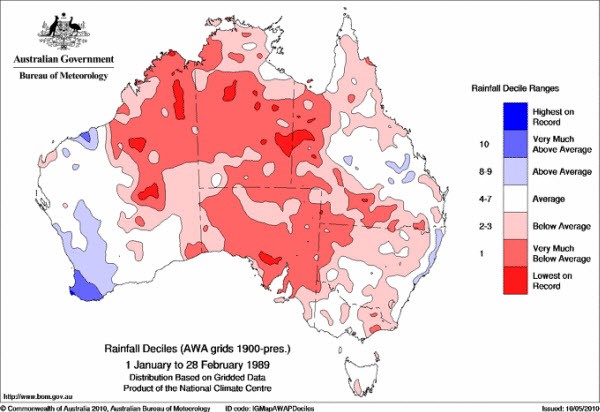 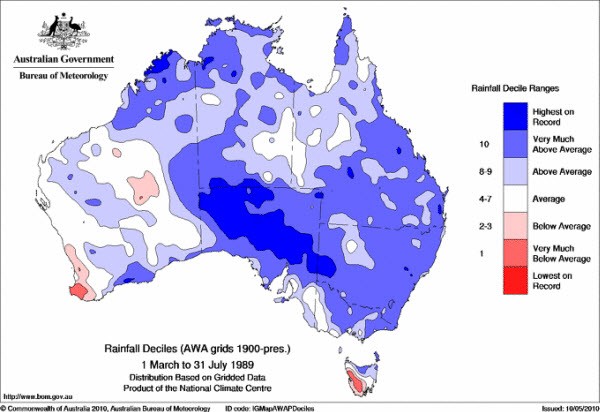 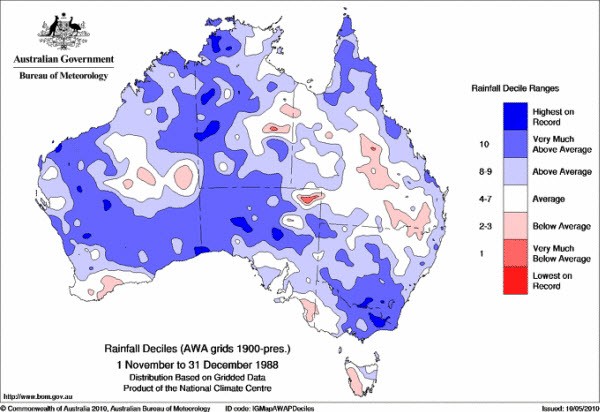 La Niña: we knew it was coming, and it’s not going away