Unprecedented yet there's a precedent. The Australian fails to heed its own advice. Plus, sharks on the beach? Not worthy of a local newspaper front page. And other media news of the day.

Unprecedented yet there’s a precedent. The Australian fails to heed its own advice: 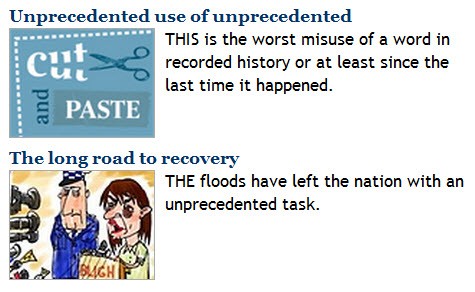 Unfair. A thoughtless headline on a News.com.au article: 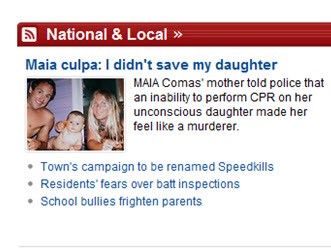 Sharks on the beach? No big deal. Check out the story buried on page 20 of the my local rag in Mosman NSW: 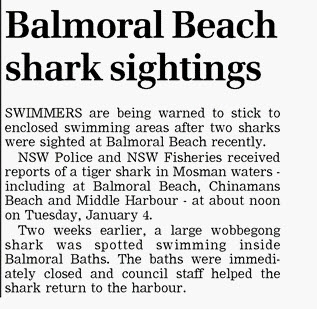 The front page regularly carries stories about dogs in cafes, parking meters and the like: this week a picture of a girl who lived in Mosman for about 12 months before becoming a ballet dancer. Apparently she is now “from” Mosman.

Anyway, some time in late December a large wobbegong shark is seen cruising around inside the last shark-proof enclosure left in Mosman after council decided in its wisdom to remove a larger enclosure at the western end of Balmoral Beach. Then on January 4 a tiger shark is spotted cruising in the area. As far as I know neither story has not appeared previously in the paper (I live in Mosman and admit I flick through the pages sometimes). Gee I wonder why Mosman council aren’t helping to warn swimmers? — a Crikey reader

McKew clings on to Bennelong. Might be time for Maxine McKew to update her Twitter page, even if she hasn’t tweeted since last August. Her Twitter profile background is the ALP banner … 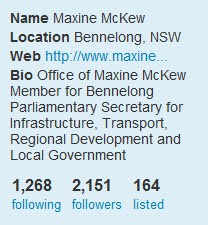 “An official introduction to The Daily, Rupert Murdoch’s new iPad newspaper, is expected on Jan. 19, possibly at an event with Apple’s Steve Jobs. But peeking inside the source code of its recently launched companion website, TheDaily.com, I came across the image below, which appears to be a house ad for the new app. 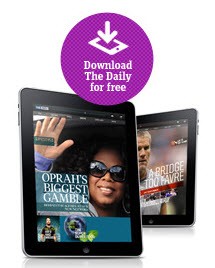 The Daily staff has reportedly been producing sample editions of the tablet app for several weeks, so the covers shown here may represent that work.” — Poynter

“It’s as easy as pressing a key when the language is being spoken — let’s say you’re trying to order some food in Spanish. It translates what you say into the phone on the fly, and then reads the Spanish version out loud, so the waiter can understand. They can then respond in Spanish, and the phone will convert it to English, speaking it out loud.” — Gizmodo

No more sponsored tweets without declaring

“The UK’s consumer watchdog agency is clamping down on endorsements by bloggers and social networkers, who will now be required to state any relationship they have with a product.

“The move brings UK Twitter regulations in line with those in the US, where the Federal Trade Commission requires that Twitter endorsements include the words ‘ad’ or ‘spon’ (for ‘sponsored’) to flag their status.” — Advertising Age

How many iPad owners read the NY Times?

“The iPad App for the New York Times has had 1.5 million downloads since it launched in April, says Ray Pearce, who heads circulation for the newspaper.” — Beet.TV

Should you be first or be right?

“If you followed breaking news coverage of the Gabrielle Giffords shooting Saturday afternoon, you may have been confused by all the conflicting reports. NPR first reported that Giffords had died, and soon after CNN, Fox News and The New York Times did the same. But they then retracted the information, saying she wasn’t in fact dead. NPR, which heard the information from two sources — the local sheriff’s office and a congressman’s office — apologised for the mistake and called it an unintentional error of judgement.” — Poynter

Taking on the Mad Monk

How many iPad owners read the NY Times?

A better question would be – “How many iPad owners can read?”

Moving forward I believe that recently there has been a catastopic use of the word unprecedented.