Maley: jumping off the Asia bandwagon

Last year, the share markets in most Asian countries put in stellar performances. The Thai share market, for instance, rose by 50.8%, while the Malaysian share market climbed 32.5% and there's little sign that inflationary pressures in the Asian economies will abate any time soon, writes Karen Maley.

Last year, the share markets in most Asian countries put in stellar performances. The Thai share market, for instance, rose by 50.8%, while the Malaysian share market climbed 32.5%.

Other Asian markets also performed strongly, with Indonesian shares climbing 31.2%, South Korean shares up 25.3%, while the Indian share market recorded a credible 19.4% rise in the year. The big exception was China, where the MSCI China Index rose by a paltry 2.3% in the year.

But investor optimism has waned in early 2011 on fears that interest rates in Asia are about to move much higher.

However, fears that the Indian central bank will be forced to lift interest rates even higher has caused Indian shares to lose ground in early 2011. And other Asian markets — including Indonesia, Philippines and Thailand — have also had a shaky start to the year.

The pressure to raise interest rates partly reflects the robust economic performance of the Asian economies. Unlike Western Europe, Japan and the United States, Asian economies rebounded strongly after the financial crisis.

This strong economic performance attracted the attention of foreign investors, who poured billions of dollars into emerging markets, forcing up the prices of shares and other financial assets.

But the strong rises in financial asset values over the past year mean markets are particularly vulnerable to a correction, particularly if interest rates rise further, or more quickly, than expected.

At the same time, more buoyant US and European market markets could prompt some of the “hot money” that flowed into Asian markets to return, especially now that some countries, worried about large rises in their currencies, have signalled that they might impose more stringent controls on destabilizing capital inflows.

Not surprisingly, the strong economic performances of the Asian economies has led to rising domestic demand. But this increase in local spending is coming at a time when policy-makers are battling to control the inflationary effects of soaring global food and energy prices.

Last week, the Food and Agricultural Organisation warned the world faced a “food price shock”, after its index of agricultural commodities hit a record, eclipsing the levels reached in the 2007-08 food crisis. During the last food crisis, there was rioting in more than 30 poor countries.

With oil prices hitting fresh two-year highs, and with most analysts tipping that food prices will continue to rise, there’s little sign that inflationary pressures in the Asian economies will abate any time soon.

As a result, it could be a nervous time ahead for investors in Asian markets.

*This first appeared on Business Spectator. 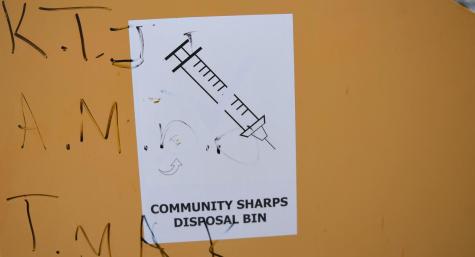