In Brisbane, water doesn’t discriminate between rich and poor

Brisbane is a hilly city, which makes the floods all the trickier. Instead of entire neighbourhoods going under (although many did) a lot of the damage is in small pockets of the suburbs, writes Barclay White from Indooroopilly.

“Water doesn’t discriminate between rich and poor”. This was what I heard a father say to his two sons as we saw the devastation in our neighbourhood yesterday morning. Despite waking to blue skies and sunshine the night had brought the highest flood levels so far and utter devastation to the unfortunate who lived in the flood-prone areas. 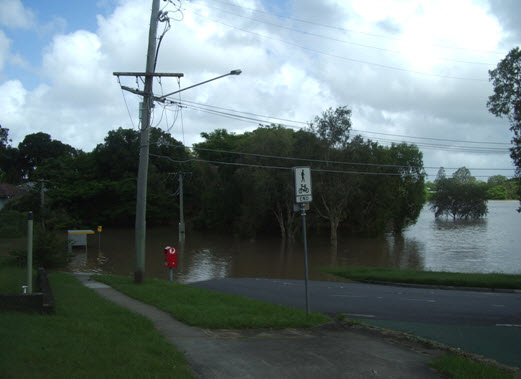 This was the scene over the river from me, as large parts of Chelmer went under water. The wealthier houses on the waterfront were completely submerged. The Gordon Thompson park was now a lake and had taken many houses with it. The waters rose early yesterday morning, leaving people with precious little time to prepare. 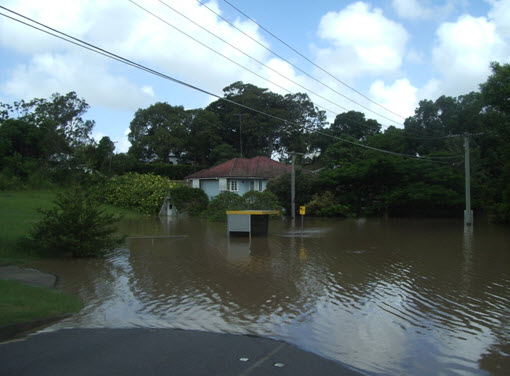 Brisbane is a hilly city, which makes the floods all the trickier. Instead of entire neighbourhoods going under (although many did) a lot of the damage is in small pockets of the suburbs that dip low enough to be flood prone. If you are safe doesn’t depend on suburb, but simply what part of the street you are on. So in many areas we have tiny pockets that are completely devastated surrounded by neighbours that got by completely unscathed. 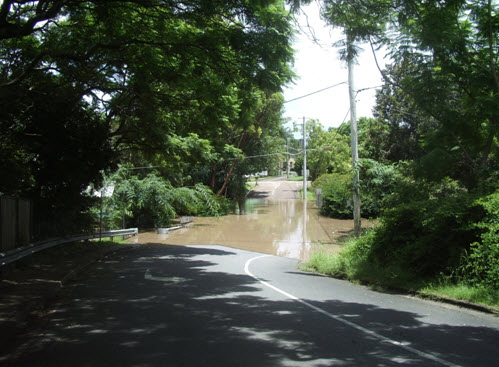 I am one of the lucky ones. Although Indooroopilly is in one of the flood-prone suburbs I am on higher ground and the second floor of my unit, so I will be safe from the rising flood waters. Life in Brisbane has been strange in the past few days. On Tuesday an almost spontaneous panic hit the city. At about midday most businesses let their staff leave and word quickly got out of panic buying in Brisbane supermarkets. Worried residents went to supermarkets en masse and bought what they could. 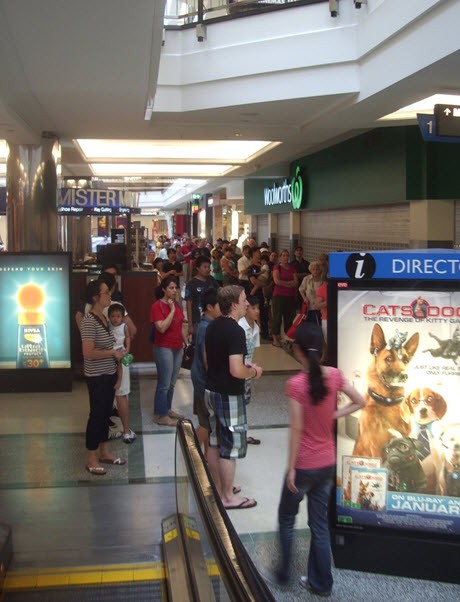 At my local shops the store had hit capacity and a single staff member had to tell the many unlucky people outside that they weren’t allowed in the shop. Inside people filled trolleys with whatever they could. Meat, milk and bread were the first to go. By the mid-afternoon the Woolworths was almost without stock and closed for the rest of the day. 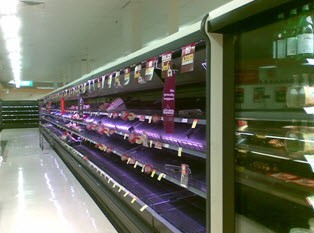 On Wednesday panic buying again was in full swing. Woolworths was working like a military operation, with a policeman guarding the entrance and the manager only letting in 10 people at a time. The queue stretched at least a hundred people long. By 1pm Woolworths again was closed because of low stock with a note saying that they hoped to open tomorrow provided they could get fresh stock. A similar thing happened at the local Coles. It opened late at 9:30am, and by 9:45am all the milk and bread was gone. It too closed in the afternoon because of low stock. 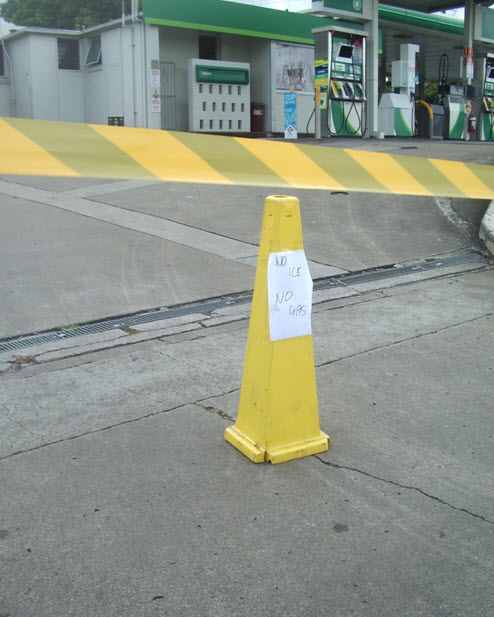 The mild panic is one of the things making life difficult. There is enough food to go around, deliveries are still being made to Brisbane shops, but the self-perpetuating panic is all consuming. The simplest comparison would be a bank run. Although there is enough for everyone, people know there will be a rush on food and buy as much as they can, and because other people are buying as much as they can everyone else does the same until we are left with empty shelves. Today promises another day of panic buying and empty shelves. 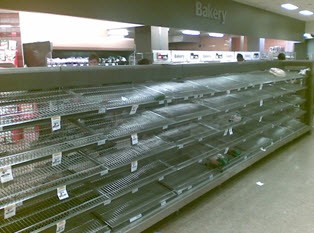 This morning the river is expected to reach its peak. With no public transport, I, like many others, have been stranded and are left waiting for the worst to hit us. There has been a sense of helplessness that we know the worst is coming and there is nothing we can do to stop it. So in the meantime we sit here, listen to the radio, get by on what food we have managed to buy from the empty supermarkets, hope the power stays on and wait for the worst and for Brisbane to slowly turn back to normal. 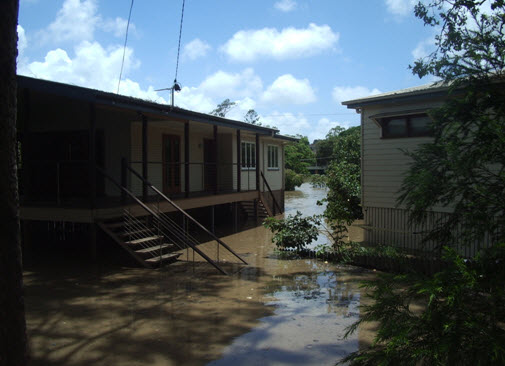 Condolences to those directly flood affected in NSW, QLD and elsewhere and thank whatever you believe in for the Local SES volunteers and the high calibre of Australian emergency services personnel.

My greatest sympathy to those living in student and lower socio economic situations who will still be paying rent to the well heeled slum lords around the university and riverside areas who will insist they do not have insurance to cover the tenants contents and try to bully the tenants into carrying the additional burden of cleaning up their assets.