Despite being dumped from her own website as the Queensland branch of the ALP distances itself from the unpopular premier, Anna Bligh’s assured handling of the Queensland flood disaster is likely to galvanise her standing. That may not be the case for Julia Gillard, whose wooden delivery has failed to ignite public passion during the PM’s first six months in office.

While there are doubts many would recognise the next Premier of NSW in the street, let alone be able to name him, Ted Baillieu could assure him that will change as soon as Barry O’Farrell gains power. Kristina Keneally has little time to focus on the Sydney Festival and she restacks the deckchairs on the Titanic. 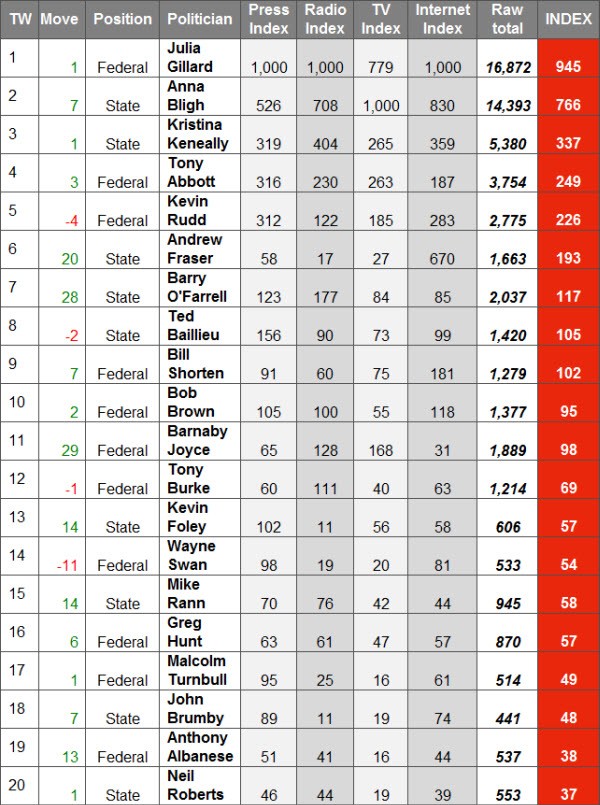 In what was a quiet time for radio-land, the glaring omission here is Tony Abbott whose noticeable media absence continues. SA Premier Mike Rann sneaks in following a sweeping cabinet reshuffle.

It’s hard to argue “Pup” showed much mongrel in his debut as Aussie cricket captain. Poor performances with the bat complemented an inauspicious Ashes loss. The only way is up.