How many remote Northern Territory schools have fallen below par in terms of attendance rates? NT Education Minister Chris Burns has spoken of a "bold new strategy" to curb falling attendance.

Responding to a Dorothy Dixer in the NT Parliament on October 27 last year, Northern Territory Minister for Education Chris Burns spoke of the latest “bold new strategy” from the Henderson government designed to address the free-falling attendance and enrolment statistics at many schools in the NT.

Burns told the Legislative Assembly that his new carrot-and-stick policy, “Every Child, Every Day” was a response to poor school attendance, particularly in remote schools where Burns said it “was down to around 65%”.

Burns discussed a few of the carrots in the new policy and then turned to the sticks:

“… there will also be penalties and consequences. I have flagged, specifically, the department will work on family responsibility agreements and, failing that, people will be issued with an infringement notice, which is a short, sharp way … giving people the message if they are not complying.”

CLP Opposition leader Terry Mills followed with a question to NT Chief Minister Paul Henderson, who, as Education Minister three years earlier had announced a “new campaign encouraging parents to send their children to school every day”. Mills asked why that campaign hadn’t succeeded and why Territorians should have any more confidence in what seemed like a rehash of old and failed policy.

Henderson admitted that his policy had failed: “I am the first to acknowledge the previous strategy … has not worked … what we announced today is much more comprehensive.”

While acknowledging that there are a few remote schools that are doing well, Henderson told Parliament that “… we need to learn more about why those schools are succeeding and why others are failing.”

How many remote schools have fallen below par in terms of attendance rates? By the NT Department of Education’s (DET) own figures, a lot.

That chart doesn’t include data for the last quarter of the 2010 school year. But other figures released by the NT DET on December 27  do give some indication of the extent of the problems in some of the largest of the NT’s remote communities.

This table shows the attendance rates at the NT remote schools with more than 100 pupils where attendance fell below 50% during the September 2010 quarter.

Notwithstanding these bleak statistics there are remote schools that are successfully managing attendance and enrolment issues.

In February 2010 Natasha Robinson reported in The Australian on progress at the Ntaria school, west of Alice Springs, that had “bucked the trend” towards failure. Robinson identified some of the elements that helped Ntaria achieve above NT average My School rankings:

“Principal Darrell Fowler — backed by dedicated teachers and a community determined to create a better future … and the help of charity the Bluearth Foundation, which has worked to overcome behaviour, self-esteem and confidence problems.”

Further north at the small township of Minyerri, an Alawa-language speaking community with September quarter figures of 189 enrolments and 85.2% attendance, principal Neil Gibson listed several factors driving consistently high attendance rates, including the positioning of the school in the centre of the small community, the longevity of his tenure, the relationships that he and staff build with the community and a strong cohort of dedicated teachers and support staff.

Gibson is an exception to the typical remote Territory school norm of short-postings and high staff turnover. He has been principal at Minyerri School for nine years and has worked in the local area for 21 and married a local, herself an award-winning teacher

“The people know me on a lot of levels: teacher, principal, mate, relative, teammate … As a remote school principal I find the key thing is to get out of my office and meet people in their own context. I have an open-door policy, but this goes further. It is a matter of not waiting for people to come to you, but being out there actively seeking contact in the community.”

But in the NT it seems that it is easier for governments to blame, shame and fine the parents and members of remote communities rather than work with them on an intensive and culturally-appropriate basis.

One of the most controversial of the recent “initiatives” — and perhaps the most expensive and least effective — was the Commonwealth’s introduction in 2009 of a policy that linked school attendance with the Centrelink income support payments. The Improving School Enrolment and Attendance through Welfare Reform Measure (SEAM) was started in six NT Aboriginal communities.

Critics of SEAM and similar programs have argued that they are often based on questionable assumptions rather than quantifiable evidence, that there is an unwarranted focus on student and parental negligence, and are often characterised by punitive and simplistic — rather than inclusive and comprehensive — approaches to the complex suite of issues associated with truancy and poor attendance.

In a paper presented to the 2009 ACOSS National Conference, Sally Cowling* examined the rationale behind the introduction of the SEAM program. Cowling argues that the underlying causes of poor attendance are complex and programs that use the “stick” of welfare payment suspension and cancellation — without addressing the underlying causes — are likely to do more harm than good.

Notwithstanding the collapse in attendance rates in remote schools, it seems that the NT government will persist with it’s carrot-and-stick approach to school attendance.

And there are calls for the NT government to go beyond carrot and stick to policies that appear more like shock and awe.

Bob Beadman is the NT’s Co-ordinator General for Remote Services and is charged with responsibility for oversight of government-wide implementation of the NT government’s Working Future policy. In his second report for the period December 2009 to May 2010, Beadman is scathing of the NT government’s failings to address the “big issue that is cruelling the futures of generation after generation of Aboriginal Territorians”.

Beadman sheets the blame directly to Aboriginal parents and proposes increased penalties for truancy as a solution. Beadman calls for the government to drastically increase penalties for non-attendance at school and to “Stare down those who will argue that this will simply increase the goal population because you can’t recover those fines from impoverished people”.

Beadman goes on to argue that:

“It may require shock therapy to get the point across. Who could forget the Grim Reaper campaign on alerting Australians to the AIDS epidemic? Perhaps we should be blunt and say ‘If you don’t go to school you will be poor and die early’.”

Rather than blaming, shaming or locking up the parents of truants there are some indications that current policies designed to address poor attendance may actually be aggravating the problem, particularly in those NT schools that had previously operated bilingual learning programs.

Responding to claims that plummeting attendance rates at the Lajamanu school may have been related to the abolition of the local bilingual program in 2009, in early November last year Naomi Bonson, the NT’s Director of School Enrolments and Attendance, admitted to The Australian’s Mark Schliebs that part of the fall in attendance could be related to the school’s focus on the English language.

The NT school year for 2011 starts in two weeks. Crikey won’t be alone in keeping an eye on attendance figures in remote schools. 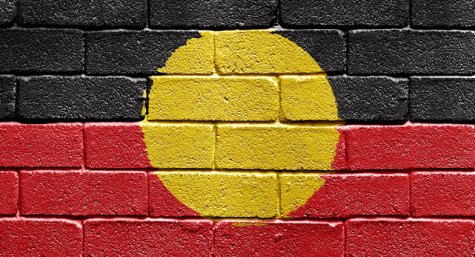 Many of the problems facing disadvantaged students [both indigenous AND non-indigenous] are kept off the agenda. Problems would be big enough IF we faced up to them, but while the P.C. hegemony sweeps them under the carpet, disadvantages are made even greater. Sadly, there’s no prospect of that changing.

In one little article, you have done more than the NT Government could manage to do – actually look at NT schools with good attendance and consider why that might be.

It drives me crazy that silly policies keep on being created without a hint of any research being done or evidence that the policy will work.

Neil Gibson’s explanation for his success boils down to really one thing: good staff who stay on. Kids come to school because they engage with the teachers. But that doesn’t fit with management philosophies. Note how Gibson’s conclusions are mutilated by Sally Cowling, who of course represents management theory in action. Individuals are eliminated, their value eclipsed by abstract ‘values statements’.
I dare say all the cultural respect in the world- and how many teachers can there be toughing it out in remote schools with no concept of this?- counts for nothing if the teachers are only kept on for 6 months at a time.
We need to value the people doing the work and cut the expensive and usually pointless ‘studies’ and ‘analysis’ and ‘management’ carried out at great cost by individuals whose work adds up to repeating the bleeding obvious.

So much easier to blame the Aboriginal people than those making the decisions about how they are treated. No wonder the Aboriginal people give up and think “why bother”?
They know that long after those who would change them are gone that they will still be there training the next lot of seagulls who are only interested in their career and not making a difference.