Natural disasters such as that occurring in Queensland present a difficult task for political leaders.

For the Premier it is a difficult task being handled well. Natural disasters such as that occurring  in Queensland present a difficult task for political leaders. People naturally expect them and the government they head to help in ending the problem but in truth there is very little any politician can do. It is public servants who must be relied on to provide whatever warnings and remedial actions that are possible. The best someone such as Queensland Premier Anna Bligh can do in circumstances such as these is to become as reassuring a mouthpiece as the circumstances permit.

So far, apart from a little hiccup when she spent a day in Sydney with her family before the extent of the tragedy was even predicted, the Premier has handled this responsibility well with comments such as her “this weather may be breaking our hearts but it will not be breaking our will”. She has combined a required sympathy with those suffering so tragically with a reassuring manner suggesting that someone with authority is in charge of the rescue efforts but her real task will begin with the clean-up and the considerable repairs to infrastructure that will be necessary. 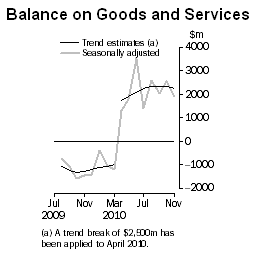 A Facebook favourite. The Social Network has shortened into favouritism to win the Best Picture Oscar on the latest Crikey Election Indicator. Relegated to second place is The Kings Speech 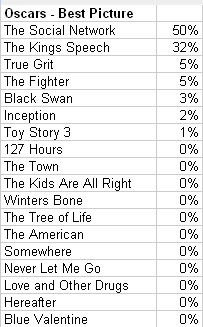