The lightning strike on the Queensland’s Premier’s turbo-prop King Air yesterday could have been serious but for two thin metal wicks no longer attached to the King Air 350 in which she had been visiting towns devastated by the floods.

The lightning strike on the Queensland’s Premier’s turbo-prop King Air yesterday could have been serious but for two thin metal wicks no longer attached to the King Air 350 in which she had been visiting towns devastated by the floods.

These static wicks, like those fitted to passenger aircraft of all sizes play an important role in discharging the potential for the electrical ignition of fuel vapor by sparking upon a mid-air lightning strike. The sort of jump start you don’t want in flight.

The surviving wicks on the wing of Premier Anna Bligh’s aircraft are shown below in one of the photos released by her publicity machine. 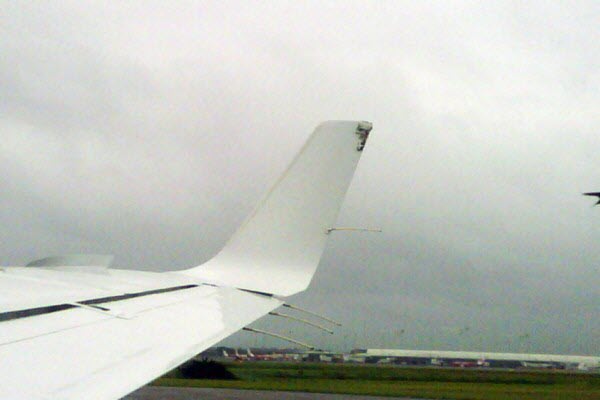 But what worked perfectly for the state Premier, her flood disaster chief Major-General Mick Slater  and the crew of the state’s government aircraft dates back to 1965, when the US Federal Aviation Administration made their installation compulsory following an inquiry into the crash of Pan American flight 214  in 1963, which killed all 81 people onboard.

Pan Am 214, a Boeing 707-121, was in a holding pattern waiting to land at Philadelphia because of thunderstorms that were delaying traffic when it was struck by lightning.

There was a fuel vapor explosion in one of the jet’s tanks, causing so much damage the crew immediately lost control. Since that crash very few airliner crashes have been attributed to lightning strikes, and they include accidents where the role of lightning is controversial or unproven.

Most lightning versus jet videos are also controversial, but nevertheless interesting. 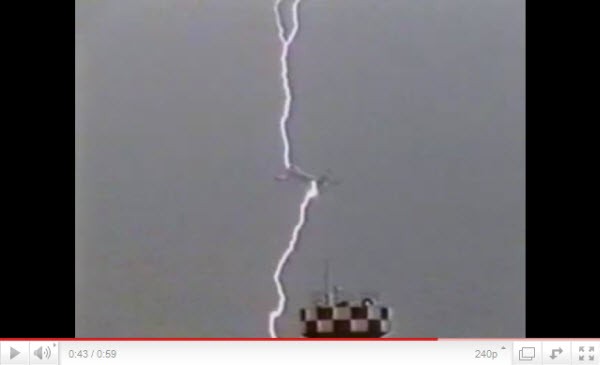 One of the most famous (above)  shows  an All Nippon Airways 747 being struck soon after takeoff. Allegedly at Newark, or Osaka, or Dayton, and also as a freighter flown by a different company, and by Japan Air Lines! One of the fastest way for facts to become blurred, misinterpreted or misidentified is for the viral distribution of the file to spread faster than the will or ability to fact check.

You thought leg room was lacking now? Here’s a glimpse of the future