Hats off to you all. Arsehats, that is. 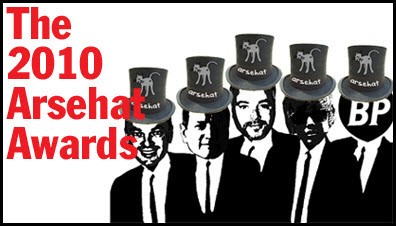 The Steve: for the most painful politician of any parliament

Christopher Pyne. He hasn’t featured prominently this year, one that had painful politicians coming out of its whatsit, and interesting that the federal member for Sturt managed to beat out the namesake of this coveted award, but the numbers don’t lie, and here they are:

To be honest, we’re not sure why we used the word kooky for this award, but it’s tradition now, so we’re going for it. And Bolt got it. We suspect he made a late grab for it with his well timed blog post/gloat last week entitled “Blood on Their Hands…”. Kooky doesn’t begin to cut it. 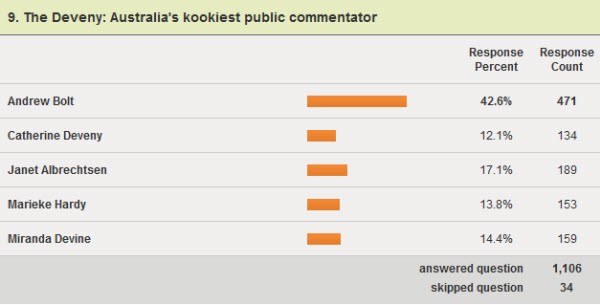 The Werbeloff: most undeserving but overexposed media personality

No real standouts this year; it was politicians that dominated the media cycle rather than personalities, which is why this one reads as… well, a little outdated — Kyle Sandilands, back-to-back years for The Werbeloff for no apparent reason other than just being…

The Working Family: most overused expression in public rhetoric

So many new entries this year, mind you the data was skewed by the number of times the freshly-minted prime minister uttered “moving forward” in her opening speech on day 1 of what was to be the most painful election campaign in living memory. Vocabulary was the loser in 2010… 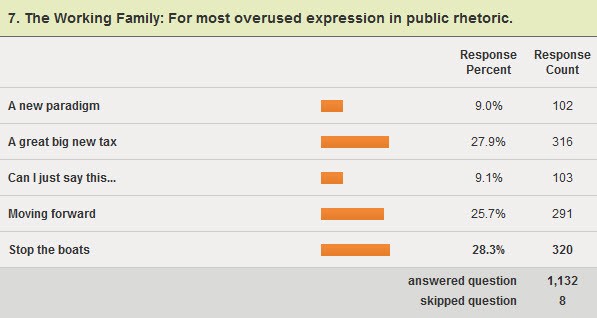 Justin Bieber is not a meme. Unless you count his hair, and we acknowledge the missed opportunity in decorating our Twitter avatars in his photoshopped tresses, as opposed to the NSW premier’s trademark flips and/or Latika Bourke’s Fedora… But no matter. Thanks to Crikey readers for getting Baby (baby, baby) on loop in our heads… You’ll get yours. 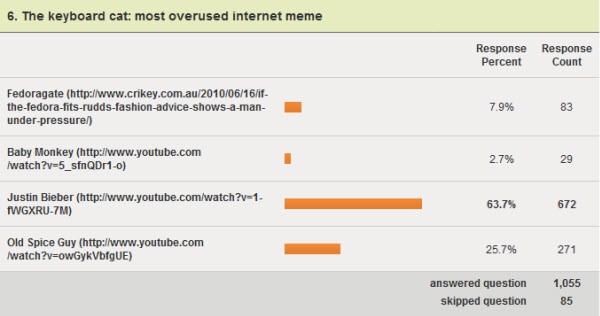 The Madoff: most spectacular corporate misadventure

The University of East Anglia award: most significant contribution to the environment

If you consider the 4.9 million barrels of oil that gushed from the Macondo well a contribution of sorts, then hats off to you BP. Arse hats, that is.

The Crikey Awards: vote now for the good, the bad and the ugly!

An observation: the kookiest commentator contenders seem to be heavily balanced toward the female gender. But nobody can put a glove on The Bolter, he owns this award.

Why are we here? Where do we come from? Pyne and Bolt, how do they survive? Will we ever know?